You know what this genre needs more of? Found footage films. No, really… Can you taste my sarcasm? I’m constantly on the fence about found footage films – mostly because they look cheap, sound cheap, and feel cheap. I think we, as horror fans, deserve better than this. And, since I’m sure it won’t be happening any time soon, I’m happy to take a well done found footage film over another shitty one any day – especially one that feels like a love letter to monster-horror movies.

This is exactly what you get from Digging Up The Marrow. Adam Green (Hatchet, Frozen, Grace) takes his love of the genre and dotes on it just enough throughout this mock-doc/found footage film that you suspend your disbelief to go along for the ride. If that’s not what you’re looking for in a movie, I don’t know what is. 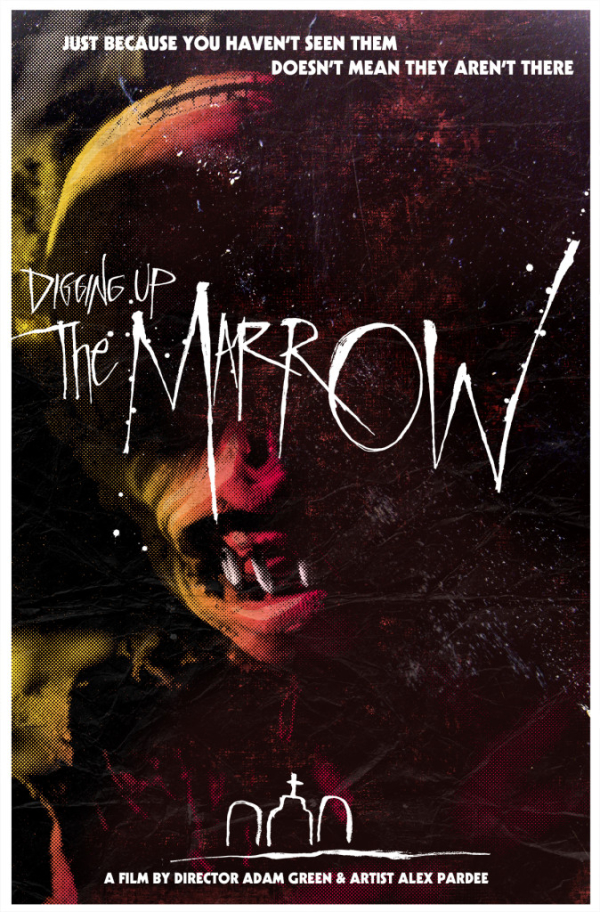 Digging Up The Marrow opens like a well-filmed documentary – interviewing con-goers, horror actors, directors and writers. Tony Todd (Candyman) talks about his imaginary friends and Alex Pardee (monster illustrator, ZeroFriends) is exuberant in his belief that monsters exist anywhere you cannot see. As we speed past title cards for Adam’s production company we come to Adam sitting, uncomfortably, in front of the camera talking about the devotion of horror fans – and the weirdness of them as well. We’re soon introduced to the purpose of this mock-doc: William Decker, a fan who believes, wholeheartedly, that monsters exist and that he has found the entrance to their world – the marrow.

You follow along as Adam visits Decker’s home to interview the man with the monsters. If you raised an eyebrow at all, wondering if this was an actual documentary or not, you can rest your face here. William Decker is expertly played by Ray Wise (Twin Peaks, Reaper), essentially shattering the illusion of anything real. The movie continues from here with your typical found footage interviews, stakeouts, queasy cam, and things gone horribly awry. But it’s so well done, it’s pretty damn forgivable. In fact, you almost forget you’re watching the bane of movie-making mediums and just dig in for more. 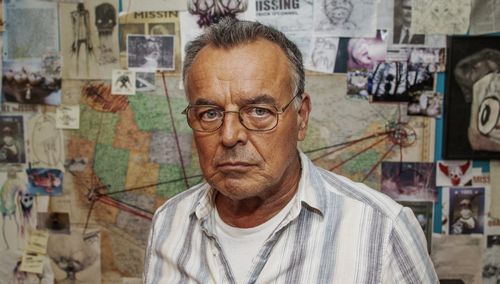 Give us all your Ray Wise.

Adam doesn’t hold back for too long before showing you one of Pardee’s monsters in the flesh. It’s a quick glimpse with a jump scare that even startled me. We do get to see more monsters, but that wasn’t even the best part. After the first film-capture Adam attempts to convince his partners that what they have found is real. That the footage is actually of a monster. In attempting to get an expert opinion on what they’ve seen, Adam calls in Kane Hodder (all around badass, Hatchet, Jason X). Kane watches the footage and comments on the effects, the lighting, and the need for more found footage movies – because: sarcasm. There’s a good laugh and an eye roll as Adam sits behind him attempting to explain that it’s not found footage, it’s footage footage.

Digging Up The Marrow continues on with more monster hunts and quite a few digs at Adam’s body of work. This minor element of self-deprecating humor makes the movie even more enjoyable. It’s like a little nod here and there acknowledging horror tropes at Adam’s expense. I don’t want to give you all the nitty gritty details of the movie, because it’s worth a watch. But here’s a few key points I think you should know before going in: 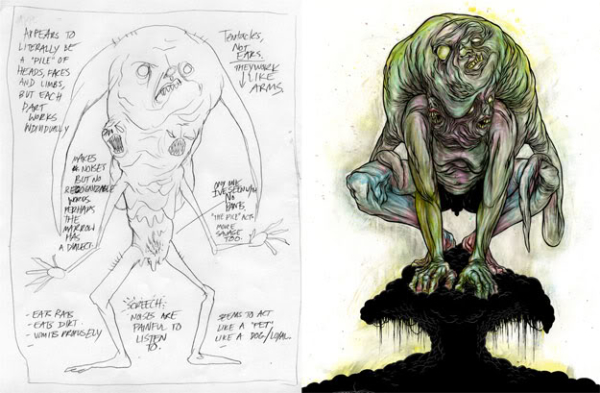 If Alex Pardee’s monsters are real, I don’t want to know. 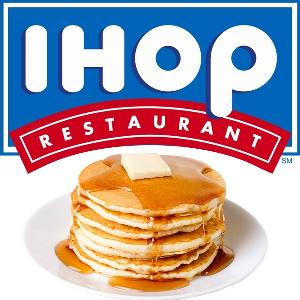 The end of the movie has the monsters turning the cameras on William Decker and Adam Green. They are real and they are pissed. Why can’t we ever just leave well enough alone? Probably because of our inherent desire to bond over pancakes. Or, you know, to know what’s in the dark. Maybe at the end of the day WE are the monsters. Either way, Digging Up The Marrow is a fun little movie with a wink and a nod to a genre that makes us all excited, and occasionally, makes us all groan.

Rating: 4 short stacks out of 5

** Authors Note: I totally had pancakes for dinner.