In a time when zombie movies are in abundance and fandom seems to run rampant, it’s hard to say that anything is really wrong with this sub-genre. As the Zombie Honey, I feel like I’m qualified to say: there’s something wrong with the zombie sub-genre – but it can be fixed!

I like zombies as much as the next guy or gal, but year after year (hell, sometimes month after month) I am witness to another of the same zombie trope-filled schlock that we’ve all come to know and love. And, while my love for zombies runs deep, so too does my desire to see something new and exciting bloom from this perceived low-hanging fruit. 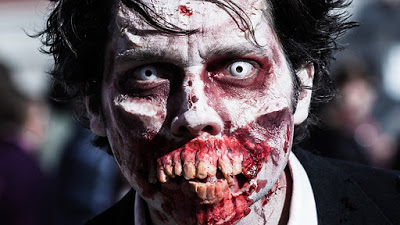 Zombie movies bear their share of poo-pooers for being formulaic, over-done, and all around similar to every other zombie movie out there. Unless you’re watch nothing but Romero movies, you’ve been privy to every reused and tired trope there is regarding zombies. Hell, Romero is the biggest poo-pooer of them all – even though I find him guilty of some untoward zombie filmation with Diary of the Dead and the unseen-by-me-as-of-yet Survival of the Dead.

But, plenty of movies within the horror genre, and all of its sub-genres, suffer from this ailment. One good, original idea becomes the catalyst for a million more movies all trying to perfect it. Make it better, stronger, faster. No. Wait. Sorry, that was the Six Million Dollar Man. Although, it does apply here – especially to our beloved zombies.

I think that is the problem. There is so often too much, too fast. Whatever happened to quality over quantity? Sure, my entertainment should be entertaining, but that doesn’t mean I need a new piece of entertainment every day, week, month, or even year to make it worthwhile. In fact, if you feed my eye holes something unique and truly interesting I’ll be more likely to rewatch it. To absorb it. To recommend it. 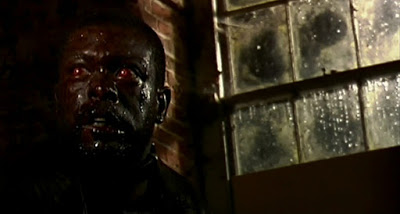 Of course I understand that imitation can breed creation. That’s wonderful. And I think good things should be imitated. Until you can create your own unique product. But therein lies the rub. Hollywood – or rather – big budget filmmakers very rarely seem to be creating their own unique product. Don’t get me wrong, I do understand that those filmmakers DO eventually make something unique to them, unique to the world. Something devoid of most of the tropes we are all too familiar with. Something that twists and turns what we thought we knew into something else entirely. But it’s not often enough.

And with that, I give you the solution to this problem plaguing our zombie movies: Independent zombie films. Whether they are coming from within the zombie sub-genre’s own sub-genres or not, independent zombie films and filmmakers like to play with what we know turning it into the unknown. This makes the Zombie Honey very happy. I’m even happy with low-budget zombie films that aren’t necessarily independent because, when you’re not balancing budgets with big names and big productions, you’re delegating those funds to big creativity. I am a fan of turning a genre on it’s head every now and again.

New, or old, filmmakers breaking ground is always exciting – and so often we miss it – whether it’s the well-known creator that finally got to make his pet-project, the unknown creator trying to bust through the packed-in ground, or the dude next door with a hope and dream and a pack of enthusiastic friends. Indie films are inspiring. Sometimes they aren’t good, but they made an effort and it’s a mighty effort, indeed, because films aren’t easy – whether it’s a short or full length film. Independent movies, good or not, remind you that people are thinking about the subject you love and creating new ways for you to love it. They aren’t spoon feeding you the same shit you’ve consumed a thousand times over. 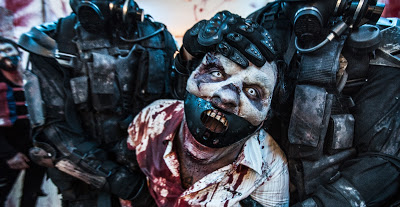 Breaths of fresh air in the zombie genre – the irony of that statement isn’t lost on me by the way – rarely come from hollywood proper. The come from the imagination, the heart, and the soul of the many zombie fans out there that want to create a zombie experience you never thought about before. One of my favorite zombie movies is NOT an independent film, but my favorite zombie movies of the past five years have all been indie films.

What I’m saying is, if you’re thinking of breaking up with zombies because you’re tired of the same old-same old, try something new. Something you haven’t heard of, by someone you haven’t heard of. Worst case scenario you end up watching the living dead do what they do and you take the genre for what it is. Best case scenario, you see something new and inspired that reminds you what CAN be done.