I’m referring here to the TV show, not the movie.

I am not yet part of the Hannibal fandom. I know, I know, you’re surprised. Me too actually. Since I was a little Blitz I’ve been a fan of the creepy, the macabre, the murderous. In fact, I knew who Hannibal Lecter was before I knew who Scrooge McDuck was. I’m also, luckily for me, far enough removed from the Hannibal fandom that the memes that bombard my Tumblr dashboard are still interesting without giving anything away. 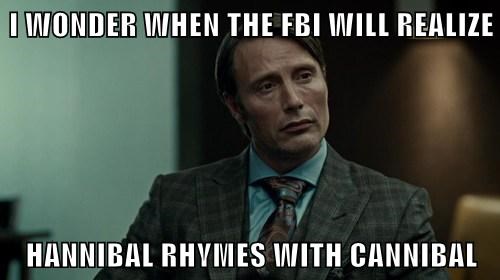 There is a very special place in my heart for all things in the Hannibal story archive. I was introduced to the brilliant cannibal in Manhunter. Silence of the Lambs is one of my favorite ‘pass the time’ movies. And while some will denounce Red Dragon as a bad movie, the reinvention of Francis Dolarhyde makes me giddy. Hannibal the movie, however, I did not like.

All that being said, I’ve started watching Hannibal. Thus far I am enthralled with the set design, the washed out colors, the dreamlike quality of the music. I buy good ole’ Larry Fishburn as Jack Crawford and Mads Mikkelsen is more than adequate to give me the heebee jeebees. So far, what I like the most is Hugh Dancy as the all too empathetic profiler Will Graham. Since the very beginning of the pilot episode my heart strings were tugged at by throwback affectations of William Petersen in the same role in Manhunter.

Certain movements and vocal treatments made me pay closer attention. I want to get lost in cases with him. Not just because I see similarities to something I was entertained by as a youngin’, but because just as it was back then, there was something in the eyes of the actor. I’m drawn to actors that lose themselves in roles. You can see it in their eyes that they aren’t quite themselves and they don’t know where the next action is coming from, but it will be genuine. I like genuine. Especially when you’re playing in my field of interest. 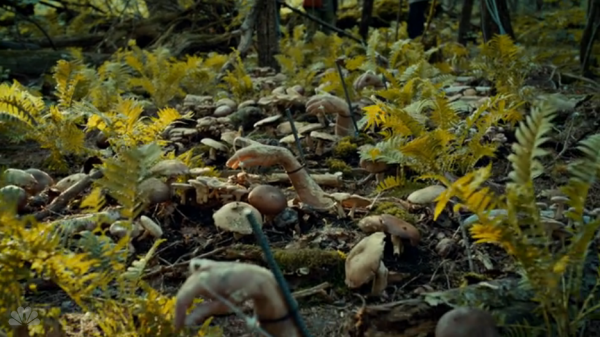 I finished watching the pilot episode and knew that I would be more than happy to keep plugging along until I was completely caught up. But, I’m watching this with a friend and we’re taking it in slowly. One episode at a time, no marathoning, which means we can savor it. Chew on it, if you will, like Hannibal chews on freshly sauteed lung. Watching it slowly, episodically, rather than speeding through it is allowing me to appreciate the production of the show, the writing and the character interpretations. Not to mention the absolutely gorgeous, if disturbing, means of murder.

So far, I’m a fan of this Hannibal, not the other Hannibal.