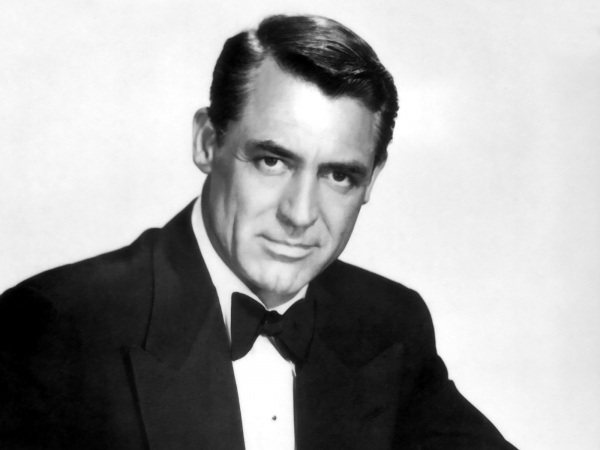 I’m a fan of classic films. The world seemed so much simpler back then. The ladies were sassy, the men were as tough as nails, and when a couple fell in love it seemed to last forever. The bad guys were real bad guys, heroes were rogues and comedy was as much about wit as it was a quick pratfall. I like Bogart. I like both Hepburns. I like Cary Grant too, even though many will say that Jimmy Stewart was cooler. It’s true, Cary Grant was what men wanted to be whilst Stewart was who men are, but Cary Grant… well, he was awesome anyway. 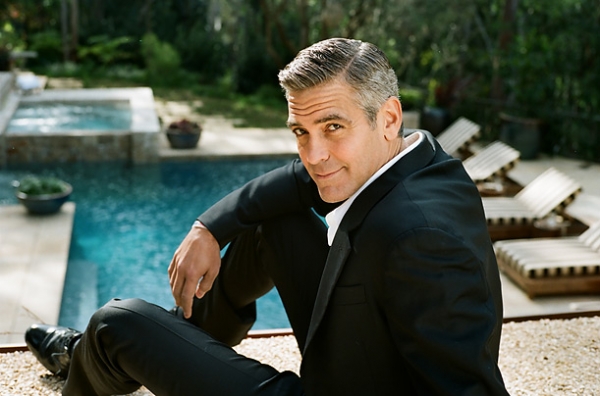 I see it mentioned all the time that George Clooney is this generation’s Cary Grant. He’s got those good looks, that style when he wears a suit, that voice that seems to make the ladies go “ooh”. I can see the comparisons, at least on the surface. The physical resemblance is pretty close. But where it counts… no. This generation’s Cary Grant is not George Clooney. I’m sorry, but it really isn’t. Clooney may be lots of things, but he’s not that guy. It’s another George, and here’s why I say that…

Grant had style, looks and a voice that seemed to make the ladies perk up and take notice. He could play the serious roles, but his real gift was for comedy. If you don’t believe me, check out Arsenic and Old Lace, Bringing Up Baby or His Girl Friday. He was incredibly athletic too; in his youth he was an acrobat, juggler, stilt-walker and mime, so his quick wit onscreen was usually matched with physical comedy and a quick look at the camera. He looked good, but he had no problems playing goofy. So who is this generation’s equivalent? 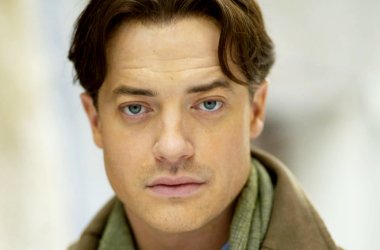 Before you snort your coffee all over the screen or gouge out your eyes, let me explain.

I was watching George of the Jungle the other day, and thoroughly enjoying it. You know how it is. I’ve never heard anyone actually bad-mouth that film, it’s just so fun. It makes you chuckle in all the right places, and Fraser’s facial expressions sell every gag. He looks wide-eyed and innocent, manic when doing his java routine and is so physical it’s scary. He also juggles fruit in one scene, and that’s not a weird sexual euphemism. He slaps on an Armani suit at one point, and he looks pretty darn good. 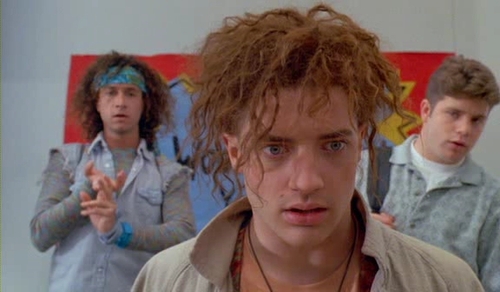 I figured I’d go back in time a bit and watch Encino Man (or California Man to anyone outside of the US). Sean Astin acts like a jerk in it, Pauley Shore reminded me of why I used to like him in the first place, but that was really Brendan Fraser’s film. As a thawed-out caveman he excelled, an innocent in the modern world selling every emotion with facial expressions. He had to, because he barely said anything in that film. That’s an impressive feat.

He did those Mummy films and was really cool in them, looking good but just as likely to pull a funny face as a gun when the situation got dangerous. He hung out with Daffy Duck in that Looney Tunes film, playing it straight enough to be believable but still silly enough to be funny (and he got to punch out “Brendan Fraser” as he took some self-deprecating digs at himself). He’s played serious and he’s played silly. Yet he’s always been good, acting well and looking smooth. He’s got the whole routine down, and to be honest he’s better than George Clooney no matter which way you slice it. He just doesn’t have George’s mighty public image. 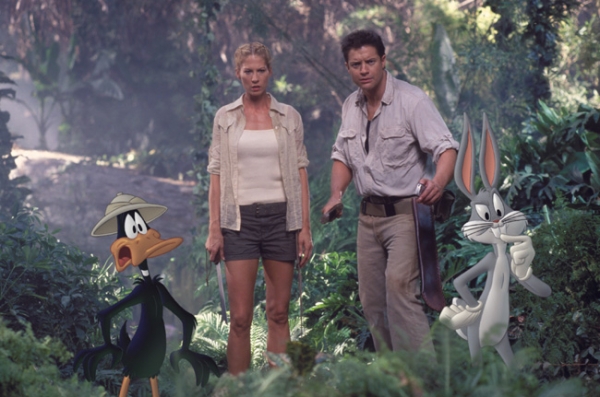 Brendan Fraser’s been pretty quiet lately, and he’s not a kid anymore, but I like the guy as a performer. He’s entertaining in a way that reminds me of the old-school movie stars, and doesn’t seem to be obsessed with red carpet gatherings. He doesn’t have a star on the Hollywood Walk Of Fame, I’m sure that those people who compare Clooney to Cary Grant don’t mean any harm and I can understand why they’d say that, but in terms of sheer performances I just don’t buy it. To all those publicists and media people, I’m sorry I’m not buying into the hype but I’m thinking for myself and sticking with the other guy.

But as cool as I think Brendan Fraser is in his films, I’ve got to admit that the Cary Grant of this generation isn’t my favourite Cary Grant. That honour goes to Cary Grant himself. Because no matter how good a remake may be, sometimes you just can’t quite beat the original.