From Princesses to Teen Titans

I had no idea there was such a thing as a geek when I was a kid. No, really.  Buuuut, I figured out that what I read and liked to watch was different than most of the kids around me. I was the one reading Zelazney’s Chronicles of Amber, or – wait. First, a kid my age shouldn’t have been reading that. Second, when I re-read them as an adult, I shouldn’t have been reading that.

Anyway! I could also be found reading Stones of Shannara. Anything that had a Vorkosigan in it. Jordan’s Wheel of Time. I tried to use the One Power. I was, and still am, sadly lacking. I was also the one with the rare comic book; they weren’t readily available where I grew up. Dazzler was my hero. As was the made-villainess Kole in Tales of the Teen Titans (I STILL HAVE THAT COMIC. SHE TURNED PEOPLE INTO CRYSTALOHMYGOD).  I became infatuated with Witch Blade and the ensuing, mostly shitty, television show.  Oh, and Spawn. Beautiful, dark Spawn. 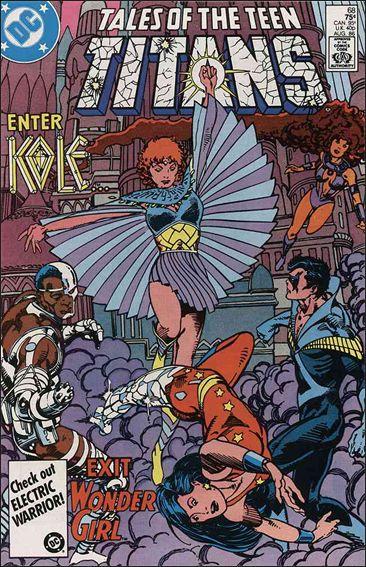 I’d be the weird kid checking the Star Trek videocassettes out from the library.  I’d watch The Next Generation on broadcast when I could. Later, when I had cable (and even more so now with THE ALMIGHTY INTERNET) I was watching missed episodes, Buffy, Farscape, every bad sci-fi movie that came on, even Beast Master was on my screen in the wee hours. I HUNGERED FOR IT. Add video games… yeah.

I quickly noticed that most folks didn’t understand that this stuff was like air to me. So, I hid and eventually dropped many of these loves for ‘adult responsibility and pursuits.’ Or as I now refer to it: being stupid.

And then I had a kid. You can’t get more adult and responsible than that. Or so I’ve been told. I’ve written about my daughter’s impact on my MMORPG’ing life in Gaming Addicts Anonymous. I mean, the end result was mostly good. Like showering, eating, and sleeping are good. I GUESS. Regardless, I thought it’d be insta-kid-love for her to love my things. You can stop laughing. Because of course that didn’t happen. Know what this kid, my blazing supernova of love, was into at first? I’m talking from about eighteen months of opinionated age to the present, more-opinionated age.

Princesses. Disney Princesses. Barbie Princesses. Any princess that wore pink and was a princess. So much princessing. It drove me absolutely insane. But as someone who had grown up with a bit of a different set of likes than most of those around her, I dealt. Even if I despised the color pink and the way it made my brain shrivel and die, I dealt.  It made my kid happy, and that made me happy.  So happy that I suffered through many a princess movie. Princess books every. single. bedtime. Twice. Playing princess with wee plastic dolls that I wanted to melt in the oven when I baked. Princess video games. Princess dresses and crowns and shoes and jewels. The geeky friends I’d made, some parents, some not, had shown her that superheroes were cool. Norse mythology was kinda kick ass. Comics rocked. But, it was still princess.  I suffered through her princess-gasm phase that’s… still ongoing.  So, naturally, like any good parent, I made her suffer through my things too.  Age appropriate, mind. Often to the repeated beetle-boring-into-my-brain complaint of “Mommy, when can I watch what I want to watch?” Because what was on screen wasn’t a frigging princess.

But then, something happened! A Christmas Miracle. A show called Stargate: SG-1 was on because I, the normal, sensitive adult I am, was on a kick re-watching all ten seasons. I’d been returning to my geek roots, and lo, what was this? My child, in her Cinderella dress, snuggled up to me and asked, “Why does that guy have that thing on his head?” In between shushing her and listening to the rest of her gazillion queries, I began to tell her about the SG-1 team and the mythology of the Ancients and the Goa’uld. Amazingly, she loved it. Still does. Gradually, other geeky things began creeping into her highness’s likes. Robin, of Batman and Robin, has been her crush for over two years. She’s totally into Doctor Who, now (FISTPUMP!). Best of all, we’ve been watching our way through all the original Star Trek episodes. 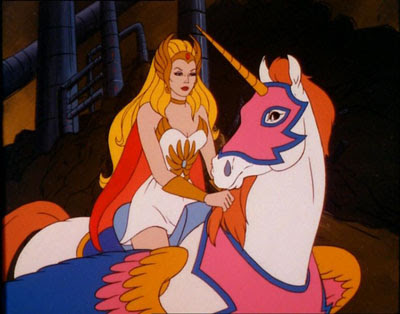 There’s this wondrous princess-geek balance that I wouldn’t give up for the world. While we’re reading stories about princesses and she’s got another princess dress on,  we’re working on our Halloween costumes: Bat Girl with pink detail instead of yellow. I CAN COMPROMISE.  While we watch Barbie Is A Princess And Has A Bazillion Gowns in Pink, it gets balanced by She-Ra (“Hello, MOM, she’s a princess, too.”), Star Trek, or Spider-Man. This month, my princess turns seven. How far we’ve come! I’m making her a Raven Teen Titan birthday cake – at her request.
Breeding geeks isn’t about subverting kids into things we find awesome, it’s letting the little tribbles find their own inner geek however they may, and letting them see us adults get all unabashedly elated about our own nerdtastic fangasms.  I make it my mission to show her the droves of beautiful nerds and geeks that declare fealty to their passion. I love, and I mean L-O-V-E, Arthur Curry, Aquaman himself.  When I explained to my monarch-in-training about how people lovingly make fun of my adoration of the Atlantean, she pondered for a moment and said, “Maybe someday, when I don’t feel nervous, I’ll wear my Robin cape to school. Because I love Robin just like you love Aquaman.”

While I don’t want her to feel this nervousness, this fear that no kid should have, I get it. The only geek gear she’ll wear to school is her pink sparkly Batman tee.  I understand her not wanting her second-grade classmates to know she loves Captain Kirk or wants Robin to be her boyfriend.  Just like I can understand what it’s like for her to feel different for the things she’s into (these little people pick up on that in a way that makes us adults look like social idiots); I also understand that she needs to feel secure and comfortable as herself.

So I smiled and asked, “Why don’t you go put your Girl Robin cape on now while we make dinner, hmmm?”

And she did, swooping into the kitchen, singing the Teen Titans theme song and throwing a batarang at my backside.  Keeping geekdom alive has never been better.

daharaDreams: Well, hey, I’m Jen. I craft. I also like to write. And I like to sell the stuff I make, so I can make more. And it makes me happy. I like to write because, well, I do. I was an English major. And a business major. That’s a double major … Follow me on Twitter @daharaDreams.