A long time ago in a country far, far away…

I was a little kid when the first Star Wars movie came out. These days it’s known as Part IV: A New Hope, but back then it was the only film they’d done and it was just known as Star Wars. That’s what everyone called it, and many fans still do. Yes, it may have a “proper” title now but for me it’s still Star Wars. The one, the original, Star Wars. And as you can imagine I loved it.

It’s a love that’s survived several special editions, three poor prequels and a Disney buy-out. That first film (and then the two sequels) have a special place in my psyche, being cornerstones that have influenced me in ways that only those close to the Force could ever understand. And like the Force, they’ve also helped bind the galaxy together with myself and other fans. We share that common ground and have an unshakeable belief that – no matter what the universe throws at us – Star Wars is, at its core, good. Even Han Solo treading on CGI Jabba’s tail can’t sway that knowledge.

I have the films on DVD. I have them on video too, in various editions and box covers. I have some of the books and comics. I have some toys. I even have a Star Wars cut-out paper doll book. When I saw The Lego Movie I cheered during that brief Star Wars scene and felt no shame in laughing at the jokes it brought. It’s probably as much a part of the canon as the paper dolls, but it’s still Star Wars and that counts for a lot.

I watched the Clone Wars cartoons, which got better as they went, and I’ve started watching Rebels and have a soft spot for some of the characters (although it’s too early to tell if it’ll be a great show). I’m even looking forward to seeing JJ Abrams bombard me with lens flares in the next upcoming movie, because they can’t be worse than The Phantom Menace… I hope.

But reading something about Rebels online caught my attention. Many fans have taken up the battle about what’s canon, what isn’t, what’s Expanded Universe, and what’s new canon. Personally I liked the idea that it’s all canon, like we’re looking through windows into the Star Wars universe, but that some of the windows are a little dirty so we don’t get a great view. The original movies? Clean window. The books? A dirty window. Greedo shooting first? A cracked, diry, frosted window that’s been painted over and has a To Rent label stuck on it. 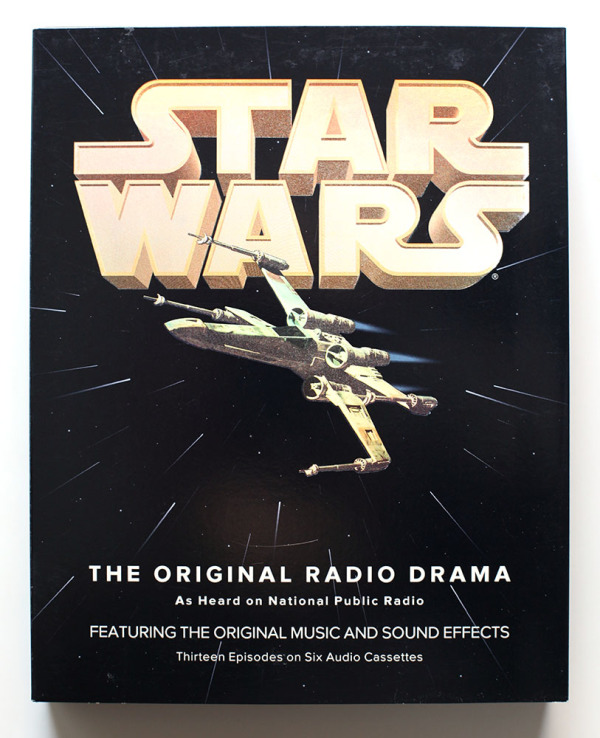 Recently I came across a window that, for me, is so clean and polished that I could see my reflection in it. On the other side was the original 1981 radio series broadcast that I first listened to back when I was a small child.

Back before corporations took everything over, George Lucas obligingly sold the radio rights for $1 and allowed full use of the effects and the music from the movie. Only two of the original cast are there – Mark Hamill and Anthony Daniels – but the rest of the actors do a fantastic job. Also, I believe that Perry King originally auditioned for the role of Han Solo so it’s somehow right that he plays the role here. But the story…

The story is Star Wars like never before or since. Yes, every moment from the film is recreated faithfully but there’s so much more backstory and new dialogue, with extended and new scenes all over. Luke Skywalker races a pod while Biggs advises him not to join the Imperial military; Princess Leia’s work with the rebels before she gets those Death Star plans is shown, along with covering the relationship with her adoptive father. Han is such a rogue that not only does he shoot first but he even considers ditching everyone just so he and Chewbacca can escape from the Death Star. 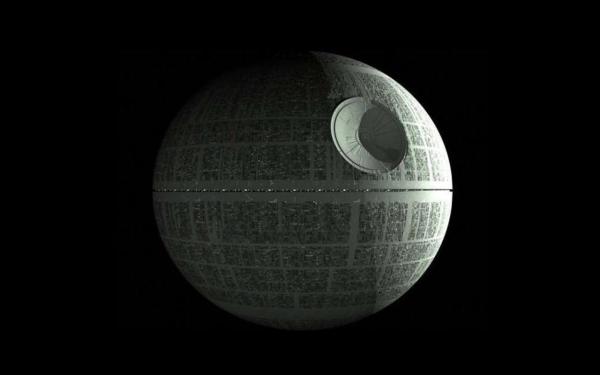 It’s the special edition you never knew you wanted but that you totally deserve. It doesn’t mess around with anything and gives you Star Wars the way you know it should be.

When I heard it again after all this time I was surprised at how new it sounded, but shocked at how I could still remember some it. Various words and phrases triggered those trace memories deep in my mind, with waves of images flooding my brain from over thirty years ago. Stepping back and looking at that window again I saw myself reflected in it, suddenly 8 years old again and full of wonder. None of those other Star Wars products, prequels or debates about canon had tainted me, and nor had life. I was an innocent once again and it gave that back to me.

I love Star Wars, always have and always will. I’d just forgotten why. The Star Wars radio series has reminded me why. Maybe you’ve forgotten too, but if so just give this a listen because it’s truly amazing. And now I can say something I haven’t said in years, without any potential shame whatsoever:

May the Force be with you. Always.