The Expendables and The Expendables 2 are fun fucking movies. They aren’t great by any stretch of the imagination, but who really expects them to be? There have been talks of an all female expendables movie for a while now and I’ve read a handful of articles speculating who the starlets may be. Some have been good, some have been passable, and others have been down right questionable. What I gather from most articles is that they are pulling their cast from a short list of women action stars who are still actively acting and making their way in the industry. Granted, they may not be making the best movies – but hey, they are still making something.

For me, it’s not okay to cast Katee Sackhoff, Sharni Vinson and Gina Carano in this proposed film. They are actively being bad ass and young and building their portfolio of actiony goodness. For me, what makes The Expendables so great is that it’s giving a previous generation of action stars a chance to be bad ass again, or to continue being bad ass as the case may be (I’m looking at you, Bruce Willis). By picking and choosing from an already active pool of young bad ass ladies you’re missing out on the opportunity to pull in some seriously bad ass talent, older than 24 as they may be. So, without further ado, here is my dream list for the female expendables… 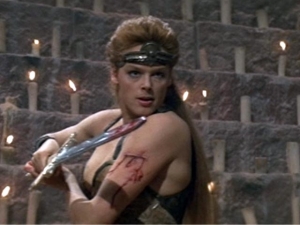 Brigitte Nielsen – Have you seen this woman? She’s HUGE. How tall is she, like 7′? I’m scared of her, that’s for sure. Also, she was Red Sonja. I’m not sure you’re really taking that journey with me though. Say it aloud… SHE WAS RED SONJA! Not to mention she was married to Stallone. She’s gotta have some serious balls to deal with that right? Right. And, sure, she may have come off a bit… crazy… in her time on Flava of Love, but can you blame her? Nielsen is amazing. Her body screams action star and her mental state screams psychopath. Seems like a win-win to me. 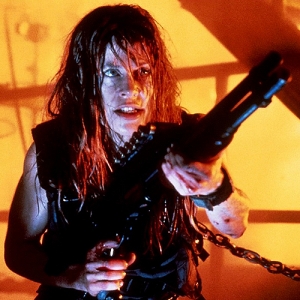 Linda Hamilton – Have we all forgotten how amazingly bad ass this woman was in the second Terminator? I mean, her arms alone dominated that fucking movie. I do believe that Sarah Connor was the original bad ass female action star for me growing up. I loved seeing her transition from a meek, naive girl in T1 to an insane pull-upping, semi-automatic weapon carrying, bad ass mama in T2. If we leave Linda out of a female expendables movie, we might as well just leave out the entire movie. Geesh. 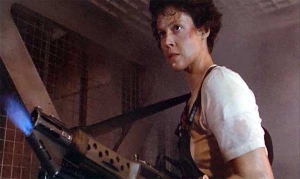 Sigourney Weaver – Sure, we all kinda want to see her in her tighty wighties again. No? Just me? Ok, fine, either way. Did you see the way that woman drove that robot loader? And she was NOT afraid to throw flames when she had to. Ripley’s characterization from A1 to A2 was a bit different from Sarah Connor’s but still bad ass. The transition from a brainy leader to brainy leader with some braun is just as scintillating as a transition from meek girl to card carrying bad ass and quite frankly I would be amiss if Weaver wasn’t cast. 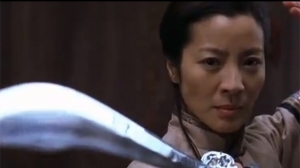 Michelle Yeoh – Any woman that starts her career next to Cynthia Rothrock has my vote. And did you see her moves in Crouching Tiger, Hidden Dragon? Did you?!?! She moves like water and that’s a whole new level of dangerous on the action movie battleground. 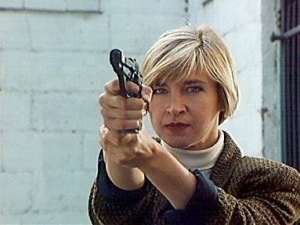 Cynthia Rothrock – You didn’t think I would mention her and then not mention her, did you? Rothrock IS the female expendables. This woman could single handedly BE every single one of the aforementioned cast and still kick more ass than you or I could imagine. … Please give me a moment to collect myself while I think about a movie staring no one but Cynthia Rothrock karate chopping and shooting her way through EVERYTHING and EVERYONE! 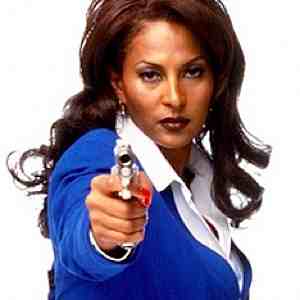 Pam Grier – FINALLY I get a chance to talk about my love of Blaxploitation films (I fucking LOVE them) and say a hardy THANK YOU to Pam Grier for fucking dominating in and out of the genre (Thank you!). Seriously. Pam has been not only the “meanest chick in town” but also “the baddest one-chick hit-squad that ever hit town”. With those two titles under her belt alone, I’m beginning to question who better to be in a females expendables? Besides, she looks damn fine holding a double barrel shot gun. 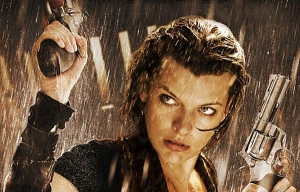 Milla Jovovich – Ok. Fine. Milla is still making movies and clothes and being generally gorgeous and bad ass and that goes against my original argument – but really – she the epitome of the female action star right now and she’s amazing, so I wouldn’t deny her the casting or myself the opportunity to see her kick ass on her terms. She would be like the Jason Statham of the female expendables and I’m so totally okay with that that I’ll be in my bunk, punk.

Sean Young – Nah, she hasn’t done many – if any – action flicks, but she has kicked some serious ass off-screen, and I like that in a gal. Don’t judge me. 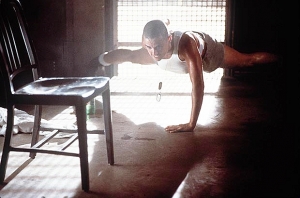 Demi Moore – You could suck her dick and that would be hot. I think I may have lost track of what this article was originally about, but I do think that Demi has a little bit more bad ass in her than we might give her credit for and I’d like to see a bit more of that come out on the big screen in a female expendables.

Bridget Fonda – She was in that one movie that one time where she did some shit to a gun in a tub.

Peta Wilson – She was in that one show that one time where she did more awesome shit than Bridget Fonda in that movie.

Lucy Lawless – I really like the idea of a cylon warrior princess. So say we all!

Angelina Jolie – I can’t help it. Shut the fuck up.

Famke Janssen – Remember that time she almost killed James Bond with her thighs. I wish I was Bond.