For the record, I’m not going to be doing standard recaps of the show, if you haven’t figured that out by now.  If you’re reading this you’ve probably seen the shoe, which means I’m preaching to the choir.  Regardless, let’s get going on this week’s installment, shall we?

Have you ever seen someone really hit their stride?  I remember watching Celtics games as a kid in the 80’s and seeing the team just fall into that groove.  They’d hit this rhythm and, regardless of the score of the time, if they were down or up, would just start pumping on all cylinders.  Bird to McHale to Ainge to Johnson to Parrish and swish.  Then again and again and again, like they were a machine that couldn’t be slowed, derailed or stopped.  They just hit that groove where you knew, just knew, things were going perfectly according to plan.

Episode 4 of Constantine felt like watching that team find its legs and just start pumping.

Were there still a few hiccups?  Sure.  No Chas, and Zed is still a little cloying at times but hey, even the Celtics had Greg Kite on the bench.  But I’m not going to tell you about what went wrong (mostly because there wasn’t a lot of wrong).  I’m here to tell you what they did brilliantly. 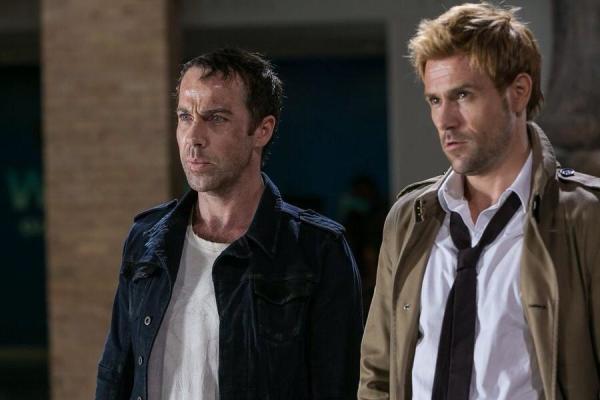 Starting from the very beginning, I really have to praise Jonjo O’Neill as John’s former Newcastle crew member Gary Lester.  Having had spent my fair share of time with people in a, shall we say, bad way, I completely bought that this was a guy who had fallen on hard times.  I was genuinely unnerved by his presence as someone wholly in the grips of addiction and felt a strong sense of pity for a character so bent on redeeming himself for past sins.

I could make comparisons to the book and the appearance of Lester as the former drummer of Mucous Membrane and blah blah blah and then complain about how the stories aren’t the same and blah blah blah but come on, my fellow fan-folk, this isn’t the book.  Let’s move on.

His performance and that of some great “that guy” characters (the mom and son in the grocery store being a great highlight) aside, one of the real high points for this episode were the effects.  The swarms of bugs made me shudder more than once.  The makeup used for the scarred containment spells looked painful and real.  There were only a few times I felt myself saying, “Come on NBC…get a better green screen”.  This is high praise in light of previous installments that looked as though high investment wasn’t made in the look of the show as it was with the casting and acting.  Speaking of acting, again (okay I’m a bit scattered with this review as it really got me excited).

At some point during the show, and I’m not sure I can pinpoint where it was but, I stopped seeing Matt Ryan performing a part.  He became John Constantine.  I lost myself in the show and just saw…John.

It’s very obvious that the actor is starting to feel very comfortable in the character’s skin.  With each passing episode he seems to be possessed by the nuance of who Constantine is supposed to be.  A fantastic example of this can be seen in the bottom quarter of the show, starting with the scene in the bar after John has saved Gary from a couple of drug dealers beating the shit out of the latter.  I didn’t notice it the first time I watched it, it was the nuanced, but on subsequent viewings I actually saw the moment within the character where he decided his friend’s fate.

In the books, and now on screen, John Constantine is a master manipulator.  It doesn’t matter who the mark is, John will talk god, demon and man out of their birthday suits given the chance.  I read it on the page and now I’ve seen it on the screen. 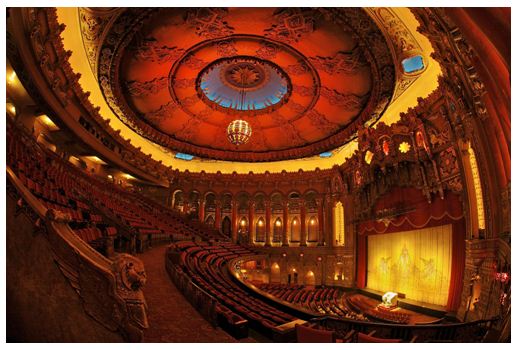 John has Gary so twisted up that, by the time the two walk in to the Fabulous Fox Theater (I saw Tori Amos play there in 1997 so I know it was the real deal), Gary was almost overjoyed to sacrifice his own life to destroy the demon, even when John tells him that it’s going to be pain for days.  How could he not after his “best” mate convinced him of the beauty of change and friendship, of sunshine and unicorns?  You know that Gary is about to get boned.  I know that he’s gonna get boned.  Gary knows it too but he’s been so flummoxed that he actually thinks it’s a good thing to die like a “great mage like John Constantine”.

It’s one thing to say it but Ryan actually sells it.  Every second of it.  I re-watched the performance and flashed back to seeing “The Usual Suspects” for the second time.  When you know that Spacey’s “Verbal Kint” is actually reading the wall and not just sitting passively in the detective’s office, when you know he’s building a story.  The subtlety in his eyes was like a nuclear bomb.  That very understated explosion is what Ryan manages to capture and give to us.  And he’s not the only one.

The angel Manny took big steps forward this week to as his character is getting much rounder and textured.  At one turn he’s a passively aggressive tormentor as he talks to John about Zed and how he hopes she doesn’t turn out like the last one.  At the next turn he’s John’s conscience, asking him if he’s really able to do “this” (a “this” we later learn is the sacrifice of Lester).  Then, in a wonderful quiet final moment, he is John’s own self-hatred, sitting with him for days as the two watch Gary suffer and die screaming.  Perrineau gives us more story with his eyes and brows than some actors do with their full beings.

Angelica Celaya took steps forward with Zed but she’s still coming off the bench, to continue the basketball analogy. She’s feeling more like a second stringer than a splinter picker getting water for the rest of the team.  She has a few moments in this episode where you see flashes of really getting it before sliding back into airball status.  Given time though, she has potential.

My highest praise, and I can’t believe I’m actually writing this, goes to NBC.  I haven’t been a fan of the peacock for some time now.  Most of what they have put out as of late, with a few exceptions, has been pretty subpar.  With Constantine it actually feels like they are starting to take a chance on a decidedly dark and nasty show.

Let’s face facts, this is not a show for everyone.  This episode in particular could have been one where they could have pulled away from for a myriad of reasons.  Smoking, drinking, gore, and the highest sin in the world by some people’s standards (not mine, mind you), showing a heroin addict as something other than a stereotypical scumbag.

No sugarcoating, Gary Lester is a cowardly, criminal scumbag drug addict.  He could have been painted that way and we would have felt nothing when he died.  Somewhere in the process, however, someone made the call to let the show be itself and let Gary be someone who was more than just a scumbag.  They let him be a human being we could connect with.

I’m happy with what this show managed to accomplish in this episode.  It had a lot of the hallmarks of what makes the character and his world great.  Based on the recent news that they are expanding the world and bringing a fistful of new characters for the second part of the season, it can be assumed Constantine will be getting, as Matt Ryan put it, “the back nine of the season”.  What this tells me is that I’m not alone, typing like a lunatic in the dark.  This show has life, a fan base and chance to do what I feel like it was intended to do.

To all with the show, keep up the great work and please keep hits like this coming.