So, the first episode of “Constantine” is in the books and, contrary to what a lot of you (you know, the two people who read the brain drippings I post on the NP) probably would expect, I didn’t hate it.  Point of fact, I think it has a lot of promise.

I’m not going to recap the whole thing for you because, damn it, you should worship at the altar of television on your own.  I am however going to point out the good and bad I saw.  If you keep reading from this point on, expect spoilers.  Good?  Good.  Moving on.

Let’s start with our hero, shall we?  Matt Ryan does a good job of portraying the reluctance, and at times, the fallibility and vulnerability of Constantine.  This is both a good thing and a bad thing.  I do think that we need to see that John’s prone to making mistakes and that he’s human but I’m not so sure that we need to see him stumble right out of the gate.  We need to see the guy that John promises in his narrative monologue at the end of the episode.  There will be, hopefully, time over the course of seasons to show that he makes his fair share of mistakes.  By setting it up at the very beginning that he needs a bail out from time to time made him look more like a ‘petty dabbler’ of the dark arts and not the ‘master’ that we all know he is.

But, you know what? I’ll give them props for making him ‘human’ right out of the gate.  He was still a force to be reckoned with and carried himself with the right amount of swagger.  He had the right mix of human and cocky badass.  Just based on Ryan’s portrayal I am willing to sign on for more.  But it’s not just him that we’re looking at.  That leads me to a down side. 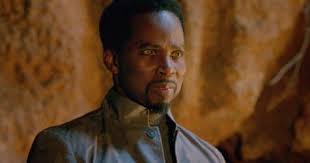 Let me preface this by saying that I really do love Harold Perrineau.  I’ve been a fan since I saw him in that horrible 90’s R&J with Leo and Clare.  His work on Oz alone is enough for me to forgive him for the angel “Manny”.  Well, almost enough.

It’s not really his fault though, the whole idea behind the character is fairly flawed from the start.  There’s nothing overly compelling about him or his involvement in the story that I could see.  He’s not giving any help, backup or information that we haven’t already garnered.  He’s all flashy smiles, a cool set of contact lenses and a passable set of CGI wings.  Mostly all his involvement did for me was to further weaken the main character.

John isn’t the only one who doesn’t feel comfortable “slumming with angels”.  I think that by setting up this idea that John is trying to work off the red in his ledger with Heaven, it takes away from the power of the main character.  Let’s not forget that this is the same guy that tricked the First of the Fallen into drinking holy water and played a trio of devils off of one another to save his own skin.  By putting him under Manny’s thumb early, it again takes away from what he is and what he can accomplish on his own. 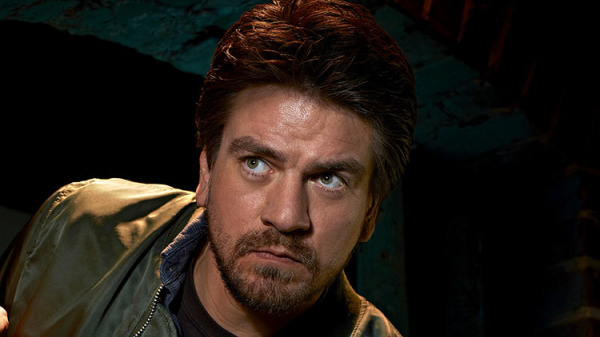 On the upside, supporting cast wise, Charles Halford’s portrayal of John’s long suffering friend, Chas Chandler, was pretty outstanding.  The show is obviously going to toss us some curveballs as to what’s really going on with John’s right hand man.  I liked that Chas was one part exposition and one part moral compass for a man who doesn’t always fill in the blanks and has always had a spotty sense of direction when it comes to morals.  I was also glad that they kept the character of a similar age as John and we didn’t venture into the oh so dreadful Shia department.  I don’t want a plucky sidekick.  I want a man who’s a bit hardened by the world that he’s been forced to occupy with his oldest/worst friend.  I do believe that we’ve found that and I’m looking forward to how the show will explore this very complicated relationship.

The character of Liv isn’t going to be around anymore, more for what was going on behind the camera than what was happening in front of it, and that’s kind of a shame and it kind of isn’t.  Lucy Griffiths did a fine job as the fish out of water but, aside from one nice save at the end, I’m not sure there would have been much for her to do going forward.  In exchange for her we’re getting Zed (portrayed by Angelica Celaya) and that leads me to something that I found to be a lot of fun with this first installment.

Wrapping the episode up we see a woman drawing John over and over and as we pan back we see many more images of the man who she’s on a collision course with scattered around the room.  Several of those images were classic covers of the Hellblazer series done by Tim Bradstreet.  I popped.  The covers, in small part, were why I started gobbling up the trades.  Just by them showing up it gave a nudge to the fans that said, “Yep, we’re probably going to go there”.  That made me very happy. 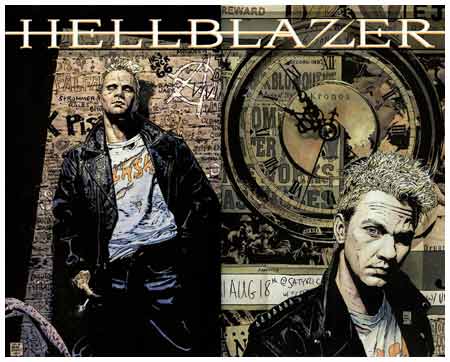 The second set came in the “John Cave” (is that what I’m going to call it…sure why not).  Though I didn’t see Pandora’s Box despite multiple viewings, you couldn’t miss Doctor Fate’s helmet.  My wife wasn’t sure why I started vibrating and I didn’t have the words to explain why I was.  It was a nice spot even if it did leave me feeling a bit wonky when I started to think about it.  Here’s why.

I’m a big fan of the show Gotham.  I’ve enjoyed Arrow and a bit of the Flash.  I like that they are littering these shows with nods and winks to the larger world that these characters appear in.  John, however, is a trickier character to nudge at.

Aside from his trench coat sporting friends (one of whom is an Easter Egg in Gotham), John’s been a more solitary figure.  Yes, he’s had crossovers with the Swamp Thing and, yes, he’s run into Dream but neither of these are figures that we’re going to see on the show (not that I’m aware of anyway).  So, with Dr. Fate’s helm being present I feel as though the writers are setting us up for a punch line that’s never going to come.  Anton Chekov said that if there’s a gun on the stage in Act 1, you’re going to have to use it before all is said and done.  That helm is a gun and I’m pretty sure that we all know it’s never going to get fired. 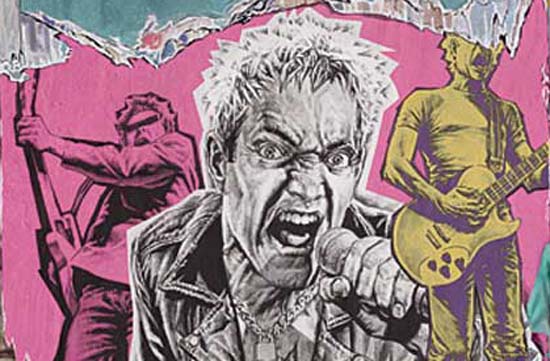 So, writers of Constantine, do me a favor.  If you’re going to give us an Easter Egg, make sure it’s one that we can really pop for and has a pay off in some way.  Hellblazer is littered with all sorts of nuances bits and pieces that can come in to play.  Give us a Mucus Membrane album cover and a pack of Silk Cuts but tread lightly when it comes to tying things in with the New 52 John or other DC characters we are pretty sure will never materialize.

So, overall, Constantine worked for me and I’m going to be tuning in on Friday nights to see what comes next for our fearful, morally bankrupt and complicated hero.  As I said in the beginning, this is a show with a lot of promise but never forget, promises are made to be broken.  Let’s all hope that NBC doesn’t do just that.