BELLA HULK: Rage Against ‘This Just In’ 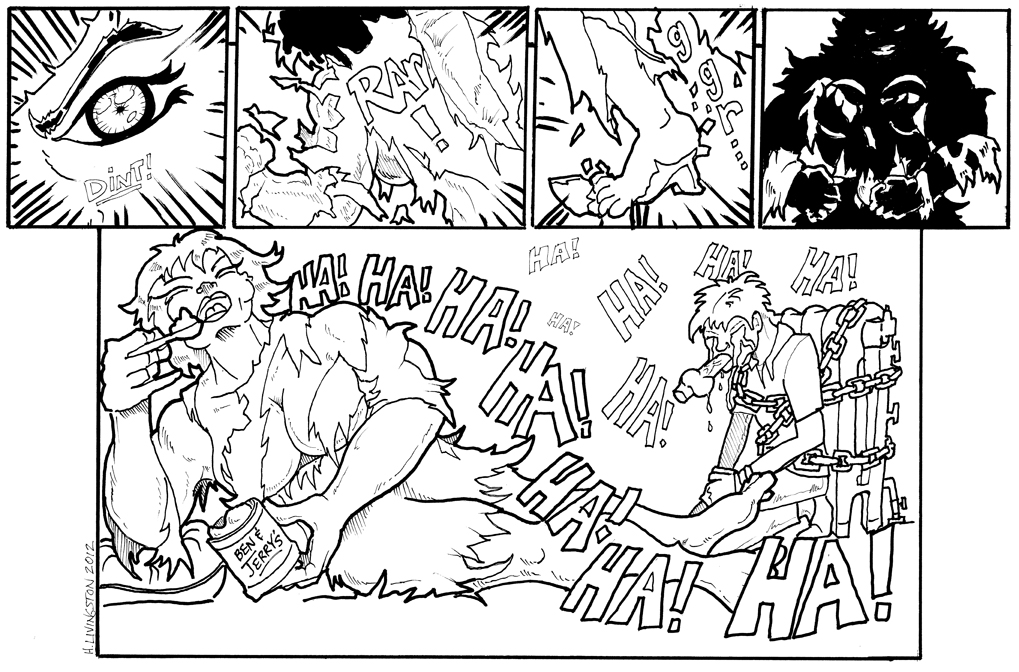 So, last week my family was in town from New York and Florida for vacation. And, while I love them, it’s family – and it was their vacation not mine. I attempted to relax and enjoy the time I could with them, but there’s only so much a girl can take. Thank the geek gods for smart phones. On a particularly frustrating day out of the house (what the fuck was I thinking?) I checked my twitter feed to see what my dearies were up to. And low and behold, a tweet directed right at me, from the lovely @onnabugeisha demanding a RAGE.

I’m always for a good rage, but unless I’m driving, playing a game, writing, reading, watching a movie, talking to strangers, out in public, or all in all breathing – I do like to know what I’m raging about. I clicked the link. It was a “satirical” comic in regards to the brilliantly planned GeekGirlCon. The problem being, it wasn’t satire. And coming on the heels of the amount of misogynistic news in the geek community, it sent me into a rage the likes of which would make the hulk blush and run home to mommy.

Below, is my tweeted rage – unapologetic and sent back to the ginger goddess @onnabugeisha for the twitterverse to see. Now, because I can’t ever leave well enough alone, I forwarded this  exchange on to an amazing artist I know and in return, I received the (above) most epic comic – starring yours truly – ever. 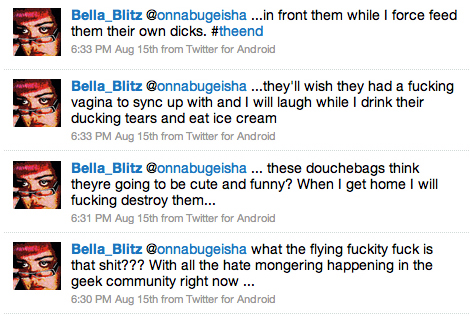