Home/Nerdery Publications/Another Opinion: Me and Earl and the Dying Girl
­

I’m new here at The Nerdery Public, but one thing you’ll learn about me is that I love entering contests. I like the idea of getting something for free – I mean, who doesn’t, right? A few weeks ago, I was caller nine on a local radio station and won tickets to a movie I’d never heard of, Me & Earl & the Dying Girl. After googling it, I learned it won both the Sundance Audience Award and Grand Jury Prize. Also, Rotten Tomatoes described it as “beautifully scripted and perfectly cast… a coming-of-age movie with uncommon charm and insight.” It seemed like something I would enjoy so my partner and I decided to attend the free screening. (Fun note – While we waited for the movie to start, I also won a goodie bag with a t-shirt, hat, and a few other items from a local TV station.) 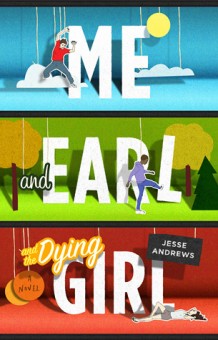 We saw the film this past week. I didn’t quite know what to expect because other than looking it up to get a general idea, I didn’t read any specifics about it because I try to stay as spoiler free as possible with my media consumption. The film starts with Greg, one of the main characters, typing on his computer to tell the audience a story. I was momentarily worried about the cliche, but the story quickly took off without any awkwardness. The main plot is that a classmate Greg is acquainted with, Rachel, is diagnosed with leukemia so his mother thinks he should hang out with her. They, predictably, become friends, but unpredictably, it comes across as genuine, probably because there’s a good dose of sarcasm and long silences.

Since our culture has decided that anyone with a passion for something is a nerd, Greg is a nerd because he and his best friend, Earl, make movies that spoof other movies. The art behind this is reason alone to see the movie – the clips of the movies are part claymation, part yarn-art, yet somehow really cool. Rachel has her claim to geekdom, but you’ll have to see the movie to find out what that is. 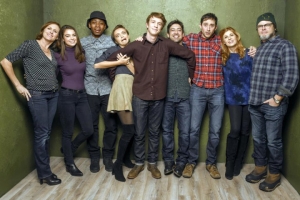 I also really enjoyed that Greg’s dad was a completely quirky character but wasn’t ridiculed in any way. He’s a sociology professor who wears atypical clothing for a middle-aged white male in America as well as eats delicacies from other cultures, including giving them to Greg and Earl as snacks. Speaking of Earl, if one can be a nerd for loving titties, he’s your guy. (No, seriously.)

The only thing I didn’t care for was the abundance of “chapter titles” on the screen present presumably to help move the story along. Some of them were funny and helpful, but, in my opinion, it was distracting at times. That said, they are brief and easy to ignore so I don’t think they are a reason to avoid seeing the movie.

Overall, the movie is poignant (as a movie about a girl with cancer is bound to be) but also a lot funnier than I expected. Film nerds will definitely enjoy it, but anyone with a heart and/or funny bone should as well.

(Read Josh’s opinoin of the movie.)