There used to be a girl who wrote for this website. She went by the name Smartly Sarah. One day, she disappeared. Some say she went mad. Others say she was kidnapped and is now living as a sex slave in the basement of Marvel Studios. One person even claims he saw her sporting a full beard and working as a lumberjack in Oregon.

Only I know what really happened, and the truth is… she never existed. She was nothing more than a figment of my imagination.

Who am I? I am a writing, gaming, reading, movie watching, music rocking geek chick.

I am a feminist nightmare and a social justice warrior. But I am no hero. I like to think of myself as an anti-hero. Like Tony Soprano or Walter White, but without all the drug crime and man pain.

I am Hunter Moon, the alter ego of Sarah. When I’m not working for The NP, I can be found writing, ranting or making other generally hilarious and witty commentary about gaming and other geeky stuff on Twitter.

What can I say? I’m having an identity crisis. 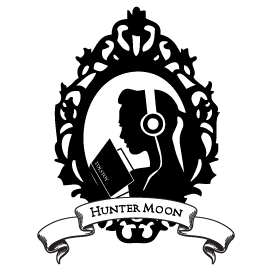