Some are born great. Some achieve greatness. And some are given a ridiculous orange wig and start doing high school theater by accident, and the rest is basically history.

Peter had no idea what to do with his life until his junior year of high school when he decided to do the unthinkable and be in a musical. That one spark lit the fire for a string of other random incidents that gave rise to the guitar-slinging, bass-blasting, movie-writing, filmmaking ridiculousness that is – today – Axel. Taking his pen/stage/superhero name from a character he created in a dumb story in middle school (“Karetna” = “Pantera” spelled backwards, without the P, with a K…logic), he somehow ended up here.

The decidedly youngest member of the Nerdery Public collective, Karetna still has a pretty solid repertoire under his belt. He enjoys: film, music, theater, art, cars, guitars, dancing, TV, comedy, radio shows, the beach, long walks downtown, chocolate, and photography. He’s a DJ and electronic music producer, as well as a power pop rock singer-songwriter under the name AKLF (Axel K. is Loud as Fuck). He’s also a screenwriter and filmmaker, hoping to make his debut film out of his sixth(!) screenplay You’re So Dead! as soon as possible in his own house.

At the Nerdery Public and on the internet in general, Karetna brings the noise (and the funk) with his knowledge of all things electronic and dancy, as well as his love of film of all kinds and radio shows/podcasts. In real life, he does the same thing, only it annoys more people. He once was banned from talking about 22 Jump Street in a theater dressing room because he did it so much. He also plays a lot of Burnout Paradise and watches a lot of Friends. He’s strange. But most of us are. 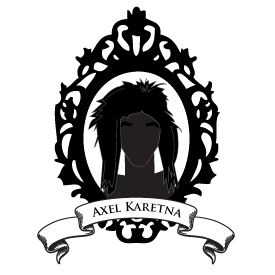 If you wanna get down…then you gotta get up.