I am a geek. So is my wife. We met 9 years ago online via Yahoo Personals (does anyone use Yahoo anymore?), and have been together ever since. The road to our nearly decade-long relationship has not always been paved with gold-pressed latinum. We have faced many obstacles,  however we always end up stronger than ever before. We have each said many times that we are the happiest and strongest couple we know. To think, it all started with a few keystrokes.

Part of what makes up my nerd DNA is my gamer cred. It’s not that I am some professional gamer or anything, but I have just been playing video games for a VERY long time. I remember discovering the Konami code with the rest of my 5th grade friends a week after “Contra” was released on the NES. We discussed the finer points of fight strategy in “Mike Tyson’s Punch Out”. In my later years, when my wife and I were just dating, “World of Warcraft” came out. I was intrigued. For a measly $15 per month, I could be a part of an ongoing war for sovereign territory. The honor of entire blood lines were at stake, and I would feverishly defend them by the tip of a spear and the seethe of a fireball. Needless to say, I was pretty hooked.

A year later, I was logging in to my account while Missy (my then girlfriend, now wife) was visiting. I was trying to explain to her how adventuring in the world of Azeroth was exciting and fun. I told her that I loved the game, and I would really enjoy playing it with her. Then I said the magic words: “You can play a pretty Elf.” 5 minutes later she had a character built, and was starting her first quest. I saw it in her eyes: She was hooked. What began as a chance to play a “pretty” character soon evolved into XP grinds, farming rare drops, and raiding for gear and status. Many nights we spent hours back-to-back in our office with our headsets on coordinating tactical strategies on raid bosses, reaping our hard-earned bounty of epic loot and rare drops. As King and Queen we ruled our virtual playground with reckless abandon. 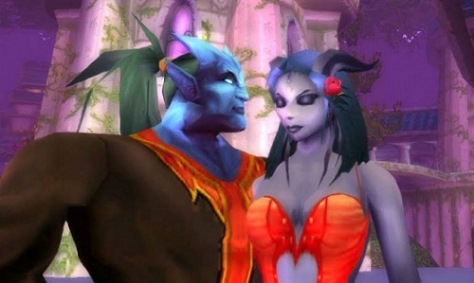 All that glittered, as it turned out, was not gold. Soon the more memorable times we left the house were for midnight releases of expansion packs, or for more PC memory and upgraded video cards. Our emotional investment in each other became intricately woven into the game. If one of us made a mistake in a boss fight, we took it out on each other in real life with patronizing and passive aggressive sniping. We also neglected our real life friends in favor of the needs of our guildmates. The lines between the game world, and our actual one, became dangerously blurred.

Soon though, a blessing in disguise presented itself; Cataclysm sucked. Of course, like obedient acolytes, we paid our pre-orders off months ahead of the release date. We waited patiently in line at Game Stop for the midnight release. When we got home, the games were installed with veteran precision and efficiency. Soon though, we noticed that the pull of the game was not as strong as it once was. Excitement was replaced by apathy. The shiny veneer of Azeroth was cracked. The spell was broken. Fact of the matter was that we just didn’t care anymore. The phantom limb of our addiction compelled us to play until we reached the newly raised level cap, but it was only 3 months after Cataclysm came out that we let our subscriptions lapse. For the first time in several years, we saw each other with fresh eyes.

That was over a year and a half ago, and though we both have slight cravings (as all addicts do for their particular vices), we agree without question that we could not go back to playing Warcraft again. Recovery was not an easy road. Many times we were tempted to throw money at Blizzard again. If for no other reason than it was comfortable. The game was nearly all we knew about socializing. Each time we felt like we were about to give in to temptation though, we would remind each other how much we let our life fall into disrepair. The truth of it is that we live a much fuller life now. We go out on walking dates in the city. Weekends are spent playing in a park, or going to the Farmers Market. The real world has become our infinite playground. 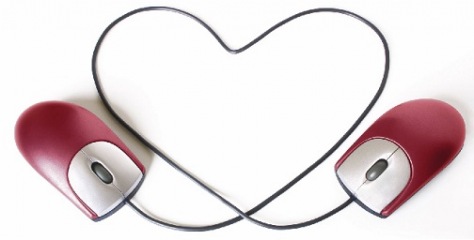 Don’t get me wrong, we still play games and we are very much madly in love with each other. We are currently enjoying leveling up our characters in Skyrim. However, these days, after playing for an hour or two the cravings we have are for each other’s company. We recognize when it is time to put down the controller and go have very real adventures in our very real lives.