What do caterpillar eyebrows have to do with zombies? I have NO idea but I’m going to tell you about them anyway.

I recently sat down to watch what is considered the first in zombie feature films, White Zombie. If you’re confused by this statement, and have no idea what films have to do with a heavy metal band from the late 80’s-90’s, then you’re doing something wrong. 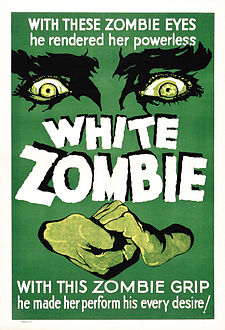 White Zombie tells the tale of a young engaged couple traveling through Haiti to be married at a “friend’s” plantation estate. During their travel the couple comes across a gaggle (are a group of zombies called a gaggle?) of zombis and their master’s eyebrows, expertly bushy on Bela Lugosi’s face, which express an interest in the young couple. The eyebrows manage to steal the soon-to-be bride’s scarf and the couple continues on their way to the plantation. As they scoff at the meandering group of odd people they learn they are, in fact, zombis- undead slave labor. This news seems hardly believable and the young couple continues on their marry (get it?) way.

Soon, the plantation owner’s nefarious plans to win the heart of the bride-to-be become clear. Upon realizing that he cannot win her hand in marriage through his own riches and “charm”, he seeks out the help of the voodoo eyebrows. The eyebrows supply the plantation owner with a potion to render a lifeless sleep in the young woman – turning her into a zombi for the plantation owner to finally own, control, and love forever. 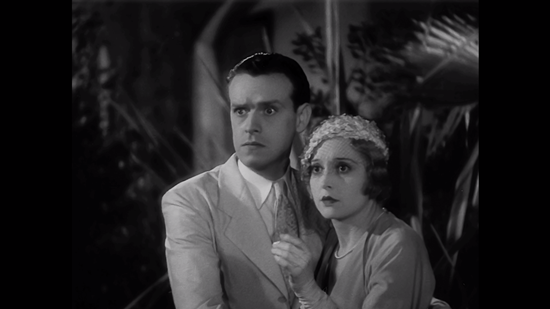 Fun(?) Fact: While the title of the film is spelled White Zombie, I consistently refer to the zombies as zombis. Why? Well, because, there is a slight difference. Zombies, as we know them today, are the living dead – reanimated by some unknown force – that hunger for human flesh and brains. Zombis are the undead – reanimated by magic and controlled by a master – used for slave labor. I like making sure these two sorts of zombies are clearly defined, and using the different spelling helps with that. 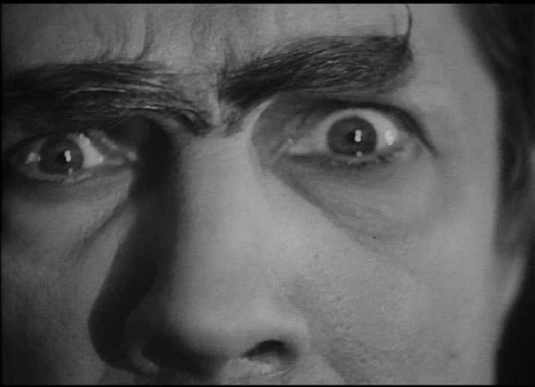 How do those eyebrows do that voodoo that they do so well?

Bela Lugosi plays our evil voodoo master – once an apprentice who killed and now controls his own master. Almost every shot of Lugosi displays light across his face, focusing your attention on his caterpillar eyebrows, making them more like the headliners (haha!) of the movie than Lugosi himself. Despite Lugosi delivering, as per usual, I found myself unable to suspend my disbelief long enough to buy him as a voodoo master.

What struck me about White Zombie, almost right away, (besides the eyebrows) was that a few of the themes speak to some social constructs that we continue to seem to struggle with today (racism, sexism, classism, and even the understanding and acceptance of different cultural traditions). Social injustices aside, this movie is a-okay in my book.

Even though the acting is WAY over the top and mostly just bad, the pacing is on-point and the cinematography is really pretty great. Plus, the set designs were just spectacular. At one point we’re in a sugar mill, run entirely by zombis. The scene seems to go on forever, watching the zombis work and listening to the creepy, white noise of the mill – it’s unnerving.

Ultimately, though, I would love to see this movie get a new treatment. Not a remake, mind you. Maybe a silent recut wherein all of the eyebrows are the stars and the title cards are simply re/actions spelled out. *gasp* *ramble* *waggle*