Terror Between the Sheets

Terror Between the Sheets

When I was a kid, maybe 10 or 11, I had already been exposed to horror movies that were far too inappropriate for a child that age. But what was done was done and while my aunt would argue that it helped keep my sense of reality in check, I would argue that that was partly bull-shit.

At that tender age I could watch Hellraiser and wink at Pinhead without hesitation, Freddy Krueger and I were on a first name basis, and Mrs. Voorhees was my twisted heroine. What I couldn’t stomach, though, was the wicked witch of the west in the Wizard of Oz. Her high-pitched cackle and flying monkeys unnerve me to this day. 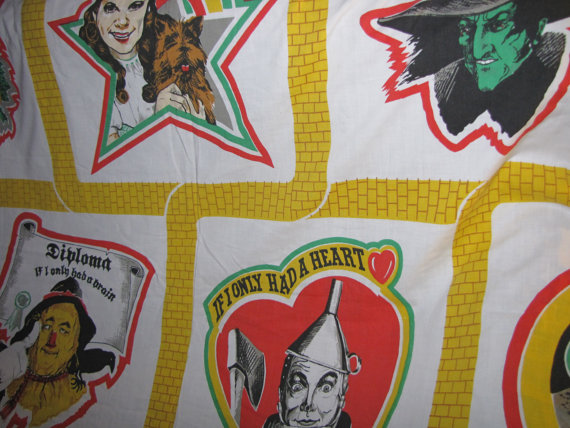 I don’t suppose it would have been such a huge trauma had my exposure to the green-faced shrill ended when the movie did. But, no, there’s no such luck for Bella. Mama Blitz had come across a set of bed sheets with a repeat pattern of the Oz characters. Including the wicked witch. Her green, sharp-nosed face was never far away from any part of my body. And, if I neglected to flip my pillow to the right side, she and I slept cheek to cheek. It was torture. I learned to contort my body in just the right way to avoid contact with her witchy ways.

I longed for the nights when I would sleep over at a friends house on plain, solid sheets. No contortions, no fear of waking up to the smiling face of the flying monkey commander. Eventually those sheets wore out. Ripping down the middle like a happy favor. I slept soundly, instead, on my thinning Rainbow Brite sheets. Far less terrifying.

A year or so after the demise of the witch-face sheets I thought for sure that my nights would remain terror-free. Until a slumber party introduced me to the next set of face sheets that would haunt my dreams: New Kids On The Block. *shudder* 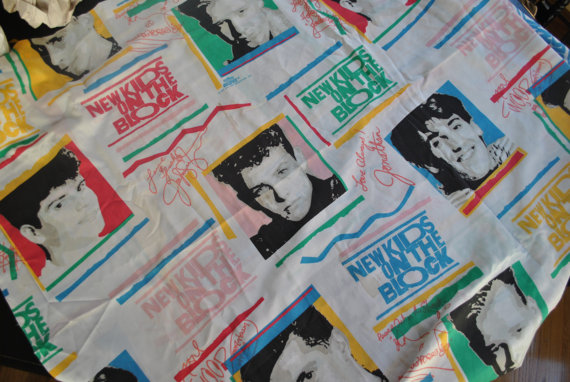 Today, I am no longer petrified of the wicked witch of the west, but I doubt that I would throw those sheets on bed anytime soon. I am, however, continuously frightened of NKOTB.