Every year since I was a child, my mom has asked me to write out a Christmas list. At first, we “mailed” it to Santa. Now, I usually e-mail her a link to my Amazon wish list. Times have sure changed, but the content of the list? Not so much. This year, my list is equal parts ten-year-old Sarah and thirty-year-old Sarah, with a little bit of “I really wish I was rich.” Sarah sprinkled on top.

So here, in The Nerdery Public’s Breed Geeks column, I present a selection of gifts from my list that the ten-year-old inner me would really like to receive. These are also gifts that I highly recommend for giving to actual ten-year-olds, as they are very cool and fun. (Cool and fun is what matters to ten-year-olds.) 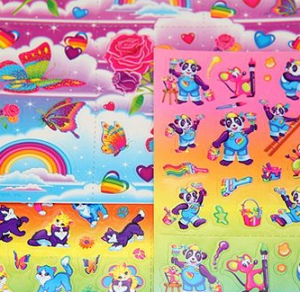 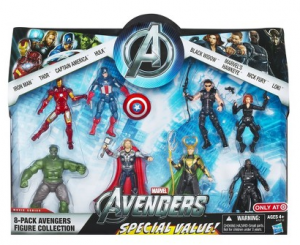 1a. Lisa Frank Stickers: Found at Urban Outfitters
1b: Marvel’s Avengers Action Figures Set of 8
So, I split my first item into two categories for easier gift giving. The Lisa Frank stickers are “obviously” for girls and the Avengers action figures are “obviously” for boys. That really ticks me off, because girls should totally be allowed to play with action figures and boys should be allowed to collect stickers with purple panda bears in painting overalls. I want them both, so they’re both on my list. 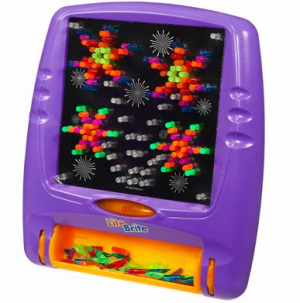 2. Lite Brite by Hasbro
I had a Lite Brite when I was a kid. It was big and clunky and ugly, except when you turned out the lights to reveal your beautiful masterpiece of plastic glowing peg art. Twenty years later, Lite Brite has gone high tech. It comes in colors! It’s a freaking flat screen! I don’t know why I want one considering I can make better looking art on a computer, but I really desperately want one of these things NOW. And they’re only $20! 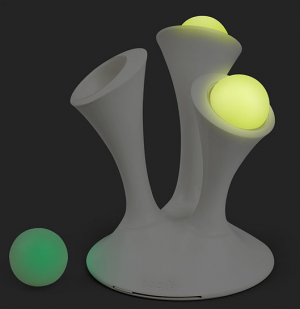 3. Glo Nightlight with Glowing Balls at Think Geek
When my sister and I shared a room, we always had a night-light. My parents also had a night-light in the bathroom for us. However, there was a very long hallway between my bedroom and the bathroom. It was always pitch dark and filled with obstacles like Tinker Toys and very large Siamese cats. This night-light is cool because you can take the light WITH you on that terrifying walk through the jungle of cats and misfit toys. 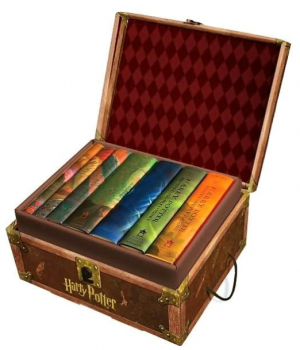 4. Harry Potter Boxed Set
Even though I have a Kindle and an iPad with iBooks, I still have an extreme fetish for collector’s edition boxed sets of books. This is one of the prettiest ones I have ever seen, with the hard cover editions of the Harry Potter series displayed in a beautiful carrying trunk. I truly believe Harry Potter is great literature for children, and budding readers can read the books as they get older and the books grow in complexity and tone. As for me? I’d probably read them all in one sitting. 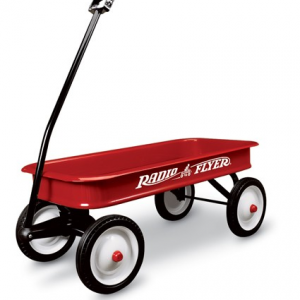 5. Radio Flyer Classic Red Wagon
This is a somewhat absurd thing to have on an adult Christmas list, but at this point, it’s really not for me. I have the best memories of the Radio Flyer I had as a child. I used to pull my sister around in it, and when she was napping I’d pull my stuffed monkey Jane and a collection of my favorite books across my backyard and park it under my favorite tree. This time around, I want a Radio Flyer so I can pull my three-year-old nephew around in it, and pass it on to him so he can do the same thing with his future little siblings.

So, that’s the kid edition of my 2012 Christmas list. Check out the grown-up edition at SmartlySarah.com.