Slasher Hexmas: Maniac… not so maniacal

Slasher Hexmas: Maniac… not so maniacal 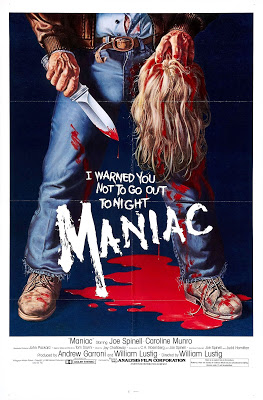 Hexmas has become the perfect opportunity for me to visit movies that I’ve never heard of, or movies that keep getting bumped further down my list. One of those films was Maniac (1980). I honestly had never even heard of this movie until the remake was making the rounds a couple of years ago. My interest was piqued, and because I typically prefer to watch the original before the remake, I held off until I could sit and enjoy some 80s slasher schlock.

Maniac – the original and remake alike – showcases the psychotic break of a man (Frank) with Mommy issues for days, weeks… years. Roaming the streets of New York, Frank becomes entranced and then enraged by beauty. His drive to destroy that which is beautiful takes the form of killing and scalping his female victims and later restoring their beauty by affixing their scalp to his collection of mannequins.

Seems pretty cut and dry (ha!). The problem being, it was a bit too dry. I found Maniac to be boring. The movie failed to hold my interest between kills – until the final act – and by then I was already halfway tuned out. There was little-to-no intrigue to Frank, except for the secrets in his one-room apartment-turned-shrine to his mother and victims. 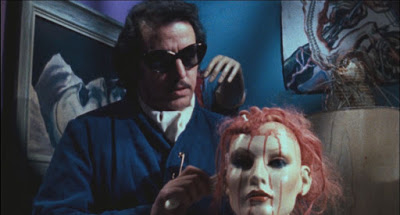 The opening scene, on a beach, is rife with heavy breathing and then a quick murder that gives you one of the most interesting scenes in the whole of the movie: a scan through his apartment. I wanted more of this. I wanted more of a look at this killer – something in the vein of Henry: Portrait of a Serial Killer. That seemed to be the set up but it never quite delivered. The overtones, reminiscent of Psycho, never really played out either.

Slashers are often known for their gore and Maniac does deliver here. There is no holding back with the scalping scenes, and when our maniac blows Tom Savini’s head off, it’s quite the bloody affair. But between the kills, the atmosphere is lax; the maniac is downright sensible. It’s not until Frank is introduced to a potential victim who he befriends – and dates – that the movie takes a turn for the interesting.I found myself becoming distracted by the background of New York rather than the motivation and murders of our maniac. This movie, if nothing else, is an interesting time capsule of the city; especially considering that most of the movie was filmed guerrilla style. But even that lost its appeal after a while. 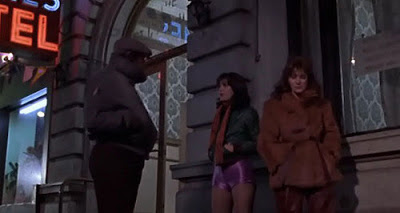 Sadly, by this point, the movie is almost over. If you blink, you’ll miss the second best moment of the film: the end. Back in Frank’s home-shrine we see his psychosis manifest in an attack by the mannequins. There should have been much more of this. Much more time spent inside the maniac’s head. Less time wandering through the streets and wheezing. 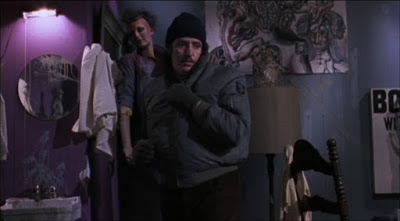 I did not think Maniac was a good film. It had it’s moments, but they were too few and far between to make me really glom onto it.

Zombie Honey Rating: Someone get that maniac 1.5 inhalers, STAT!

I – as of this writing – have still not seen the remake. But what I know of it, I think I may indeed like it better. If you’re looking for a review of that one, our Revenge Honey has you covered here.