I had a conversation the other day that made me happy. Not for me, particularly, because the conversation was about skating rinks. Remember going to those in high school? All the cool kids had a great time while the rest of us played pac-man or the racing game they had or whatever the ‘arcade’ was comprised of, and tried to avoid doing “the chicken dance”, discarding our clunky, rented skates by the third song (my apologies if you actually enjoyed these activities). But, I digress… 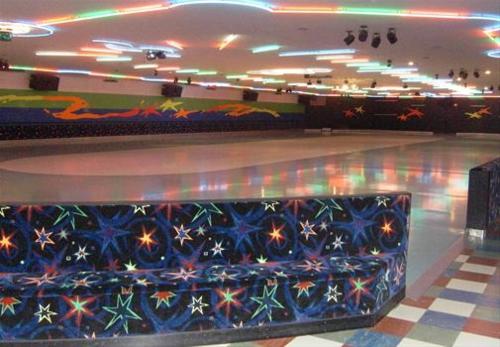 … the woman I had this conversation with had the same dang experiences I did – hiding in the dingy arcade of the skating rink from the chicken dance. She is is smart, funny, beautiful and nearly had an nerdgasm when I told her there was a StarGate MMO coming out (falsely; she didn’t think it was funny), but we laughed that we could have hung out and been awkward together.

Now with two Geeklings (it’s a word, shut up) of my own, this makes me happy. Because, somehow, being the kid in the corner playing pac-man isn’t as bad as it was back then. For one, you don’t have to be in the corner. Smartphones/new handheld gaming devices have made it possible to do this wherever, with the other people who don’t want to be on whatever excursion they’ve been dragged on. Second, they’re not un-cool anymore. ‘Geek culture’ is just what it is, and kids aren’t (always; I am still not a fan of our public school system) expected to like and do what every other kid does (although, please, set some reasonable limits on your kids video gaming times & content. Please). 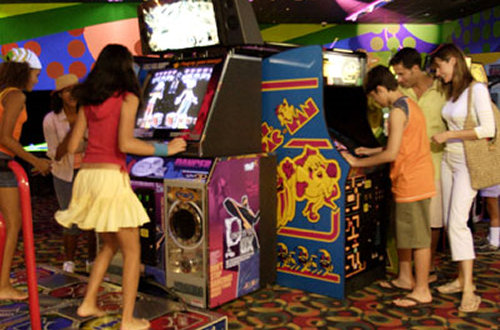 Even better, they won’t be alone in doing it. Maybe not in the little stupid redneck town they grew up in (sorry, but I hated it. There is a Nascar driver from there, people), but with social media, MMO’s (again- set limits), they’re not going to grow up thinking being able to recite Star Wars is weird and that not liking hunting and fishing isn’t ok (did I mention I grew up in a crappy redneck town? Cuz I did). And, let’s be honest, girls. There are now women who I know who are smart, funny, stunning and make me look like I have a casual interest in Star Wars (which, since Episode 1, is kinda true). Which makes me doubly happy because it means there won’t ever be the ‘cheerleader’ ideal – kids will get to see girls of substance rather than physical attractiveness that’s gone by the time they’re 30.

So I’m glad those of us who played Pac-Man in the corner of skating rinks blazed a better trail for the new generation of Geeklings. It’s a fun time to raise one.

PS- Someone should get on that StarGate MMO