It’s NaNoWriMo time, when thousands of people try to bang out a 50,000-word novel in 30 days and then start submitting it to publishers without any editing or peer-critiquing, and then getting butthurt on the internet when their stories don’t sell.

Many — not all, but many — of these stories will be genre fiction (fantasy, sci-fi, horror). As someone who writes in those genres, and who has also written middle-grade non-genre fiction, let me tell you six of the worst things you can do to ruin an otherwise-good idea for a genre fiction story.

6. Forgetting to limit your characters — One of the biggest problems I have with Patrick Rothfuss’s The Name of the Wind and The Wise Man’s Fear is that it seems as though Kvothe can do pretty much anything. Sure, he has to work hard for it, but he never actually fails permanently at anything. I never feel like he’s truly imperiled. (Part of that, I admit, is because the story is told in the first person.)

The Harry Potter series has a similar problem — there’s never any actual limitations explained for magic other than intent. There’s no “amount” of happiness in the thoughts you use to cast Expecto Patronum; there’s no “amount” of intent for Avada Kedavra. And once you can do the spell, you can always do it.

And that doesn’t work for me. Skills need limitations. I can type super-fast, but my fingers get tired. My friend John can run cross-country, but sleeps like the dead for hours after. Magic skills should be the same way, which is why I like magic points systems in games like Final Fantasy and Might & Magic. Limit what your characters can learn, carry, and do, and it makes your story far more compelling because they have to overcome. 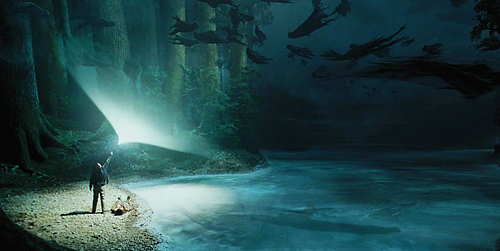 5. Overusing “last-resort” weapons, spells, and items — Remember in The Last Starfighter how worried Alex and Grig were when they had to use Death Blossom? Remember how they didn’t use it again? That’s because it’s a last-resort option that could’ve destroyed the ship and with it all hope for the Star League.

Look, I’m all about giving your characters the ability to use a last-resort power or ultimate weapon, but once they use it, it needs to stay used. Genre television, especially nowadays, has a big problem with this — in season two they use Element X to construct a superweapon, and in season five every other thing is made with Element X. I get raising the stakes — if I didn’t, I wouldn’t be able to deal with Supernatural — but you as a writer need to be judicious about ultimate weapons lest you take away their power and import.

4. Not researching the easy stuff — TV shows are not the correct place to go for information on medicine, criminal justice, and weapons. Unfortunately, many writers do, including myself.

But most writers write on computers. Computers that are connected to the internet. The internet which has thousands of reputable sources on disease, hospital procedures, psychoanalysis, flight, ballistics, and even various buildings you want to use in your stories. Use the resources at your fingertips.

Just… clear your search history after. You may be researching how to kill someone with a choke hold, but your spouse may not find it so amusing. 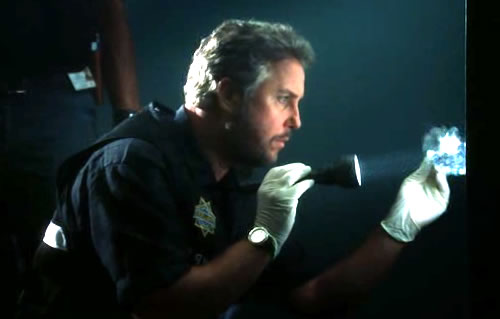 3. Including gratuitous sex scenes, or sex scenes that show your inexperience — Look, I get it. Sex sells. Sex is hot. Sex is fun. Sex is sexy (or scary, or funny, or any number of things). But gratuitous sex? Save it for fan fiction. Readers are intelligent enough these days to know when a sex scene matters to the plot and when it’s just happening because someone decided there needed to be two people mashing their genitals together on the page (or, more likely, the screen).

And if you are going to write a sex scene, know what you’re talking about. Beyond actual sexual mechanics, if you’re writing a zero-gravity sex scene, you have to think about how bodies move in that environment, how muscles work differently, how you’d have to change your techniques, everything. It’s very difficult to write sex scenes in “normal” environments, let alone exotic ones.

Oh, and one more thing: you’re going to have to do research if you want your characters to have sex in ways that you don’t. Let me give you an example.

I have a writer friend working on a story about a lesbian couple, where the domme partner wanted to surprise her lover with a rack for use in bondage-y situations. That’s all well and good, and kind of sweet, but he ran into some issues. To wit:

2. Making yourself the star of every story you write — This is also called the Mary-Sue/Gary-Stu fallacy, in which every protagonist is an idealized version of yourself. You’re taller, stronger, hotter, curvier, sexier, and better-looking, but you still talk the same way. It’s just that you adjust the world around you so that a long discussion about the merits of Star Wars vs Star Trek makes your potential sexual partner extremely turned-on. And speaking of, male writers: your protagonists do not have to have enormous penises. One of my friends’ partners says he is “happily average”, and she has zero complaints about his size.

On that topic: don’t make the bully who beat you up in fourth grade or the cheerleader who called you ugly in high school into your antagonist. If you do, only do it once.

Final thought on this: never write a story about a creative person (writer, painter, musician) who can’t create (write, paint, compose). That has been done to death. I don’t care how awesome your idea is; I guarantee that you can do better.

1. Not firing Chekhov’s gun — For the one of you who doesn’t know what that is:

Chekhov’s gun is a dramatic principle that requires every element in a narrative be necessary and irreplaceable, and that everything else be removed.

This is related to the red herring (misleading element) and the MacGuffin (plot motivator with no rational/narrative explanation, like the unobtanium in Avatar). Basically, anything you see on the screen (or page) should have plot relevance, or be a logical red herring that misleads the reader in an intelligent fashion. These days, every genre show and film has dozens of either Chekhov’s guns or red herrings — stuff that you’re supposed to key in on, that will come back in the last act of the story. As Chekhov himself said: 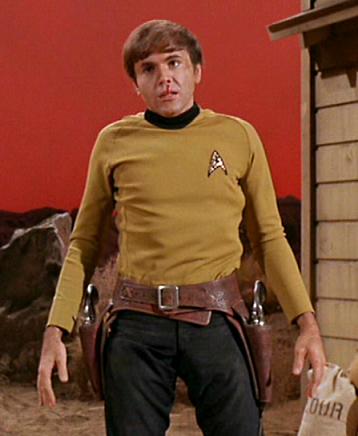 If you say in the first chapter that there is a rifle hanging on the wall, in the second or third chapter it absolutely must go off. If it’s not going to be fired, it shouldn’t be hanging there.

In other words, if your character is a stripper, he will have to strip or there’s no reason to make him a stripper. If she has an illness, it has to have an effect on the plot and/or characterization or there’s no need. If he is physically strong and you make mention of this, his strength needs to be used (or be not powerful enough). If she is a nuclear physicist, that has to apply to the story somehow.

There is a difference between Chekhov’s gun and simple exposition — hair color, eye color, those things aren’t guns, they’re details. But the reader has come to expect certain things from storytelling, and you have to be really deft at your craft to go against those expectations. Do so at your own risk.

Join a writing group. Not this month, if you’re doing Nano, but afterward. Bring them your book, and no matter what they say, do not argue. Accept their criticism and use it to make your book better. No Nano book is perfect, no matter how great you think it is. Don’t let yourself be fooled.