SIX OF THE WORST… things about my new desk

SIX OF THE WORST… things about my new desk

In October, I wrote a post about six of the worst things you face when your office has a window. I actually wrote it in August, but I have a queue. You know how it is. Or maybe you don’t.

Anyway, in September I had to move my desk again, as my area was being co-opted by another team that had a need for it. A few people were reassigned on various other teams, and that led to me getting my third desk in less than a year at this company. But am I going to complain about that?

Of course I am!

Here are six of the worst things about my new desk:

6. People walking behind me — This one is twofold. As I mentioned last time, I hate when people can walk behind me. Well, now I’m on a row with four desks on either side, and people can walk behind me on the way to their desks, as well as along the main “road” behind this row. The row next to us, their desks all face the other direction, so they don’t have to worry about being double-whammied. But I do. 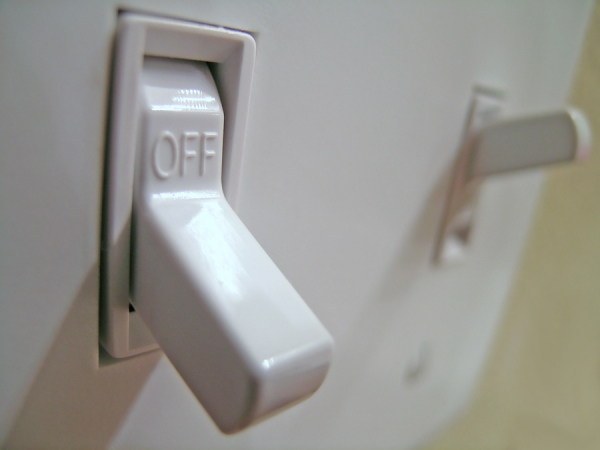 5. Lightswitch raves — Half the people in the main room want the lights all on. The other half want them half-off. I’m in the latter group. But you never know who is going to win, and as a result no one knows just how bright it’s going to be in here. Sometimes I need sunglasses. But really I just want consistency.

4. Power dynamics — This is more of a “I want to feel more important than I am” thing, but where I used to sit, people often came to me. I was in a corner, and there was the perception that, because I had an enormous window, I was a person who deserved additional regard. So when there were issues relating to what I do, people would come to me. Now I have to go to them — my boss, my co-workers, people who I have questions for; there’s no advantage for them to come to my desk. I don’t have extra space to work; I don’t have a window; I don’t even have enough room for people to stand and talk to me unless the guy across the row is telecommuting. We all want to feel more important than we actually are, and having had it, I miss it.

3. Lack of team unity — There are two people on my team, plus my boss. In our old area, the two non-boss members of my team were in sight of each other, in our own little area. Later, another person was added from another team, but he kind of kept to himself and had his headphones in most of the time. When we had our own area, though, we felt more team unity between the two of us. In fact, one of the reasons we lost our area is because another team got to take it away so they could have that unity. Now me and my co-worker sit in a row of developers (we’re not developers), not even across from each other, two islands in a sea of people who don’t do the same thing we do. That’s no way to foster camaraderie. Plus, our boss is all the way across the floor, in her office (I don’t begrudge her having an office; she worked hard to get where she is today), and we generally communicate via IM. Or we go to her. Power dynamics again. (In the old space, she often came to us, if for nothing else than a change of scenery.) 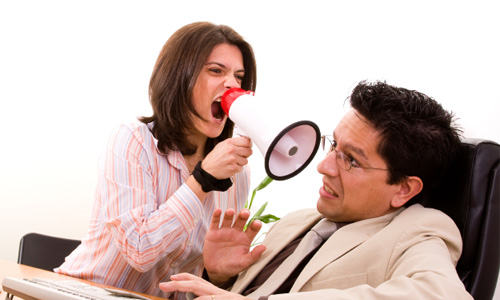 2. Loud talkers who don’t shut up — This desk is very close to the break room, and if you don’t know already, technical people love to blather on about things they know (or think they know) everything about. And they do it in the break room. And their voices carry. And as if that wasn’t enough, there’s a guy on the next row who, through no fault of his own, has a voice that carries even more. He’s also extremely intelligent and well-read on a lot of topics, which of course means he holds court on every single one of them. Every day. And he never, ever telecommutes.

1. No, go ahead, hold your hour-long meeting right behind me — I like to work with music on about 50 percent of the time, but when I don’t feel like music, I really don’t feel like music. Now, I work on a row with a whole team of developers, and they have to have meetings. Unfortunately, they have to have the meetings right behind me. They box me into my desk, they talk loud enough to be heard, they make remarks as I get up and sit back down (and one of them is a VP so, while it’s not malicious, it’s kind of annoying), and they distract me from getting work done at the pace I want. If I don’t feel like listening to music, I have to listen to them, and even if I do I have to turn it up loud enough to drown them out, which is louder than I usually like. But the worst part is that I have no actual recourse for this other than to just deal with it.

But, hey, it could be worse — and it’s about to be, because in a few months we’re switching to an open-plan office. Hooray. 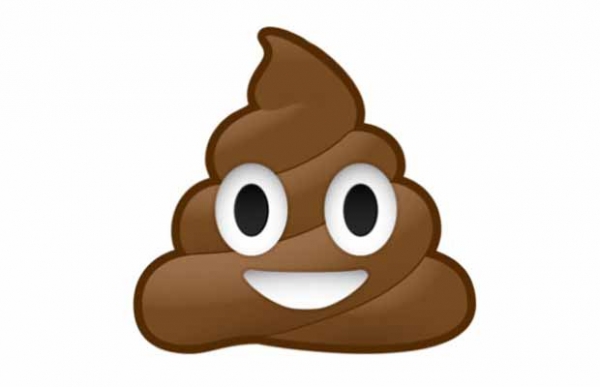 Today (the day I’m writing this), I had my headphones on, and I took them off in the early afternoon to stretch my legs and use the bathroom. A couple of developers were sitting right behind me and just as I took my headphones off I heard one of them say “it’s total crap.” The other agreed. Then the first turned to me and said, “it’s total crap, right, Josh?”

Well, who am I to argue? I agreed that it was total crap… and then asked if it was maybe partial crap? Or only a little crap? But no, it was reiterated to me that whatever they were talking about was total crap.

To which I said, “well, given that I’m completely full of crap, I feel like I belong here.”

We all had a good laugh about that.

Despite my complaints, I really do like the people in my new area. I sit with three back-end developers, a front-end developer, and a QA engineer. I’ve worked with this team several times over the past year, and they’re good people. So, I’m not totally opposed to my new desk.

I just wish things were a little better.