This is the third in a three-week series about cell phones.

Though the battle has died down some in recent years, especially with the big Android manufacturers avoiding Apple’s release dates like the plague, there’s still a thriving business surrounding the fight between iPhones and Androids — especially in TV spots. I can only imagine what Samsung is going to do to the Apple line-waiters when the iPhone 6 is released.

The thing is, the battle itself is stupid. Here are six reasons why: 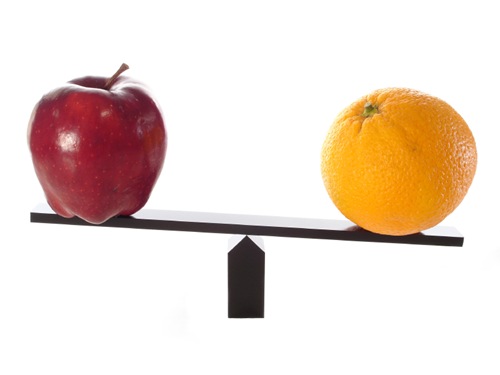 You need the vitamins in fruits just like you need the functions of a smartphone. You need a phone to make calls, send and receive texts, check e-mail, use the internet, and take pictures. Androids and iPhones do both of those things, just differently. So what’s the point in fighting over it?

In the end it comes down to what you want the phone to do best. I picked my HTC One M8 because of its form-factor, weight (I like a heavier phone), and sound capabilities. My friend John picked his Sony Xperia Z1S because it’s more rugged. Hell, some people get iPhones because the older models are cheap at Wal-Mart, and an old iPhone is often better than an old Android. Tell me what your iPhone does better than my HTC, and I’ll tell you if that’s something I’m willing to compromise on for the things that my HTC does better than your iPhone.

4. The arguments are always the same. — Anti-Android people rag on the platform for fragmentation, design, difficulty of use, battery issues, and inconsistency of experience across manufacturing lines. Anti-Apple people rag on the iPhone for the phone’s size, the lack of customization options, Apple’s walled garden, and the fact that Apple’s innovations seem to come 6-12 months after Android already has whatever the innovation is.

Who cares? iPhone users aren’t (all) stupid; they know what the differences are and they know what they will and won’t be getting. Android users: the same goes for you. So stop descending into flame-wars on cnet.com reviews — and for that matter, stop flaming each other over your personal favorite Android phone. It’s unproductive.

3. You’re not ever going to change anyone’s mind. — Good luck convincing my mother to switch from Android to iPhone. She’s been an Android user since her first smartphone, years ago, and she’s not going to learn an entirely new system just because it might look cool. The same goes for my dad, who loves his Note 2 because it’s big and he has big hands. My friend Christopher is a day-one iPhone user, as is my friend Josh. I can tell people all the great things about each type of phone, but they’re not going to change their minds.

What would you gain from getting someone to switch to a different device? Do you personally benefit from someone making the switch? If you sell smartphones, you probably sell both, so your job is to get the customer to buy something. If you’re reading this, you probably don’t have enough stock in Apple or Google to make an appreciable amount of money if three of your friends make the switch. So what’s the point? 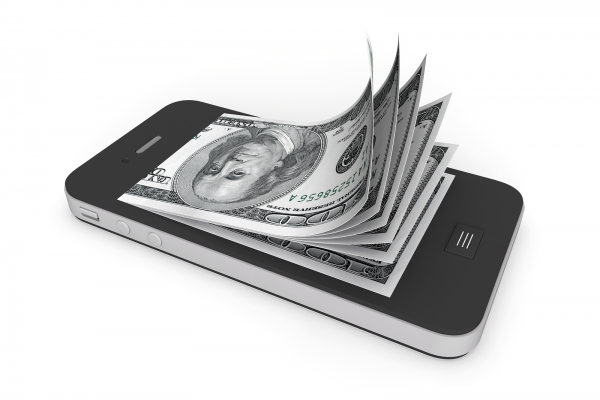 2. You’re probably already invested in the ecosystem anyway. — Making the switch means losing all your purchased apps and some of your purchased media. Maybe not your iTunes music, but definitely all your iOS apps. The same goes if you’re switching away from Android — you can’t use Android apps on iPhones, and you often can’t transfer your purchases. Not to mention that you’ll have to log back into everything and you’ll likely lose all your high scores on all your games.

Little things can really piss people off. Genocide in the Sudan? No one notices. But change the Facebook UI and the entire world comes to a screeching halt. Making a wholesale change will drive you crazy; hell, switching from Samsung’s TouchWiz UI to HTC’s Sense UI was hard enough for me, and both of those are Android skins. Save yourself the hassle, and don’t lose your high score on Temple Run.

1. They’re the same. — Each phone is a smallish rectangle, more or less the size of a deck of cards, that does a specific set of functions. At this point in the American experience, it’s impossible to live without a phone of some kind, and once you’ve had a smartphone there’s no going back. Like I said earlier, with the exception of UI and certain apps, both phones do exactly the same thing. Why fight over it?

Phones have ceased to be status symbols. Everyone has one; it’s no longer about which iPhone you have (except to other iPhone users) or which Android you have (except to other Android users). The battle isn’t between the platforms; it’s between the devices on the platforms themselves, and their respective operating systems. But time and again when a new iPhone or Android Phone is released to great fanfare the same old iPhone-vs-Android ads, articles, and arguments are trotted out.

Kudos to Microsoft for putting together a pretty decent operating system and trying to muscle in on Apple and Google’s turf. Thing is, their system is so different from the others that if you don’t have a PC running Windows 8 you probably won’t have any idea how to use the phone version… and even if you do, as one friend of mine found out, you’ll still be stuck in a world with fewer apps and fewer options. Of course, you’ll get an amazing camera with your Windows Phone, but until Microsoft can convince enough app developers — especially the indie ones — that developing for Windows Phones concurrently with iOS and Android is profitable, Windows Phones will continue to lag.

And a great camera won’t solve that problem.