Netflix’s new series The OA should’ve been right up my alley: a short series (only eight episodes) written by (and starring) Brit Marling, who wrote and starred in the introspective sci-fi film Another Earth. It was supposed to be a mysterious, slow-reveal sort of show all building to one point at the end.

But, unlike Another Earth, I didn’t finish this show nearly as satisfied as I did after the movie.

From here on out, there are spoilers for every episode of The OA, as I address six of the worst questions I was left with after watching it. 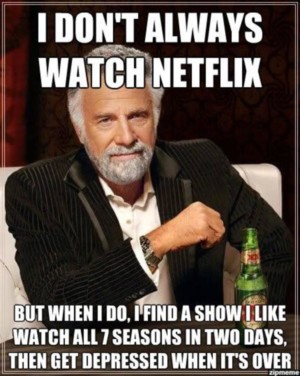 6. Was it real? — This is the big elephant in the room: at the end of the show, French discovers a box of books under the OA’s bed that are related to all the different parts of the story she told the group — a book by Homer, a book about angels, a book about near-death experiences, and a book about psychics. French jumps to the conclusion that the OA has been lying to them, and the FBI counselor validates that when he finds French in the Johnson home.

I needed to know… …if I could intelligently say if the show was real or not. As it stands, I don’t have enough information to make that claim one way or the other. The show ends with the OA waking up in a very bright place, and she says “Homer?”, and that’s it. On first blush, I thought she had been committed, but maybe she wasn’t. Maybe the kids (and BBA) really did send her to another dimension. Contrast that with the end of Inception, where a viewer can take a stand (Dom was in a dream, or he wasn’t) and defend it. This show was just too ambiguous. 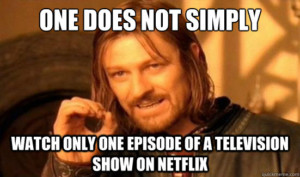 5. Why end on a school shooting? — The OA ends with some kid coming into the high school cafeteria and shooting it up. The group does the movements the OA taught them, and somehow it stops or slows the shooter enough for the cafeteria guy to take him down. Now, at that point I was expecting to get some detail one way or the other if this was real, especially when the camera turned to the OA (before it revealed that she’d been shot). But I didn’t. Sad times.

I needed to know… …who the kid with the gun was. Was it supposed to be the kid Steve throat-punched, or was it just a random kid? What did the movements do? And, most importantly, why didn’t the shooter kill the group? They were being weird, but they were ultimately unthreatening — they weren’t coming after him or anything. 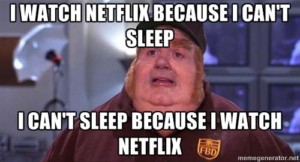 4. Didn’t Rachel revive Scott? — I’m pretty damn sure that it was Rachel’s ability that brought Scott back to life. Earlier in the show it was pointed out that she was talking to her plants to get them to grow without sunlight, which to me indicates that her ability was to heal things or make them better. But when the sheriff shows up and Hap brings out the captives to heal Evelyn, it’s Homer and the OA who do it. Whether they succeeded or not, it didn’t make sense to me for Hap to use them.

I needed to know… …what specific powers and/or specialties each captive had. Maybe not spelled out, but I could have used a few more details. The OA was the organizer; Homer was the heart of the group; Rachel was the healer; but what did Scott and Renata contribute (other than the latter giving the group the fourth movement)? What were their abilities? 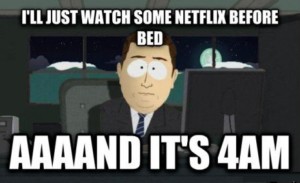 3. Did Hap really think he could publish his research? — It’s very clear that Hap, though obsessed and arguably evil, was a scientist, trying to follow the scientific method to learn something new about life and death. However, Hap, as a doctor and a scientist, should be very clear on the fact that if you act unethically then your research is not only going to remain unpublished but you will probably also lose your license — and, given that Hap imprisoned people for seven years or more, go to jail.

I needed to know… …what Hap’s endgame was. Just kill everyone (except the OA)? Lie about who he was and leak the results to the media? I’m sure part of it was all about the knowledge — to know what comes after death — but by the same token what good is the knowledge if you can’t share it or build on it? 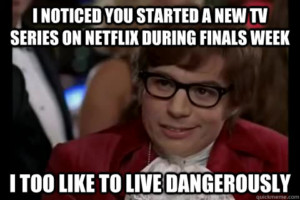 2. How did OA get to St. Louis? — When Hap dumped OA on the side of the road, she was (paraphrasing) “about a five-hour small airplane ride from New York City, with two stops to refuel, near a mine, in an extremely rural area.” According to the googles, a flight from New York to St. Louis (where the show says she was found — “the hospital in St. Louis”) takes about three hours. There happens to be a St. Louis, Michigan, as well, but the one bridge over water there doesn’t look like the bridge OA almost jumped off of. Also, he dumped her, with ripped clothing and no money or supplies, so my best guess is that she hitchhiked that far… or she somehow used her powers to get there. I don’t know.

I needed to know… …where Hap’s house was. I didn’t get a good enough look at the sheriff’s badge, but I’m sure it was generic enough. I guess one of the reasons we don’t know is so that we can cast doubt on OA’s story at the end, but the analytical portion of my brain wants to know. I also want to know where Hap got all this money; anaesthesiologists make a lot, but not that much. 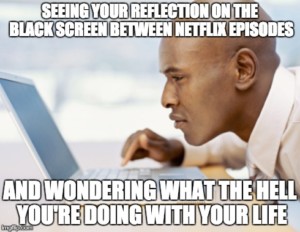 1. How did the captives survive? — Along with everything else he was doing, Hap tortured the group. He isolated them (remember, OA didn’t physically touch anyone but Hap for seven years), he fed them hamster food, he gave them zero privacy, he didn’t give them any new clothes (how hard would it have been to run to Wal-Mart for some sweats?), and, oh yeah, he killed them over and over. Even the strongest person would have trouble surviving that; Scott wasn’t very strong, and while OA had her own inner strength she still got tricked, abducted, and held hostage. Sure, she tried to use her wits to escape (and almost succeeded) but she was down there for seven years. That would break even the strongest person. John McCain spent five-and-a-half years as a POW in North Vietnam and these people were not Navy officers. Not even close. 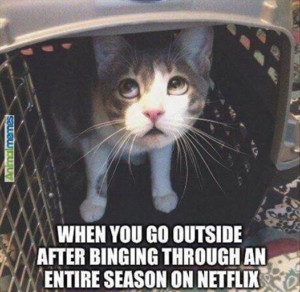 I have other questions too, but these should get you started. In the meantime, if you enjoyed The OA — either the idea of it or the show, or both — you might also like Passage, by Connie Willis. The technology is a little dated — the book was published in 2001 so it was probably written in 1999 or 2000 — but the story is excellent. It’s about a psychologist who studies near-death experiences at a labyrinthine hospital in Colorado. It’s tense, interesting, funny, and has a twist about two-thirds of the way through that I didn’t see coming. At all.

Maybe Netflix will make a series out of that book instead. 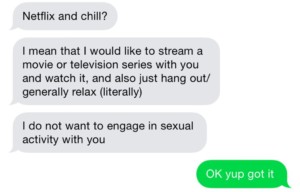