But if you expand outward from the MCU, you get into a situation where you have… let’s just call them “lesser” superheroes. And one such group can be found in the pages of Marvel Comics: the Great Lakes Avengers. And their powers..? Well, here are six of the worst GLA members, ranked by their abilities. 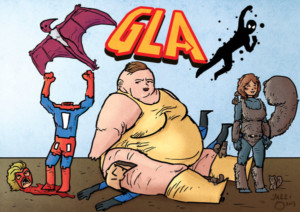 6. Mr. Immortal’s immortality — Let’s start with the leader, Mr. Immortal. He is — you guessed it — immortal. But he doesn’t have any other abilities. No super strength, no super speed, no super hearing, no flight. He’s just immortal. He does have the ability to regenerate, but only if his body dies; otherwise, he has to recover at normal speed. He’s spent some time improving his physical abilities, but only as much as a normal human can.

Like this? Try… In Highlander: the Series, for the most part the immortals must live by their wits and swordsmanship, and not any magical powers (other than their immortality). The first film was a pretty awesome cult movie, but the show really fleshed out the mythology around immortals and helped the whole thing to make better sense. Though the show has some truly terrible episodes, there’s enough there to make it absolutely worth watching. I particularly enjoyed Duncan’s arc against Kalas, the opera singer immortal. 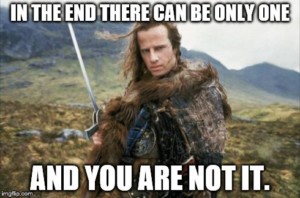 5. Flatman’s flatness — Flatman is a little like a discount Mr. Fantastic, in that he can stretch and contort his body as needed. He can also turn invisible by simply standing at the correct angle to another person — he is, after all, only a two-dimensional guy. Unfortunately for him, he can never become three-dimensional, which must make sex with him kind of painful. He is also openly gay in the comics, which, y’know, good for Marvel for taking that on.

Like this? Try… This one’s a bit of a stretch, but I suggest Read or Die. The main character, Yomiko Readman, has the ability to control and influence paper — which is very flat. I’ve only seen the film, which takes place after the manga series and before the TV series, but it was enjoyable enough to make me interested in learning more. Plus, it’s a pretty cool power. 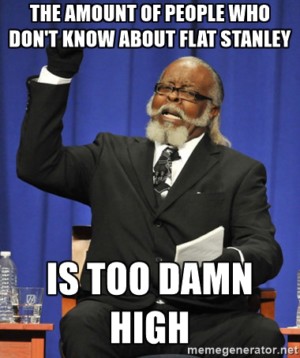 4. Grasshopper’s useless armor — Let’s think about this for a second, shall we? If you have a suit that gives you the power to leap great distances, kick incredibly powerfully, and improve your senses, why would you not fortify it with some sort of protection? But unfortunately for the original Grasshopper, Doug Taggert, it didn’t. It didn’t save him from any weapon that was used against him — such as throwing something at his head, or shooting him with a gun. Whoops. Fun fact, though: Grasshopper was a member of the GLA for exactly 5.8 seconds. (I kind of want to know how that happened.)

Like this? Try… The Greatest American Hero. I recently re-watched the pilot of this show, and unfortunately it didn’t hold up as well as I’d hoped, but I used to like it when I was a kid. Ralph, the main character, has a huge list of abilities but no knowledge on how to use them. Still, at least his suit prevents him from being injured, which is more than I can say for Grasshopper’s. 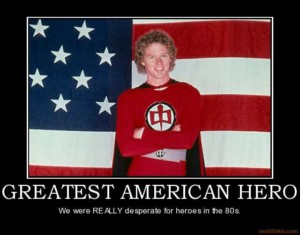 3. Doorman’s short-range portals — I suppose I can understand the concept of only being able to teleport into the next room, but what exactly defines the next room? If you’re in the back of a theater and someone commits a murder in the backstage area, can he transport you there? What about if someone commits a murder on the other side of a wall, outside, while you’re inside? Or vice versa? This just seems like a very poorly-thought-out ability. He did eventually gain more useful, more sensible powers, but he’s still stuck being the Doorman.

Like this? Try… Hyperion, by Dan Simmons. This novel features characters who transport people and objects through themselves, as portals. But their powers at least make some sense, and are always useful. 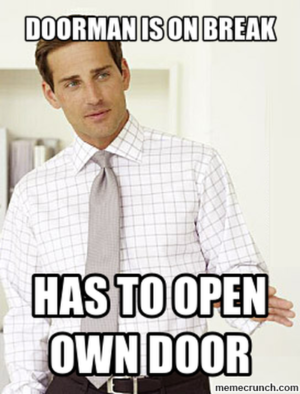 2. Big Bertha’s bingeing and purging — She’s a supermodel most of the time, as well as a pilot, but she has the ability to make herself huge and super-strong by becoming obese. Then, to make her body slimmer, she vomits. That’s pretty disgusting, and I think more than a little offensive to folks who struggle with eating disorders.

Like this? Try… Years ago, I got dragged to see Center Stage, a film about students at a ballet school. One of the students has an eating disorder, and the only thing I really remember about the film is how well it was written. The character’s resolution was also good — and unexpected (at least to me, at least at the time). If you’re going to consume (no pun intended) stories that involve eating disorders, at least consume ones that handle it well. 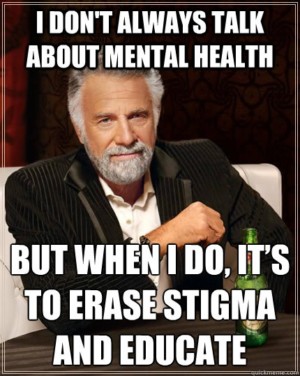 Seriously, though, many eating disorders are mental health issues.

1. Squirrel Girl’s squirrel powers — I’ve been reading lately that Squirrel Girl is enjoying a bit of a resurgence in the comics, and that her storylines are getting pretty good. I appreciate good writing, but I hate squirrels. The little bastards cost me over $1500 in home repairs, not to mention having to catch and release them. Is Squirrel Girl vulnerable to crackers with peanut butter and squirrel food on them? Inquiring minds. All of that said, Squirrel Girl actually has some pretty useful physical powers, and the 12-year-old in me appreciates that she calls the pockets on her utility belt her “nut sacks”, but ultimately she’s a squirrel superhero, and I can’t abide by that.

Like this? Try… The Beastmaster, a 1982 film about a guy who has the ability to talk to animals. They do his bidding because he’s their friend or something. There was a TV show from 1999 to 2002 as well, in the vein of Hercules and Xena, though it was never as popular. Still, as long as Dar isn’t working with squirrels, I’m in. 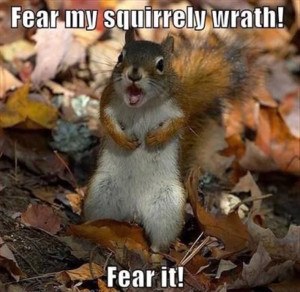 One of my co-workers got a sneak preview screening of Captain America: Civil War and he said it was awesome and fun. I’m sure it will be, but I’m pretty worried about just how many superheroes are in it. Plus, it’s the vehicle the MCU is using to introduce Black Panther and bring Spiderman back into the fold. How are we going to keep track of the main plotline when we have all of these other superheroes around?

That said, at least it makes sense that all the superheroes are finally showing up in a film — unlike, say, Captain America: Winter Soldier, which only had two Avengers despite the fact that Tony Stark, Bruce Banner, and even Hawkeye would’ve been great assets in the final battle.

I still think Deadpool said it best when he showed up at Professor X’s mansion. And if you haven’t seen that movie, I’m sure as hell not going to spoil it for you. 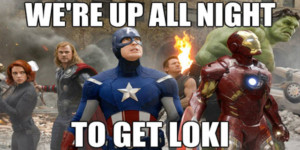