SIX OF THE WORST… episodes of The Orville

For the most part, even when The Orville is bad, it’s still pretty good. I actually enjoyed a lot about these episodes, which qualify as (in my opinion) six of the worst episodes of the show — mostly just because they weren’t as good as my six favorites. As with the previous column, there are spoilers for every episode listed, as well as for the Star Trek episodes I reference as comparisons. 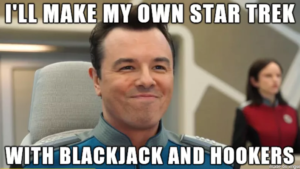 6. Firestorm — Let me get this one out of the way first, because it wasn’t a bad episode. It was actually pretty darn good; it just wasn’t quite good enough to get to the top six. In it, Alara freezes when trying to rescue a crewmember due to pyrophobia and the crewmember dies. To make sure she can handle it, she creates a simulation to face all the main staff’s fears. It’s a great moment of character growth, and it also gives insight into Ed’s character when he counsels Alara. And there’s a nice twist when we realize exactly what is going on.

On TNG it was… Let’s go with “Schisms”, which is the one where crewmembers start having fear reactions but they don’t know why. It’s the closest I could come up with, outside of “Night Terrors”, but “Night Terrors” doesn’t fit in some other ways. The twist in “Schisms” is that aliens really are experimenting on the crew, which parallels at least somewhat with Alara experimenting on herself using the crew’s fears. 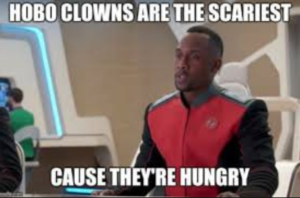 5. Cupid’s Dagger — A lot of people rightfully give this episode crap because of the way it handled the effects of Darulio’s pheromones (and because there really wasn’t any fallout from the Yaphit/Claire encounter), but I think it redeems itself at the end when we find out that Kelly might not really have cheated on Ed of her own accord — yeah, she was seeking something out, but maybe it was Darulio’s pheromones that caused it, and if they hadn’t, would Ed and Kelly have been together? Also, I liked how Ed didn’t find it in any way strange that he was attracted to Darulio — nor did the show go out of its way to say “this is against his normal sexuality”. I didn’t like the way Ed overjustified it, but the whole time Gordon was just like “Ed, you’re not acting normally”, not “Ed, you’re interested in a dude.” For all we know, Ed is bisexual.

On TNG it was… I hate having to reference “The Naked Now”, but it was an episode where everyone was having sex due to a virus (as opposed to pheromones) and, while they might have done so in other situations, they didn’t normally. 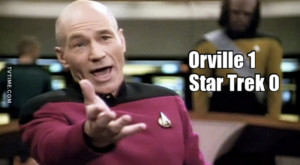 4. Mad Idolatry — I mostly ranked this one low because it wasn’t a great season finale. I mean, it just sort of… happened. The sci-fi was a classic trope, and the ending was nicely different, but I don’t feel like I got much closure out of the season. Also the fact that Isaac can live forever robbed the episode of any real impact. (Oh, and by the way, the fact that the Pope guy got killed was a cool twist; I wasn’t expecting it. Although I suppose I should have.)

On VOY it was… “Blink of an Eye” was a wonderful Voyager episode, and even though I’ve been trying to do mostly TNG ones, I couldn’t bypass it. The ship gets caught in a planet’s orbit where time moves much faster than normal, and the Doctor has to beam down. His mission takes three years to him, but only minutes to the crew, similar to how the planet in “Mad Idolatry” ages hundreds of years every seven days. Voyager did it better though. 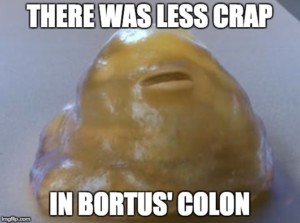 3. Pria — Charlize Theron comes aboard the ship as an archaeologist who goes back in time to steal the Orville and make it part of a collection in the far future. The crew is, understandably, not pleased with this. Also, Ed boinks Pria. The episode had some good moments, but overall it was just meh.

On TNG it was… “A Matter of Time” featured an archaeologist coming back from the future to witness a critical moment in time, except that he turns out to be a thief (and failed inventor) from one hundred years ago. As with “Pria”, the crew figures this out and brings him to justice, although the ending wasn’t as bittersweet as it was in “Pria”, where the crew’s actions literally wiped her timeline out of existence. 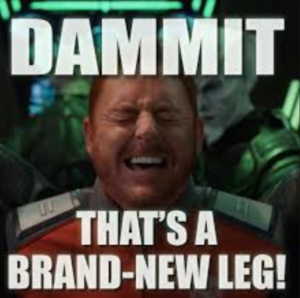 2. Into the Fold — I have mixed feelings about this episode. On the one hand, it’s your standard odd couple shuttle crash, and the odd couple is Isaac (who I don’t care about) and Dr. Finn (who I don’t know enough about). I liked the interactions between Isaac and the kids, but Claire’s sidebar with Brian Thompson just existed to show us her agency and the best part was honestly that the kids and Isaac still have a positive relationship after this episode. It was overall pretty good, but it didn’t stick with me — to the point that I had to look up which one it was before writing this.

On TNG it was… “Final Mission” paired Picard and Wesley (who were much more comfortable together than in “Samaritan Snare”) with a grumpy shuttle pilot from another species. Because we knew this was Wil Wheaton’s last episode as a series regular, there could actually have been consequences, but the fact that Picard was the one hurt gave Wheaton a chance to really shine in some intimate scenes (not like that, pervs) with Patrick Stewart. It wasn’t the best episode, but it was better than “Into the Fold”. 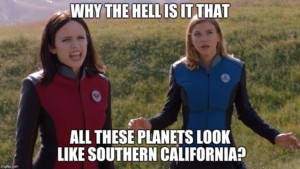 1. Majority Rule — The problem most people have with this episode is that Black Mirror did it better with “Nosedive”. While I did like the concept of an apology tour and a professional apologist — especially given what we saw from public figures in the latter half of 2017 — it overall didn’t interest me all that much. I didn’t care about John’s plight because I didn’t know him enough; he was just this guy who helps drive the ship. Also the bit with Alara and the hat was more offensive than funny.

On TNG it was… Y’know, I tried really hard, but I couldn’t find a TNG episode that fit the theme of “Majority Rule”. I guess when the previous five serieses were on, there just wasn’t anything even close to the concept of social media as a social standing tool, and while it isn’t new in sci-fi, Trek just never did it. I guess if you stretch you could go with “Justice”, which is the one where Wesley accidentally breaks a very minor law but is sentenced to death because that’s how that planet does it, and only by interfering with their society (as Isaac did by manipulating the popularity feeds) can Picard save him from certain doom. 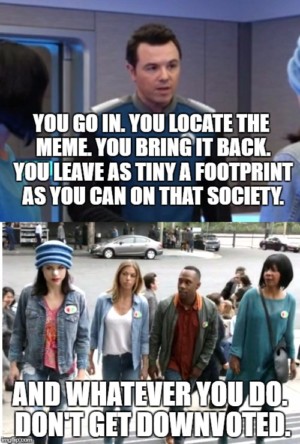 Just for funsies, here’s my six best TNG episodes, and how I think The Orville might take them on:

Seth MacFarlane et al, if you’re reading this, I’d love to collaborate on the writing of these episodes with you. I would also be glad to sell you the rights to some of my short-stories if you’d like to adapt them. 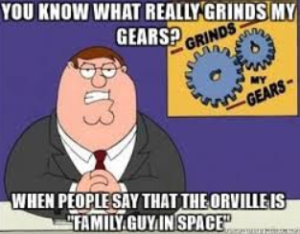 Space travel, steampunk Seattle, superheroes, and more. (But no zombies.) Check out Josh’s collection, The Clockwork Russian and Other Stories, which has been called “intelligent, compelling, and always entertaining” by award-winning author Sean McMullen, and “clever, thought-provoking, and occasionally unsettling in all the best ways” by award-winning author Andy Martello. Get your copy today! (Especially you, Seth MacFarlane!)