SIX OF THE WORST… things parents do in the carpool line

SIX OF THE WORST… things parents do in the carpool line

My daughter is driven to and from school each day because there’s no bus service to where we live. As such, I’ve had the opportunity to observe some major issues with the carpool line. Here are six of the worst of them. 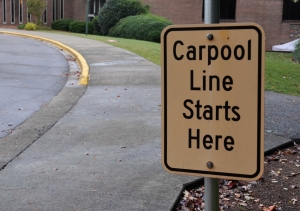 6. Getting there early. — At my daughter’s school, the gates are locked and the parent access code disabled for the hour or so before carpool begins. This is so parents can’t clog up the circle inside. But parents are sneaky, especially entitled ones: they zip in behind teachers and get in line right in front while the rest of us wait on the side of the road like we’re supposed to do.

Or, worse… How about that one parent who keeps trying to get in with the parent code but refuses to accept that it’s turned off? That parent blocks everything, and then can’t get out because all the other parents wait behind that car. Teachers can’t get in, traffic gets backed up, and then the gate gets opened because it’s easier than everyone working together and following the rules.

Carpool maps from schools are often pretty hard to understand.

5. Letting the kids out early. — The school says that kids need to stay in their cars until 7:30. Before then, there’s no supervision inside or outside — and the school doors stay locked until 7:30 anyway. But there’s always one parent who’s more important than the others, who lets the kids out at 7:27 to stand at the door, because three minutes is totally going to make the difference between getting Starbucks on time and having to wait in line just that much longer. Meanwhile, the kids have to wait outside, in whatever weather is going on (and it’s cold in Georgia on winter mornings) just because that parent was too busy. Use the time for extra hugs; you’ll be glad you did. 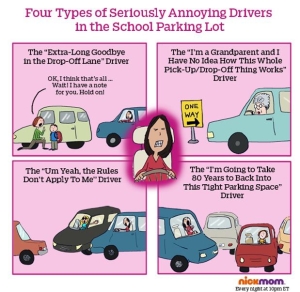 4. Getting out of the car. — Parents should not, under any circumstances, exit the vehicle while in the carpool line. I don’t care how recalcitrant the child is being; I don’t care how much stuff the child has to carry. If you’re in a “get out of the car” situation, you’re in a “go park the car” situation. Nothing is more frustrating than waiting in line because someone’s special little snowflake put a backpack in the trunk and you have to go get it. And as much as you want a hug, get it in the car or do without it; ain’t no one got time for you to get out and hug your three kids. P.S.: I don’t care if it’s raining; it’s five feet to the overhang. Water won’t kill the kid, unless her name is Elphaba.

Or, worse… Never, ever, ever park in the fire lane. This is a huge problem at my daughter’s school — not during carpool, but during the day. Parents at her school feel like they’re so important that they should be allowed to park in the fire lane in front of the building; they don’t want to walk the extra fifty feet from a parking spot, or park in an inconvenient location, or be forced to put their expensive cars anywhere near the teachers’ affordable ones. I’ve complained about this numerous times, but it won’t really be addressed until there’s an emergency and a fire truck crashes into someone’s Mercedes*. 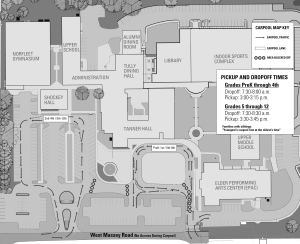 3. Pulling out of the line. — Look, I get it, I’m a working parent too. I have to get to work. But that doesn’t give you, me, or anyone license to pull out of the carpool line and go around cars that are “slower” than you. Not only is it not safe, but it’s specifically against the rules. You don’t move forward until the person in front of you does. That’s the law of carpool. Obey.

Or, worse… Doing that while checking your phone. I get terrible cell phone reception at my daughter’s school, and some days I wonder if that’s on purpose. Not that it stops anyone from checking their phones constantly, ignoring their children and the people crossing the road. The rules say not to use your phone in carpool, but no one is ever penalized. More on that in a moment. 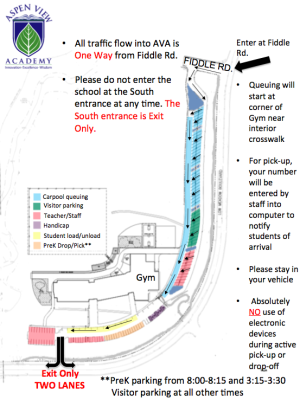 See what I mean?

2. Not letting people out of parking spots. — This one is a personal pet peeve for me, and there are two levels to it. First of all, carpool lines by necessity go through parking areas because there’s no room on campus to build a long lane just for carpooling parents to wait around — and if there was, the carpool lane would be extended through the parking lot anyway. It’s always been this way, as far back as I can remember**. That leads me to my second pet peeve: blocking people in. Recently I had to pick my daughter up at 2:50pm for a doctor’s appointment, and the gates opened at 3pm for carpool. By 3:05pm (the school gave me a runaround about the pickup), the entire parking lot was full of cars, and we couldn’t get out. I got out of my car, walked up to the person behind me, and asked if she could move. She looked at me like I was an alien for asking her exalted highness to move her car five feet in one direction. And then people had the temerity to give us dirty looks as we drove toward the exit, as if we were the ones being rude.

Or, worse… Carpool is a stressful time for everyone, and we’re all in a rush, thinking only about ourselves and our children — and, usually, getting them to their next activity. This leads to people not paying attention, cutting each other off, and generally causing mayhem around the exit. Be polite, be mindful, and take turns leaving the premises. It helps if there’s a police officer of some sort, but sometimes there isn’t. Don’t be a dick. 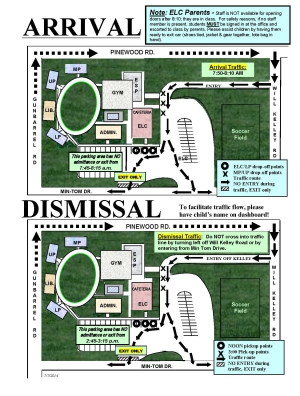 This one’s a little scary.

1. Not pulling forward. — The internet is alight these days with people sounding the clarion call of well-behaved carpool parents everywhere: pull forward, let your child out, exit the circle. It’s an extremely simple process, one that’s made far more difficult by parents who refuse to pull forward. If there’s a space in front of you, take it. If your kids are about to get out, tell them “hold on a sec, we’re going to move up”. Kids understand that carpool is a mess, mostly because they pick up on your stress*** and if you’re stressed at the same time every day then they’ll do what they can to alleviate that, even if they don’t know they’re doing it. Kids can be surprisingly compassionate.

Or, worse… Don’t let your kids out in non-carpool areas. There are signs up for a reason: student safety. If the sign says “don’t start letting kids out here”, then don’t do it. Simple. Except for carpooling parents who are better than everyone else. 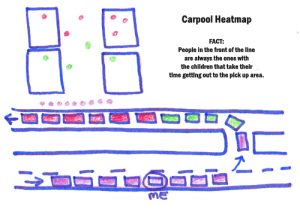 Why is no one ever penalized for misbehaving in the carpool line? There’s a whole page of rules, but no penalties. No one is forced to wait until later in the day (for afternoon carpool), or pay a fine, or do some form of volunteer work. Security and carpool staff just ignores all the bad behavior, which is why no one bothers to obey the rules in the first place. It’s supremely frustrating. Right up there with the police officer who sits at the intersection of Peachtree Dunwoody Road and North Park Place but never pulls over the people who use the left-turn lane as a through lane and then jam their cars (usually expensive) into the actual through lane at the last second. I know he’s seeing it; he’s just ignoring it. He should be ticketing these people, and the school should be somehow penalizing carpool drivers who don’t obey the rules.

In contrast, my friend Will’s children attend a nearby Catholic school, and they do penalize you there. And anyone who’s ever watched Desperate Housewives will remember what happened to Gaby when she disobeyed the carpool rules. I’m totally on-board with making disobedient parents park down the street and walk their kids in, and I bet it would solve a lot of these problems — more than a fine (which would go into the school’s coffers) ever would.

Tangent: we have a suicide lane here in Fulton County that connects Sandy Springs to Roswell. When I first moved here in 2004, people obeyed the rules and didn’t go the wrong way, but nowadays I see at least five people a day pushing it, going the wrong way in the suicide lane, causing cars coming in the correct direction to have to jam on their brakes. If people can’t be good citizens and use the suicide lane properly, then it’s time to paint it over as a center turn lane and take it away from everyone. Traffic will get worse, but I’ll take that over people getting killed.

Unfortunately I’m in the minority there. 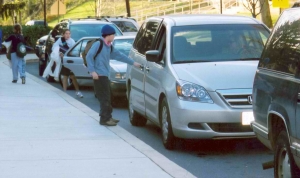 Want to read a cool book? Check out The Clockwork Russian, by yours truly.

** Y’know, when I used to have to drive uphill in the snow both ways to be carpooled.

*** And we all know how helpful it is for kids to start the school day stressed out, right?