SIX OF THE WORST… things about social media (for writers)

If you’re a writer, having a social media presence is pretty damn important. After all, where are your readers going to go to learn more about you, your books, what’s happening, and what you’re working on?

But it’s never that easy.

My first published story appeared on September 29, 2009. It was called “27 Jennifers”, and to this day it’s still one of my favorites that I’ve ever written, despite places where I can see that I could’ve done things better (or, at least, differently). In advance of its release, I created a website and a Facebook page, and while the website has gone through a few iterations, the Facebook page is still pretty much the same.

I have fewer than 100 likes in seven-plus years. And that’s not the most annoying part. 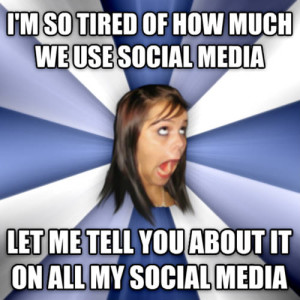 Here’s six of the worst things about social media (for writers):

6. No one goes to your page. — When you have a story published, what are the odds readers are going to go to your page? Your twitter? Your Facebook? Probably slim — it means they have to either put the magazine or book down to pick up a phone or go to a computer, or they have to click a link in the electronic copy. And they won’t. They’ll rationalize by saying they can do it later, but it won’t happen later. Or ever.

But you do it anyway because… …there’s always a chance, right? That users’ fingers will slip and accidentally tap your link on their Kindles or iPads? And if that happens, you have to have fresh content there to keep them interested, right? 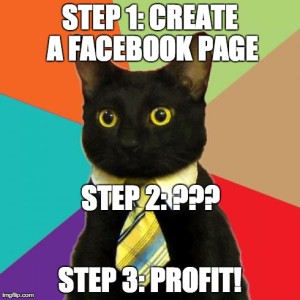 5. Do you keep it separate? — You’re “supposed” to keep your private life private, right? You’re “supposed” to create new accounts for your writing persona (especially if you write under a pseudonym). But if you’ve been hanging out online for a while, you’ve already built up a following on your personal accounts — your Twitter, your Facebook, your Instagram. Do you really want to go through all that work? Of course not! You’re just going to ignore the advice, just like I did, to have a separate account for your professional and writerly stuff. You’re going to stick it on your personal account.

But you do it anyway because… …you’ve already built a following on your personal accounts. I have two Twitter accounts, but the only one I actively post to is @Listener42. I have a personal Facebook profile and a professional one, but all my interesting links go on the personal one. I have two blogs; this one has all the funny pictures and insightful sayings, while this one is my “professional” blog with all my writing on it. Back when Google Plus was a thing, I had to subdivide my posts into public-vs-circles; on Instagram it’s mostly personal stuff (for now). Why should I try to get people to follow a new account when all my personal ones have plenty of followers? 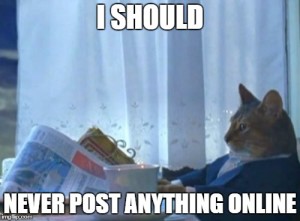 4. People might start blocking you. — How many Twitter and Facebook accounts have you blocked because they won’t stop posting about their books, or their products, or their religion, or their political beliefs? How many Instagrams have you unfollowed? These sites make it easy to post about your writing as well as your beliefs, but they also make it easy for others to block you — or, as I’ve done with topics I don’t care about, filter things out. So it would behoove you to cut back on posting about your new story every hour or two.

But you do it anyway because… …you’re so proud of your work — which is totally fine! I’m very proud of everything I’ve published, and all I want is for people to read my stuff. But there’s such a huge disparity between signal and noise that people have to be judicious about what they allow through, so that they can maximize their time spent checking Facebook at work. All writers take the chance that they’ll be blocked or filtered, because they want people to read their stuff. At least when you’re blocked you don’t know it, unless you’re shoulder-surfing someone who you know follows you. 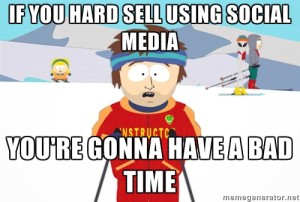 3. It’s a time-suck. — Even if you’re not using social media to further your writing brand, you know social media is a huge waste of your time. Reading all those quizzes, writing all those comments on your annoying uncle’s “support Political Candidate X” posts, retweeting things that are funny, posting properly-angled pictures of food on Instagram… it takes hours each day, and even if you were to sit on the feeds and do nothing else, you’d still miss stuff because there’s just so much of it.

But you do it anyway because… …the most effective way to market yourself, whether it’s as a writer or something else, is organically. That is, to get people to want to follow you because they decide you’re interesting. I’m reminded of a tweet I made a few years ago about Kia putting Android into their cars. A Kia dealer in New Jersey (I live in Georgia) replied, saying I should come in and check out the cars. I replied to them, saying I’d just paid off my car that month and wasn’t looking for a new one. And then, instead of trying to hard-sell me, they said something like “That’s awesome! We know how good that feels.” That was the end of the interaction, but I still remember the name of the dealer because it was positive, and the value wasn’t in the product but in the feelings generated by our conversation. Unfortunately, it takes a lot of time to do this, especially on social media, and most writers aren’t extroverts — we don’t constantly go out and talk to people. We just watch Twitter scroll by and occasionally reply to something, hoping the other person will talk back, or click through to our profiles and maybe see that we’ve written a book. The ROI is extremely low, but it’s the best way to get people interested. 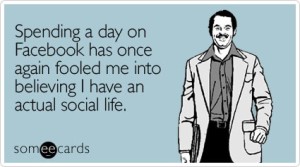 2. There’s always something new. — Remember when Google rolled out Google Plus? It’s still out there, sort of. Many writers I know flocked to it because of how it was organized; you could put people in circles and only talk to the people who care about certain things. Ostensibly it was supposed to help with message refinement, but it didn’t really work. Some writers still use it (I don’t). And that’s just one social network, which took years for us to discover that it wasn’t helping. Sure, we have Twitter and Facebook, but now there’s Instagram (which is rapidly becoming so clogged with self-promotion that it’s ceased to be fun anymore), WhatsApp, Snapchat, Whisper, Pinterest, LinkedIn, FourSquare, and I’m sure it’s only a matter of time before you can swipe right on your favorite authors to learn more about their books. Plus there’s writer-specific ones, like Goodreads. Keeping up with the leading edge of social media is a full-time job.

But you do it anyway because… …there’s something to be said for getting out in front of things. I used to jump on all the new social networks (I remember the failed experiments that were Plurk and Identi.ca), but it got tiresome. Still, if you can do it, it’s totally worth it; Julia Nunes started posting her covers on Youtube just as the platform was starting to explode in popularity, and she benefited greatly from it. It’s a lot harder to do that now — everyone knows NewSocialThing is coming months before it hits, and they’re all ready to jump on it with their products and services. Again, way more noise than signal, but if you’re lucky, you’re part of the latter. 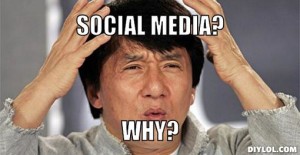 1. Likes and retweets don’t equal readership and sales. — At the time I wrote this column (January 25, 2016*), I had sold exactly nine copies of The Clockwork Russian**. That’s nine copies in two months. I’ve posted hundreds of times about the book on Facebook and Twitter, and more than a few on Instagram as well. Each post gets a few likes, in the beginning, a comment or two, because I have friends and family who support what I do. In total, on every post about my writing since November 22 of last year, I had 140 likes, 10 comments, and 14 shares. And 13 total sales (four were for a different book). What’s worse, my two “announcement” posts from earlier in November — one for the cover and one reminding people the book was coming out — got 38 likes, 10 comments and 2 shares. I’m not even going to bother going through my Twitter to add in those likes, retweets, and replies, but I imagine the numbers are similar.

But you do it anyway because… …despite how frustrating it is to see people say online “I’ll buy your book!” and then not see your KDP numbers increase, you know the “only” way to get your book out there without actually doing any work is to post incessantly about it on social media. I mean, you could try to do signings… but if you don’t have paper copies of the books, what’s the point? And I don’t publish anything in print; we all have smartphones, and my grandmothers both have access to Kindles. I don’t see a need to waste paper. If a publisher wants to put one of my books out in print, that’s awesome, but as a self-publisher I don’t bother. Why should I charge you, the reader, $8.99 or more for a book that you can buy online for $2.99? It’s unfair to you. Anyway, to get back on topic: likes, comments, and retweets are nice, but they don’t equal readership and sales. Doesn’t mean we’re going to stop enjoying the interactions on social media, but we’re not stupid. 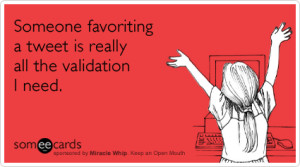 Last December I decided to try a little experiment: I spent $100 on Facebook advertising. According to the social media team here at work, that’s plenty to get a message out. I figured it was worth a try.

My ad ran for 31 days, reached 5189 people (98 percent of them on a mobile device), received 280 clicks, and… sold two copies. I got a five percent click-through rate, but if we’re going by conversions — which means “percentage of success”, where success = “someone bought a book after seeing my ad” — my conversion rate was 0.04 percent.

Social media sucks, for writers. But we can’t stop. That would mean admitting failure, and that’s a long, dark road from which there is no turning back. 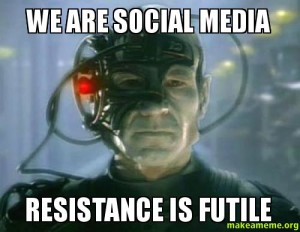 Josh’s new book, After the Apocalpyse, is coming on November 20. Preorder it now here, and pick up his short-story collection, The Clockwork Russian and Other Stories, while you wait.

* Regular readers of this column know I write these often weeks or months in advance. I was thinking about this topic on January 25 and decided to write the column then, rather than just make notes and hope I remembered what I wanted to say nine months later.

** Really eight, because I always buy one copy of everything I publish, just to make sure the system works correctly.