Home/Gaming Addicts Anonymous, Six of the Best/Worst/SIX OF THE WORST… things about playing against the computer
­

As much as I love playing games with other people, sometimes* it’s not possible to have them around. Sometimes you’re stuck playing a game you love by yourself. 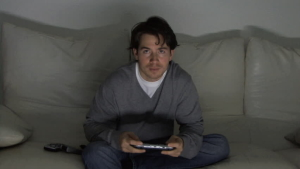 Enter the computer player — a reasonably-sophisticated AI that can challenge you, help train you, or (depending upon the difficulty level you set) really piss you off.

Here are six of the worst things about playing against the computer.

6. Random bursts of awesomeness. — Back when I used to play Madden, I had very few friends who (a) wanted to play against me (b) were good enough to challenge me** (c) had 45 minutes to sit through a game with such egregious load times as the original PlayStation had. So I would play against the computer… which was fun, for the most part. I had difficulty set on “All-Pro” — the only level harder was “All-Madden” — because with anything lower I could run and pass with impunity. I wanted a challenge; I didn’t want to win easily all the time. That was boring.

And then this happened… Every now and then, though, the computer would experience a random burst of awesomeness and score three TDs in a row, or intercept all of my passes, or break all of my tackles. There was no rhyme or reason to it, but when it happened, I usually got crushed. When the computer hulked out, there was literally nothing that could stop it. 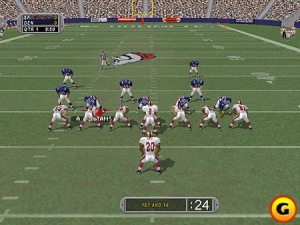 5. Deck stacking. — I’ve played a lot of Settlers of Catan on my phone. I have it set at the highest degree of difficulty, and I still win 99 percent of the games on any of the maps I choose. I usually choose the most challenging modification, “Greater Catan”, which forces you to remove resource number tokens from the mainland the more you explore the surrounding islands. It’s super fun, especially in the beginning when you’re in a mad race to build stuff and at the end when a single roll can net you a crapload of resources.

And then this happened… However, in the middle of the game the computer always decides it’s time to stack the dice. Maybe I’m on a 4, 5, 6, 8, and 11. Well, for six or seven turns in a row we’ll roll 3, 7, and 9 exclusively — or, hell, just a run of 7s. It’ll be virtually impossible to get any resources, the computer will get all the roads and ships, and all of my carefully laid plans will be ruined. And, when I finally get enough stuff to build that one settlement I need, the computer players will throw a monopoly card and take all of my wood. I mean, sure, the law of randomness (such as it is) could lead to four rolls of 7 in a row, but it happens literally every time I play the game. That’s not random. 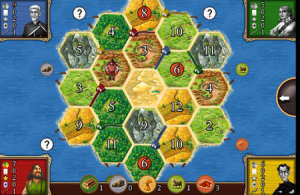 And then this happened… So you work around that. You don’t pick routes that require you to go through Helena, and you don’t go for the development cards. If you’re playing Madden, you run up the score early, before the computer adjusts to your playing style. It’s the same as playing against a human, except that a human can adjust in ways that a computer might not think of because the programmers didn’t think of it. 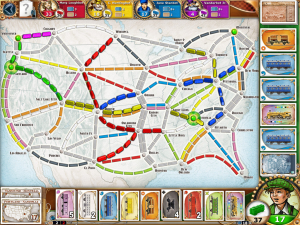 3. It’s not a challenge. — For some games, you can top out at a skill level that’s simply too high for the computer. I haven’t lost at Carcassonne or Settlers of Catan in at least two weeks — and I’m not quitting when things don’t go my way, just for the record. It’s just, in some games, I’m better than the AI, and it makes it boring. Not so boring that I don’t want to play, but it’s become more about exploring different strategies than playing to win, once winning is a given.

And then this happened… The thing is, when you play against a human, there are uncountable strategies in any one person’s head. I may be amazing against the computer at some games, but when I play against my partner I have to adjust to her strategies. Then she adjusts to mine, and to the way the game goes, and then I get crushed at Ticket to Ride or she suddenly turns over three victory point cards that I thought were knight cards. It’s much more of a challenge to play against humans, and it ups my game… and then I beat the computer even more. 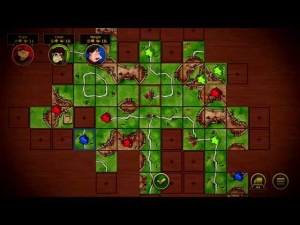 2. Humans don’t glitch. — Sure, when I play against humans, sometimes they make mistakes. They go in a direction that doesn’t seem to make sense, or they get locked in on a certain strategy. That’s just what humans do. But when I play against the computer, there are downfalls with the AI that strike at the oddest moments.

And then this happened… Let’s take a recent game of Settlers of Catan. Me against three computer players, hardest possible difficulty. I had 18 points, the computer had 19 points, and the victory condition was 21 points. There were no development cards left, and I was at the point where I just had to build another couple of cities and settlements and I’d win the game. Both of us had the ability to get a ton of resources on almost any roll. Over the course of five turns, I demolished the computer, even though I saw it get enough resources to build cities and settlements, and there were plenty of legal moves it could make. By the time I got my 21st point, it had over 30 resources and it was just sitting on them. By all rights I should have lost that game, but the AI glitched and that was the end of that. 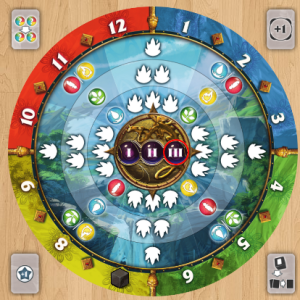 What even is this?

1. It stops being fun real quick. — Despite all evidence to the contrary when your average solo player is enjoying a game of Madden and tearing the AI a new one, it’s not as much fun playing solo. I love board games, and I can kill twenty minutes playing against the computer, but I’d rather play with people. Whether the humans are better than me or worse than me (or at about the same skill level), there’s a certain something you can’t get from a computer player: camaraderie.

And then this happened… That said, computer players are rarely intentionally assholes. A couple of years ago, I went to a game night meetup and ended up playing a very complex game called Seasons. The other three players all knew the rules, and the GM had memorized most of the cards. I got slaughtered, and it wasn’t fun at all — not because I lost, but because I wasn’t equipped to even take a shot at winning. Later that night, we played Small World, GM’d by the same person, but I think he figured out that he wasn’t doing a good job before because, even though I lost, I still had fun. And, the next week, I was able to GM my own games of Small World and Alhambra — I didn’t win either, but I had fun. And that’s really what it’s all about. 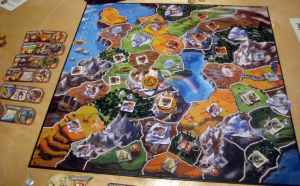 You’ll notice that I’ve left off the online play option for all these games I mentioned. That’s because in many cases it either doesn’t work or is fundamentally flawed. When I used to play Madden, the online interface was sketchy, although once the game started things settled down. I know that these days a lot of online players have to deal with lag on their fighting or shooting games. The Ticket to Ride online system is decent, but the players often play too slow to make a game any fun. Asynchronous word games are cool if your opponent plays at a decent pace, but at a certain point you end up adding so many games because you’re sick of waiting that you drown in letters.

But nothing beats playing in person. Nothing.