I recently had the occasion to go through my Google history looking for an article I’d closed but wanted to share with a friend. I happened to find my search history at the same time, and oh boy did I make some weird ones.

Here are six of them.

6. why does microwaved fish smell like vacuum bags — Have you ever gone into the break room at work and found an odor that smells for all the world like a used vacuum bag? Is it just me? I don’t know, but I’m pretty sure it’s the smell of someone having microwaved leftover fish — a big no-no in the world of work.

Best result: How to remove cooking odors from your home. 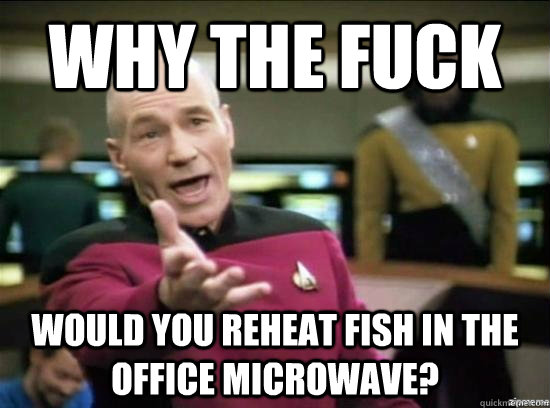 5. who plays the mucus on mucinex commercials — Recently, Mucinex has hired a new voice actor for their Mucus character. The voice was bugging me, so I ran a search to find out. Prosaic, but still weird.

Best result: Who does the voice of the Mucinex commercial? (It’s TJ Miller, aka “Tuffnut” from the How To Train Your Dragon series.)

4. patrick stewart as a spy with alzheimers — I’ve recently been undergoing some issues with my memory. It’s deteriorating fast, but only things that are relatively recent. My long-term memory is fine. Anyway, I had a vague memory of seeing Patrick Stewart in a film about a spy who had Alzheimer’s and was losing his memory. Every day he had more and more post-it notes reminding him of things. That’s how I feel these days — like I need to put post-its everywhere. 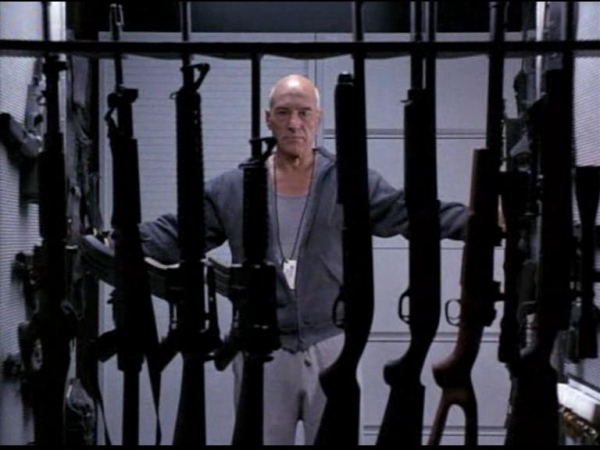 3. what color is mud in dallas — I’m working on a horror novella about a boy who becomes obsessed with capturing the Tooth Fairy. It’s necessary for me to know what color mud is in Dallas for one of the scenes. So I googled it, because that’s what you do.

Best result: Oddly, I wasn’t able to find a specific answer on the first couple of pages. It’s mostly mud runs. I think I just wrote around the answer; I keep forgetting to ask my friends who live in Dallas. But I think that our esteemed publisher, Bella Blitz, may know the answer…

2. genesis allowed is not is planet forbidden — Every time someone mentions Terminator: Genisys (or the Hyundai Genesis), this line from Star Trek III: The Search For Spock runs through my head. Because I’m a huge nerd.

1. amsterdam dogshit blues — Every now and then for some reason I’m reminded of the song “Amsterdam Dog Shit Blues”, which my old friend Casey dubbed onto a tape for me back in the early 90s. There were other songs on that tape, including “Take The Skinheads Bowling”. Because we didn’t want to get in trouble with our parents, my sister labeled the tape “Amsterdam Dog Pup Blues”. She didn’t know how to spell “poop” at that point, I suppose.

When I used to be a political/issues blogger, back in the early 2000s, I used to always check my cPanel to see what google searches were getting people to my site. After a while, I had a little fun with it by making a “Googlers Beware!” label that I put on anything that might be a naughty search result — anything involving celebrities or nudity, for starters.

This story is only funny to me, I think.