It takes a lot to get a TV show made, and one important part is the cast. It’s even harder when you have an ensemble cast, because you have to have five, or seven, or even more characters that are interesting, that have good stories, that the audience can keep track of.

But it seems like producers and showrunners constantly strike out when it comes to choosing a main character. Here are six of the best currently-running TV shows that are held back by their boring main characters. Spoilers included. 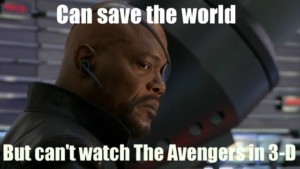 Unrelated meme. I just thought it was amusing.

6. The Expanse (James Holden) — The Expanse, based on the novels by James SA Corey, is a wonderful show. It’s gritty and realistic without being grimdark, the science (mostly) works, and it’s easy to care about (or hate, which is a form of caring when it comes to TV watching) all the main characters. The top-billed character on the show is James Holden, the captain of the Rocinante (now the Contorta), who is your typical scruffy reluctant hero-type with a questionable moral compass that ends up turning in the right direction after enough time goes by.

Who do we care more about? Alex is funny and cares so much it hurts. Bobbie is dynamic and continues to grow with every episode. Avasarala is a bit of a trope but still hilarious (and amazing in the books). Even Amos, with his dark past. Naomi was interesting for a while but I’ve moved on from her. 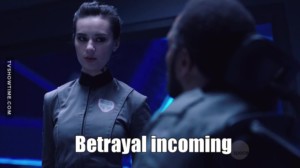 5. Grey’s Anatomy (Meredith Grey) — How has this woman not suffered a permanent nervous breakdown with everything that’s happened to her? In the beginning I was fine with her, but by the time I quit the show (just after the Plane Crash) I didn’t care about any of her storylines. She was whiny, put-upon, and indecisive, until the moment when someone gave her good advice and she took it, saving the day or whatever. If anything makes her redeemable it’s that she makes mistakes.

Who do we care more about? Alex became my favorite character over time because he actually grew. Meredith never grew. I also loved Callie’s attitude and the Chief’s chiefness. 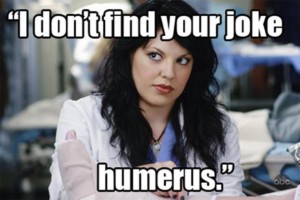 4. Iron Fist (Danny Rand) — Iron Fist had a really promising beginning — Danny returns to his old life in New York having learned how to be a warrior. But he quickly devolved into a typical angry, whiny, malleable guy who let the main villain completely manipulate him. By the end of the show he had become a little more interesting, and he definitely improved in The Defenders (although he was by far the least compelling member of the team), but in the middle I dreaded pretty much every one of his scenes.

Who do we care more about? Colleen was a little too “generic Asian female martial artist” for me, but Claire has been a great character weaving through all four shows, and she deserves to be a lead herself. Also, Madame Gao was compelling whenever she was on screen. I’m still mad that she (probably) didn’t survive The Defenders. (And, speaking of, nobody cared about Sigourney Weaver’s character on that show. Her death was unexpected, but nobody actually felt anything no matter how hard the writers tried to humanize her.) 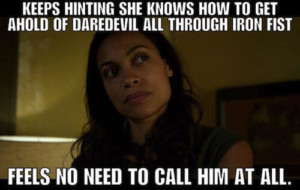 3. Orange is the New Black (Piper Chapman) — There’s a running joke on the internet that says “Orange is the New Black doesn’t have commercials, but it has scenes with Larry, and that’s the same thing.” For me, it’s scenes with Piper. I stopped watching after season 2, but still, I very quickly stopped caring about Piper. This is a major problem with fish-out-of-water shows — the main character has to be completely relatable to the majority of the audience. And yeah, I suppose Piper is reasonably relatable, but only because she’s so boring. She got busted for selling drugs; there’s nothing else interesting about her. I also didn’t care at all about her previous relationship with Alex, or her efforts to become a badass.

Who do we care more about? Taystee was by far my favorite character on the show. Poussey annoyed me a little, but I still cared about her. I liked Daya too. And we must all remember that Red didn’t make the food; it had nothing to do with her. 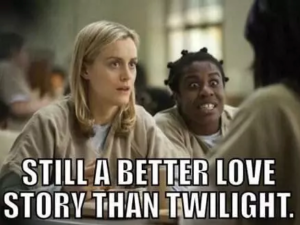 2. Sense8 (Will Gorski) — On a show with so many amazing personalities, why do we have to have Will Gorski? Why do we have to have a scruffy, conflicted Chicago police officer? And why does he have to be so important in the second season? Why does everything have to revolve around him? Why is he the one who gets the magical insight into the main villain?

Who do we care more about? Um… everyone? But I particularly love Lito, and Capheus in the first season (I don’t care for the actor playing him now). With Lito, you also get Hernando and Dani too, and they’re equally great (although the storyline with Dani’s ex is one I could live without). Sun is a bit of a cliche in places, but she’s still a good character and I care about her. 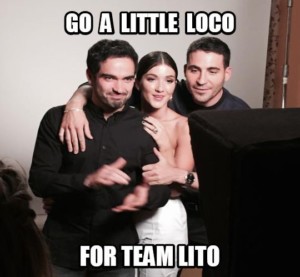 1. The Magicians (Quentin Coldwater) — In the novels, Quentin Coldwater is annoying as hell, but Lev Grossman wrote him to be a trope-slash-lampshade, and he grows and improves as a person at least somewhat. On the show, Quentin has become your typical whiny graduate student with floppy hair who makes all the bad decisions, engages in white knight behavior, and somehow does something heroic at the end. He sucks the air out of every scene he’s in, and he doesn’t even look like the Quentin in the books (who is supposed to be very tall and gangly).

Who do we care more about? My favorite characters on the show are Penny and Eliot. Penny is sarcastic and hilarious and super-confident, and while he makes the wrong decisions at least he’s funny about it. Eliot, meanwhile, has grown immensely over the past season-and-a-half, going from a homoflexible drug addict who just uses magic for pleasure to a homoflexible king who cares about his people and his friends and wants to do the best he can by all of them. 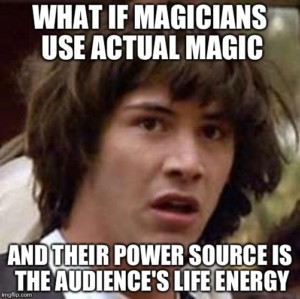 Notice something about all of these characters? Perhaps that they’re all white?

Look, I have nothing personally against any of the actors. They auditioned, the producers chose them, and they are doing the most they can with the material they’re given. But I keep seeing new shows start and I keep seeing angsty or scruffy or down-on-their-luck or poised white dudes (and white ladies, but mostly dudes). It’s a product of institutionalized favoritism by which white creators are given more and more power and the more insulated they get the more they just keep making movies and shows that are “what would my life have been like if I was younger and also had superpowers/lived in New York/was a police officer/had an MD/etc.?”

This damages everyone. Non-white and non-male creators have more difficulty getting their content out there, and when it does — especially in our current climate — it gets pooh-poohed because the creator isn’t a white dude, or the main character isn’t a scruffy white dude, or someone dared to cast a woman who was more than just eye candy. Content from these creators gets shunted to secondary channels, or gets removed from theaters too quickly to make room for the next White Guy Superhero Movie, or (when it is successful) becomes the subject of thinkpieces on why this movie did great compared to movies made by white creators (seriously, read some of the press around Black Panther; I saw shit on Twitter that, in the words of Winston Zeddemore, “will turn you white!”, so to speak).

I know I’m just one guy with one stupid little column, but if enough people pass the message upward, maybe someone who matters will actually see it. 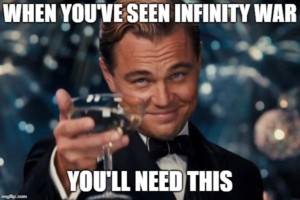