SIX OF THE BEST… tips for keeping your pet healthy

Most nerds have pets. This is known. Generally the nerd pet of choice is the cat, but there are all sorts of pets out there — dogs, iguanas, snakes, hamsters, ferrets, whatever. But one thing we all need to do is keep our pets healthy, so they can provide lots of companionship during their lives. Given that many of us spend a lot of time on our own, sometimes the only social interaction we have is with our pets. So let’s take care of them, huh?

To help you with this, I spoke to a friend of mine who’s a veterinarian in Kennesaw, GA, and she gave me six of her best tips for keeping your pet healthy. 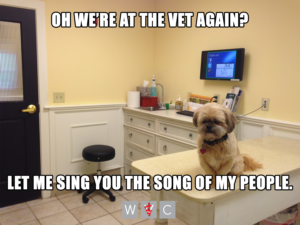 6. Good grooming — Realistically speaking, a lot of these tips are going to be pretty straightforward and obvious, but here’s the thing: if you don’t think about it, you don’t do it, and then when it gets to the point where it’s out of control, you really don’t do it. Case in point: it had been a while since I’d cleaned my bathroom, and every time I thought about doing it, I just groaned and decided to let it wait, because it was just so much work. Well, the same thing happens with pets, except that, unlike humans, pets sometimes can’t do all the necessary grooming. Which seems weird; I mean, they’re animals, right? But hey, some of us don’t groom so well either. Anyway, groom your pet. Brush or comb its coat, make sure it gets regular baths, that sort of thing. Trust me, it’s easier than the alternative.

It’s kind of a funny story… I once had this cat who got so old and overweight that she just decided one day “I’m not going to groom the fur on my back.” And it got more and more matted until one day we had to take her to the groomer. We said “just shave the matted area.” What we picked up later was a cat with fur only on her head, legs, and tail. Nowhere else. She was, to put it mildly, not pleased. 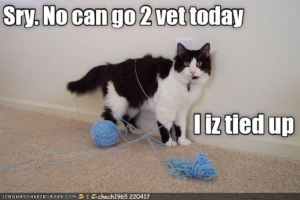 5. Healthy weight — A lot of nerds (including myself) have problems keeping at a healthy weight. Food tastes so good, and exercise is so difficult and boring. Humans have evolved to be sedentary creatures, but our pets haven’t all gotten that far yet. Let’s keep it that way. Take your dog for a walk. Play with your cat. If you don’t have a pet, maybe consider adopting something that you can exercise with, because it makes the animal happy to be spending time with you. Also, consult with your vet about the right amount of food to give your pet. Cat owners: you may have to stop free-feeding, and your cats will be very angry about this.

It’s kind of a funny story… That same cat who got shaved was also our largest cat. But I don’t think it was all her fault; her sister was also a big cat. Not fat, but just big. The vet never said she was overweight. But what amused me was watching her walk up the stairs — it was like she was wearing a pair of furry bloomers. If you have a fluffy cat, you know exactly what I’m talking about. 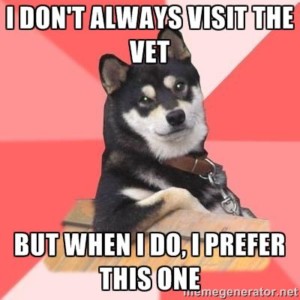 4. Flea and tick prevention — It seems pretty obvious to most people, right: fleas and ticks are bad, so don’t let your pet fall prey to them. But it’s not always that easy, especially if your pet regularly goes outdoors. Fortunately, there are plenty of flea and tick prevention products on the market. Your vet can suggest one. Though it may seem like an unnecessary step if your pet never goes outside, trust me, if just one flea gets in, you could be in for a lot of trouble. And ticks carry diseases; nobody wants those.

It’s kind of a painful story… When I first got my cats about 18 years ago (they have all since passed on), I was living in an apartment with… let’s just say a cavalier attitude toward door seals. My cats were always 100 percent indoor, but somehow they got fleas. And when they got fleas, I got flea bites. A lot of flea bites. I swear I looked like a marshmallow man dipped in pink paint with the amount of calamine lotion I used… and it didn’t even really help all that much. The exterminators took care of it, but it was not a fun few weeks. 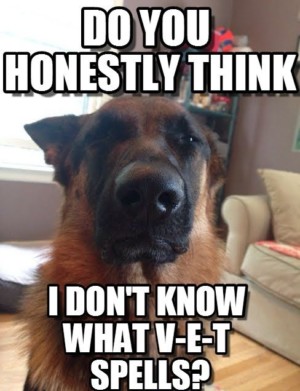 3. Heartworm prevention — One of my most vivid memories of taking my pets to the vet is the diagram of what a heart looks like when it has a heartworm. Not cool. Apparently in dogs they can multiply like crazy, which I didn’t know, and they attack the heart and lungs, which are pretty important. So prevent heartworm in your pet.

It’s not really a story… I don’t actually have a funny story about heartworm prevention. But I always dropped the appropriate heartworm pill in my dog’s food as needed. You should too. 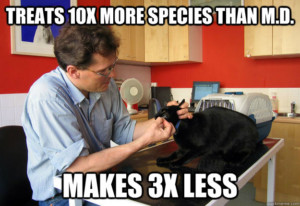 2. Shots and vaccinations — Having a pet isn’t cheap. You’re taking responsibility for another living creature’s entire life — its food, shelter, happiness, and health. And yeah, pet foods aren’t a lot of money, the pet lives in your shelter, and hanging out with it usually makes it happy. But unlike human health, pet health isn’t often covered by insurance, and the insurance policies are a drain on finances (and are post-tax, not pre-tax). But preventative care can at least help with that, and that means getting your pets their shots and vaccinations. It’s better to pay the fifty bucks (price subject to change) every year than deal with the much greater cost of treating a preventable illness.

It’s not a very funny story… I once had a cat who started to lose weight, become incontinent, and display signs of unhappiness. I brought him to the vet, and the vet asked if he’d had all his shots. He had, and he’d also been tested for the usual maladies like FIV (feline AIDS) and feline leukemia. The vet went through several rounds of tests and treatments, but nothing worked and eventually he (the cat) died. I took his body to a different vet (mine wasn’t open yet) and they offered to do some testing as part of a partnership with one of the vet schools in Florida. It was free, so I did it, and it turned out he died of FIP, which there is no straightforward in-house veterinary test for. The moral of the story is: no test is perfect, and just like it is with people, sometimes doctors get things wrong and friends don’t survive. So don’t get mad at your vet if it’s not possible to save a sick or injured animal; just like a human doctor, vets do their best to help their patients. 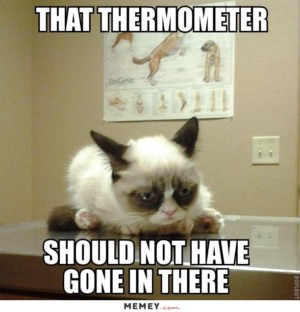 1. Behavior and socialization — Let’s get back on a more positive track here. Animals are animals, and just like humans, they have to be socialized to behave properly in different situations. There are countless trainers available in pretty much every area, so find one and make sure the animal is able to conduct itself around your family and friends.

It’s kind of a cute story… In 1999 I wanted to live off-campus, so I used a roommate matching service and ended up meeting a woman named Brooke. She was a little leery about renting her second bedroom to a guy, but she gave me a shot. When I got there she asked if I was allergic to any animals, because she had a cat. I said no, and that I liked cats, but she told me her cat never associated with strangers. Not five minutes later said cat walked right out of Brooke’s bedroom, across the living room, and over to me. I let her jump in my lap and gave her many pets. I’m pretty sure that’s the only reason Brooke let me rent that room. 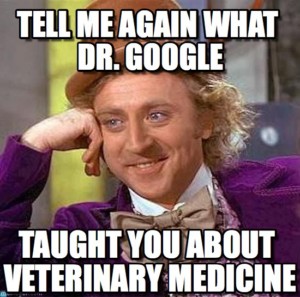 I once went to a party where the owner had several large dogs — a Doberman, some German Shepherds, and some Belgian Malinois… es… whatever…

Anyway, I was sitting in the living room with some friends and the owner let two of the dogs in. They ran around, getting pets, and one of them hung out with me. I petted her and she eventually sat on my foot… and then laid down on my foot. So I wasn’t going anywhere.

Then the other dog came over and laid down on my other foot.

On the bright side, my feet were nice and warm for quite a while. 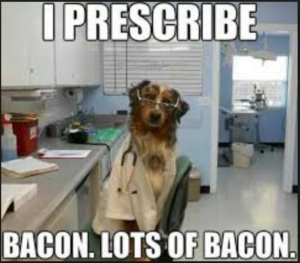