SIX OF THE BEST… things about finishing a novel

For the past year, I’ve been working on-and-off on a middle-grade portal fantasy novel. What does that mean? Well, it’s aimed at kids a touch too young for true YA (more on that later), and it’s about two kids who go through a magical portal into another world.

This month, I finally finished it. 71,650 words, 54 chapters. And I’m so pleased (and relieved) that I’ve written this column: six of the best things about finishing a novel. 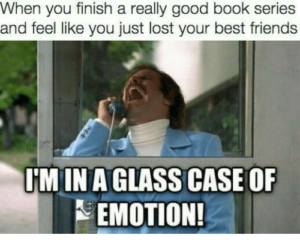 Even a short book is tough to finish — childrens’ books have very few pages, and every word counts. It’s like poetry. Long books are tough too — lots of characters, lots of locations, lots of action. So no matter how long your book is you should feel a sense of accomplishment when you finish it, because it’s hard work. Even the great Harlan Ellison said, “Writing is the hardest work in the world. I have been a bricklayer and a truck driver, and I tell you — as if you haven’t been told a million times already — that writing is harder.” 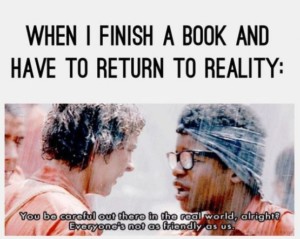 5. Printing it out. — Even though most books are written on computers these days, there’s still value in having a printed copy of your drafts. Some of the reasons are below, but honestly, how great does it feel to just hold your book in your hands? I printed out my latest finished book, and it clocked in at 326 pages. Of course, that’s at 2.5 spacing between the lines, so that there’s extra room for editing, but even at double-spaced width it’s still 275. That’s not insubstantial.

But it’s not just holding the book in your hands; it’s actually getting the pages off the printer — pages that you created. When I wrote my two longest pieces of Buffy fanfic, I printed all the chapters to do my editing. And even though it was fanfic and I couldn’t make money off it, I still loved watching those pages spit out of the printer. There’s just something about seeing your accomplishments pile up. 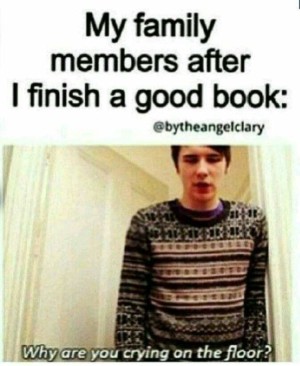 4. Other people can read it. — Over the past year or so, I’ve been printing out chapters of this book for my daughter to read. In fact, she was my impetus to get it done — the closer she came to the last written chapter, the more I had to write. And yeah, a couple of people have had access to the Google Drive folder where I keep the chapters. But there isn’t anyone who’s read the whole book.

After printing out those 326 pages, I was planning to edit them myself, but my wife said she wanted to read the book. Then she asked if she could edit them. I mean, why not? They say you should put your book on the shelf for a while after writing it, and with a book this long it’s going to take time to revise it. Might as well let some people read it while I wait. 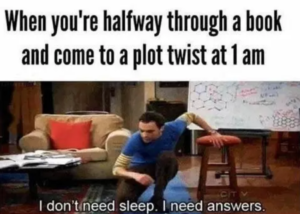 3. Revisions (almost always) make it better. — And then there’s the revision process. That can almost take longer than writing the entire book. Writers sometimes end up rewriting the entire thing, especially if an agent or publisher gives specific feedback. But before you even get to that point, you need other people to read and critique your book. That takes time, and you can’t expect people to do the entire book all in one sitting.

Once that’s done, there’s the laborious process of rewriting, incorporating edits, finding continuity errors, and fixing everything. You’ll do that so many times that you’ll be sick of the book by the time you’re done, but that’s just part of the process. 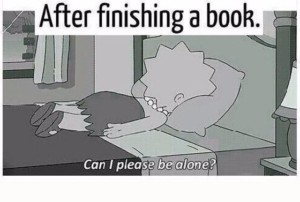 2. Getting to start the next one. — I already have a list of books on my docket that I need to work on. There’s “The Magicians, but in a fantasy world”, “an outcast elf and human team up to save the world from aliens”, “vampires in space”, and two more contemporary ones about nontraditional relationships. I have options.

Of course, I don’t know which option I’m going with (I’m leaning toward the outcast one, because I started it more than ten years ago and I’d really like to finish it), but whichever it is, it’ll be another year or two of banging my head against writer’s block until I finally crank it out. Your mileage, of course, may vary. 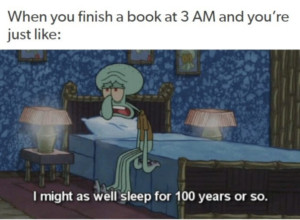 1. Feeling less bad about working on other stuff. — When I was writing After the Apocalypse, I had a lot of trouble staying on track. I had just rediscovered fan fiction, I was going through some tough stuff in my first marriage, and I was changing jobs. Eventually I got it together by creating a reward system: for every chapter of ATA, I could write a chapter of fanfic. You’d be surprised how well that worked.

But over the past few years, as I’ve worked on other projects, I’ve looked back at the book I just finished — when it was in its unfinished state — and I felt bad that I wasn’t writing more of it. I had a full outline; I knew where I was going and how I would get there. I just wasn’t doing the work, because I wanted to write about Facebook, or aliens, or witches, or surgery addicts. Now that I finished the book, though, I feel marginally less bad about all the time I took to work on other stories. Marginally. 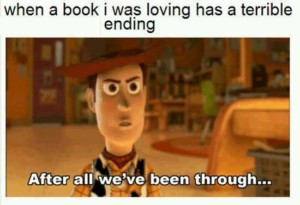 While reading the book and editing it, my wife commented that it probably isn’t a middle-grade novel, like I thought it was. She thinks it’s YA. So I took a look at Writer’s Digest’s post about the differences.

So that’s three parts YA, one part MG, and one part unknown, although I’m leaning MG because while the characters do reflect on who they are, they don’t reflect much on their place in the world overall because this book doesn’t take place in the world in which they live.

I guess my wife is right: I really did write a YA novel.

I just hope that publishers and agents aren’t like “make the main characters fall in love with each other” because I specifically am writing them to not do that, and I have a pretty good idea of how to handle it in a prospective sequel — again, without romance. Boys and girls can be friends without there being romantic or sexual tension, and readers need to see that too. 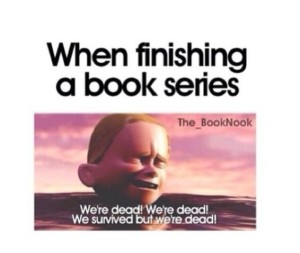 Space travel, steampunk Seattle, superheroes, and more. (But no zombies.) Check out Josh’s collection, The Clockwork Russian and Other Stories, which has been called “intelligent, compelling, and always entertaining” by award-winning author Sean McMullen, and “clever, thought-provoking, and occasionally unsettling in all the best ways” by award-winning author Andy Martello. Get your copy today — now in paperback too!