In the past few months, my daughter has gotten really into Pokemon. She enjoys the program, which in my opinion isn’t too bad as far as kids’ programs go. A lot of the episodes have positive messages about sportsmanship, perseverance, and friendship, and even the villains aren’t that bad. Now, to be fair, I’ve only seen about a dozen episodes (and she’s seen a lot more), but I have no problem with my daughter watching the show. I mean, it’s essentially a group of people traveling the countryside, training animals, battling evil, and learning valuable lessons about each other. What’s so bad about that?

Changing gears a bit now: I used to watch Supernatural. I ragequit the show after the tenth season, for all sorts of reasons but mostly because I don’t think there’s anywhere new for them to go after so many years (and they keep killing off or neutering characters I like*). Now, I did really enjoy the show for several years, and I remember very clearly what it was about: two brothers, traveling the countryside, battling… evil… and… um… learning valuable lessons? 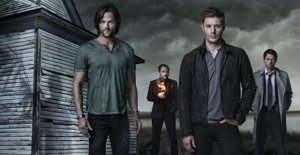 Are these the same show? I think so. Let’s look at six of the best reasons Pokemon = Supernatural.

6. The setting. — Ash and his compatriots travel around various regions of what I assume are a fictionalized version of Japan, and often the same way: on foot. They stop in small towns or even sleep on the road as they make their way to their next destination. Meanwhile, Sam and Dean Winchester drive their (well, Dean’s) 1960s-era Chevy Impala around the US, visiting mostly small towns. The few times they go to larger locations, they still look small-town-y for the most part. They stay in motels, mostly — the same chain — but it’s not unknown for them to have slept in their cars. 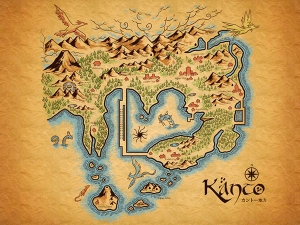 5. The monsters. — Supernatural‘s clarion cry is “saving people, hunting things: the family business.” Well, they certainly save people from things — monsters that don’t exist in the “real” world. Vampires, werewolves, fairies, skinwalkers, demons, witches, and of course Crowley’s mom. The monsters on Pokemon are substantially less dangerous, although they’re still weird. I mean, who came up with a Pikachu (large mouse with electric powers), Charmander (salamander with a fiery tail) or Oshawott (mini-panda that can breathe underwater)? Creative, yes, but not what I would call realistic. And, yes, potentially dangerous. 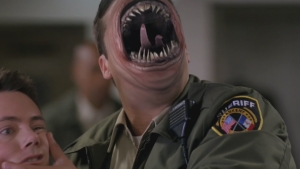 4. Individual episodes and longer arcs. — I have to hand it to Pokemon on this one: each episode has a shorter story arc (capturing a new Pokemon, battling a newcomer, learning a skill), while the show itself has a longer arc. Ultimately it’s Ash’s goal to become the greatest Pokemon trainer ever, but he must also vanquish Team Rocket, Team Plasma, and other Pokemon trainers (some of whom aren’t actually evil, just confident and a little dick-ish. As for Supernatural, while each season has an ultimate goal and/or a Big Bad, unfortunately many episodes are fully stand-alone and it’s not until the last few that we find the thread of the main plot. Season 10 was particularly egregious in this regard, not bringing in the Stines until the last few episodes and then dispatching them far too easily. Sometimes, though, Supernatural will have a great stand-alone episode, like the musical one or the Mills/Hanscomb team-up. 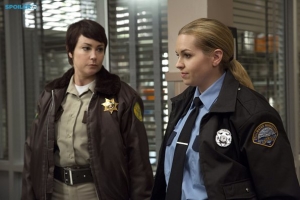 What’s the girl version of a BroTP? Because this is that.

3. Special weapons. — Where do I begin? Holy water, dead man’s blood, angel blades, demon blades, an enchanted Colt revolver, salt, and countless other magical McGuffin-type weapons litter the Supernatural landscape. Ultimately Dean prefers to use his shiny automatic pistol (and later the First Blade), while Sam goes in for his brains and whatever is handy, but they have quite the arsenal of special items they’ve collected over the years. Pokemon trainers and masters, meanwhile, use pokeballs: little spheres that, if the trainer is good enough, can be used to capture, store, and release Pokemon as needed for battles and such. In the Indigo League (first season) episodes my daughter’s currently watching, Ash’s main Pokemon (Pikachu, Axew, and Oshawott) walk freely among the party, but he still has several others stashed away in balls. 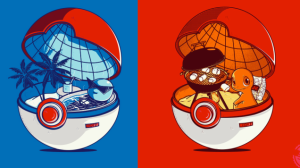 2. Starting early. — The first episode of Pokemon begins when Ash is ten years old, just old enough to get his first Pokemon and begin his quest to become a Pokemon Master. A lot of other folks on the show are reasonably young (though there are, of course, adults like Professor Oak). On Supernatural, through the seasons we see that Sam and Dean accompany their father as he travels the nation searching for the Yellow-Eyed Demon. Along the way, the Winchester boys learn about the types of monsters they might face and even stop a few of them from hurting or killing humans. While most Pokemon are generally peaceful unless provoked, Ash does start early in his journey to learn about the supernatural creatures in his world. 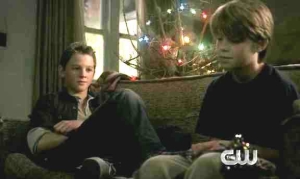 Young Dean and Young Sam, spending Christmas at a hotel while their dad goes out and kills something.

1. The theme song. — Tell me you don’t know the Pokemon theme song and I’ll tell you you’re a liar. I’d never seen the show until this year and I still knew two parts: “I wanna be the very best / like no one ever was” and “Pokemon! Gotta catch ’em all!”. As for Supernatural, there’s no official theme (they just throw up a title card), but I think most fans agree that Kansas’s “Carry On Wayward Son” is the true theme of the show**. It’s used every single season of the show, usually for the “season finale look back” segment. And it’s usually a great little collage of clips.

Of course, you also get great moments like this, from the musical episode:

Did you know there’s Pokemon/Supernatural crossover fanfic? Well, there is. Not a lot, but it exists.

Also, so does this: 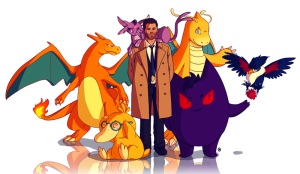 ** In exactly the way that The Calling’s “Wherever You Will Go” should’ve been the Enterprise theme song (especially after being used in all the promos), and not the horribly-misused “Faith of the Heart”. I mean, “Faith” is a perfectly fine song, but it was an atrocious choice for a Star Trek show opening.