My first exposure to Laurell K. Hamilton’s Anita Blake series was with the fourth novel, The Lunatic Cafe. I found it in a bookstore in Georgetown, while on a trip with a bunch of high school seniors, and I devoured it. It was great: vampires, werewolves, zombies, other mythical creatures, relationship drama, and a main character who kicks ass. When I finished it, I immediately bought the rest of them; I still remember tearing through The Killing Dance in the summer of 1997 and being blown away by who Anita ended up choosing — Edward and Jacob have nothing on Richard and Jean-Claude, at least in the early-going. 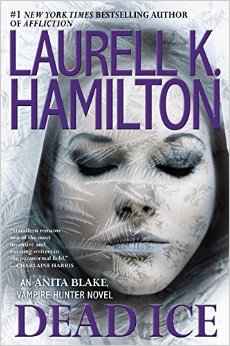 This month, Hamilton’s publisher released Dead Ice, the 24th novel in the series. I haven’t had a chance to read it yet — I’m working my way through Mur Lafferty’s Ghost Train to New Orleans — but I already know it’s going to suffer from some of the problems that Hamilton’s previous books have faced.

But I keep coming back. Here are six of the best reasons for doing so. And be warned: here be spoilers!

6. Nostalgia — While not all the books have been that great, I can’t deny that I still love Circus of the Damned, The Lunatic Cafe, and The Killing Dance. I think those three books represent the height of the series: Anita making tough decisions, fighting powerful monsters, and legitimately being in situations where she’s in peril. I keep thinking back on how much I liked those three books, and I keep hoping that one of the newer books will live up to them. So far they haven’t, but I’ll keep waiting. 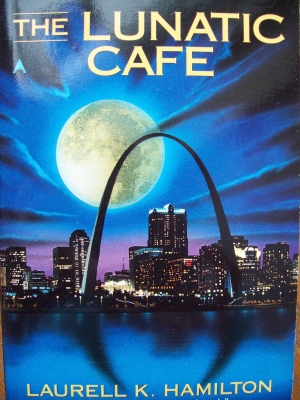 5. Investment — I own all 24 books (I’ve purchased Dead Ice) and some of the side stories as well. Including the latest book, I’ve probably spent between $150 and $200 on the books. At this point I’m in the ecosystem; I’ve spent this much money already, so why not get the latest one? I feel like I kind of have to keep buying them; I have to know what happens next, and it’s not like $13 is a lot. Hamilton’s books are usually at least long enough to justify some of the cost. 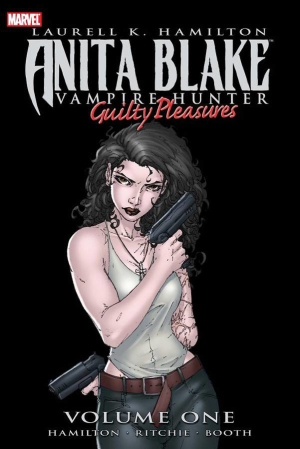 4. Investment, part 2 — I’m invested in the characters, too. Maybe not as much in Anita and Richard — the former is overpowered and the latter has become a whiny, self-hating brat — but there are plenty of characters I care about. Jason, Claudia, and Nathaniel have been around a while, and Nathaniel at least has gotten quite a lot of character development in the past few books. Hamilton also brings in new characters all the time, and maybe I don’t like them all or maybe some take a backseat, but in the beginning I was quite interested in what would happen with Micah, and I adore the Wicked Truth. And of course Jean-Claude continues to keep my attention. I may not like all the developments Hamilton gives to her characters (like Edward’s family), but I still want to know more about them. 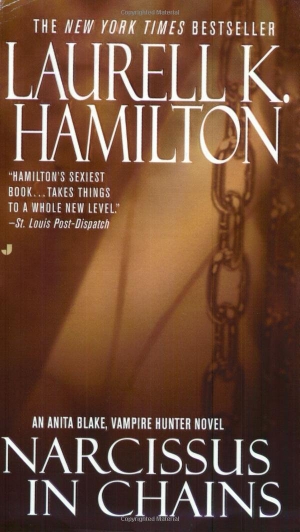 3. Familiarity — There’s not a high barrier to entry into the world of Anita Blake. I know the rules for creating zombies, werewolves, and vampires; I know their hierarchies and associations; I know what humans can and can’t do, and how the law affects humans and preternatural beings. Yes, all of this stuff is infodumped in every novel because (let’s be honest) it has to happen: the books have to be accessible for new readers. But when you get to the 24th book in a series, there’s just some stuff you have to know. I mean, every Star Trek tie-in doesn’t tell you how Starfleet works, does it? That makes it harder for some readers, but it makes it easier for me to get into the stories. Plus, I already have mental pictures of most of the people and places who’ve been around for a while; I know what the Circus of the Damned looks like, and I know that Zerbrowski looks like Steve Guttenberg in his prime, and I know that Micah kind does the sunglasses thing the way Horatio Caine did on CSI: Miami. It’s like visiting old friends, or putting on a comfortable pair of shoes. 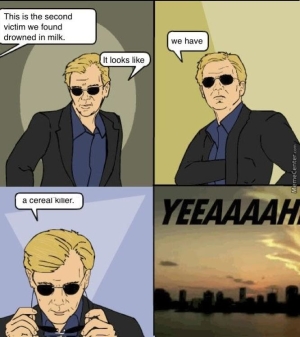 2. Internal Monologue — I’m conflicted when it comes to Anita’s internal monologue. On the one hand, I really like knowing everything she’s thinking, because it helps create a more nuanced character and world. On the other hand, it really, really slows down the pacing of the story because Anita agonizes over every decision that could possibly affect anyone else, good or bad. It takes forever for anything to happen. And woe betide you when a character appears who hasn’t been mentioned in this book before: you get a five-paragraph essay on them, heavy on the hair, eyes, preternatural statistics, and sex organs (especially if a penis is involved). It’s the exact opposite of a natural/holistic description of a character, and it annoys the crap out of me.

1. Action — I’ll say this for Hamilton: she can write a hell of an action scene. She does a ton of research on police procedures, guns, fighting styles, and types of movement, and when her characters are in a fight, you know exactly what everybody is doing, and it all makes sense. It’s taken her time to get to that point, and sometimes in the past the action scenes haven’t worked, but by the time we got around to Affliction, she was on point. Even as much as I hated the end of Hit List, the action was well-written. Same with Kiss the Dead. I firmly believe that if Hamilton started writing a straightforward police procedural series — with a good editor, toned-down sex, and no genre element — she would rock it hardcore. I love a good action scene, and as a writer I love blocking an action scene before I do it. I have to believe Hamilton does the same. 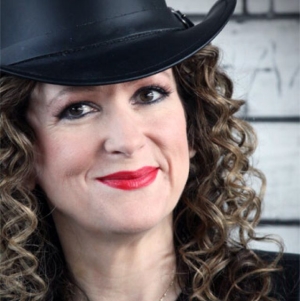 A lot of people get on Hamilton’s ass for the sex scenes, but after the 11th book or so I started seeing them as so much static. In Narcissus in Chains, the tenth book, Hamilton introduced a preternatural ability that forces Anita to have sex every 12 hours. It hasn’t gone away, though she’s finally gained some control over it. For a while I started seeing the sex scenes as “fun to read but not integral to the story” — unfortunately the setup can get kind of technical. A good editor will tell an author when a sex scene is important and when it’s not; I think the editor has finally put a muzzle on the sex scenes, because there have been fewer of them lately. I appreciate that. I love sex, and I love a good sex scene, but not when it detracts from the plot.

Here are six ways Hamilton could improve her sex scenes:

One thing I will say is that Anita always attempts to use protection — or at least mentions it — when she’s with a new partner or someone she’s not fluid bonded to. That’s a huge plus, and I love seeing it. 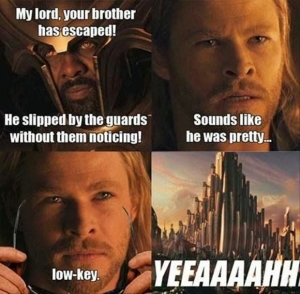