Hi everyone! I’m guest-writing for Josh this week. As you may know, we’ve lived together for almost a year now. Leaving with a partner has it’s amazing moments – morning kisses, lots of snuggles, and sharing responsibilities. It can also be an adjustment. For me, one of the biggest adjustments was all the casualness regarding bodily functions. Even when, sometimes especially when, his daughter is with us.

Without further ado – Six of the Best (depending on how you look at it) Poop Revelations: Bonus Content: Never did I ever think I would be writing such an article!

Also, did you know there are lots of apps related to pooping? Here are a few if you’re curious: 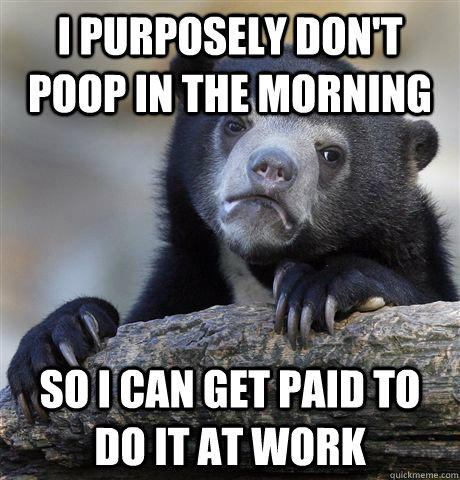 Have an idea for a future Six of the Best (or Worst)? Tweet Josh @listener42 or me @bouncygiraffe.