I work in a 27-story office building with ten elevators. We share them quite a lot, and the fact that we have so many usually means that there’s plenty of room. My old job, though, only had three (and only two worked most of the time), and they were always crowded.

And it seemed like a lot of folks didn’t know the right way to behave on an elevator.

Let me help. Here are six of the best ways not to be a dick while riding an elevator:

6. Proper Stacking Of People. This is a bigger issue in bigger buildings. If everyone starts work at 9 a.m. it can get a little busy in the elevators. Generally when you get in you move to the back or the sides. The first person in gets the choice of pressing all the buttons or selecting a floor, stepping aside, and letting others choose their own floors. And when the elevator stops, get off so people behind you can get out. 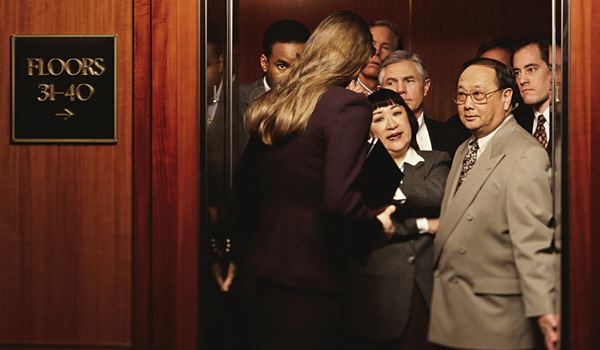 5. Face Front When Possible. I’ve read “how to disrupt office drones” forwards for more than ten years about facing the back of the elevator, just to throw other people in the office out of whack. But you have to work with these people every day. Still, I say “when possible” because sometimes it’s not. Sometimes — as with yesterday — I couldn’t face front because of the size of my bag and the relative tetris of other people in the elevator. The woman at the buttons didn’t look too unnerved, which was nice.

4. Your Head Should Do What It Does At The Urinal. Okay, this one might be a little foreign to women who haven’t invaded men’s rooms at concerts or sporting events, but guys know that, no matter what, you never turn your head while peeing standing up. You look up, you look straight ahead, or you look down. That’s it. The same should be done on elevators: look up (at the floor indicator), look straight ahead (at other people’s heads or your reflection in the doors), or look down (at your phone or the floor). As a confirmed appreciator of female beauty, that last one can be very enjoyable depending upon which direction you’re facing. 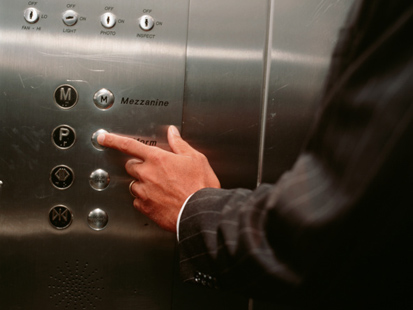 2. Don’t Press If Your Hands Are Busy. If your hands are full or you’re using your phone, don’t monopolize the buttons. Don’t even stand near them. Let someone who’s not busy handle it and save everyone on the elevator a little trouble.

1. No Farting. Seriously. Just don’t. Not even if you’re alone. (And did you really think I’d let an entire column about elevators go by without this topic?)

BONUS CONTENT! Do you like elevator music? Well, of course you do; who doesn’t? How about ten hours of it to help you relax?

Yeah. That’s what I thought.

Sounds a little like the music in Leisure Suit Larry 6, doesn’t it?