I’m going to go out on a limb and say that most people reading this column have played at least one video game in their lives. But probably more.

We’ve all learned lessons from video games. Here are six of the best of them. 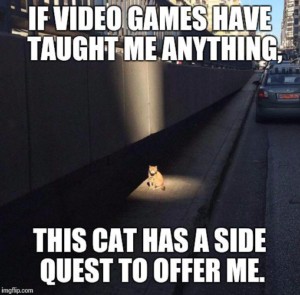 6. Side Quests Are Important — When you’re playing a game, you don’t technically need to do the side quests, but they can enrich your gaming experience. I’ve been doing them since back in the Might and Magic days, when you didn’t have to fulfill every quest or collect every hireling (or superweapon) but it certainly made the game more fun. I distinctly remember the superweapon quests in Might and Magic 2, and even the trick to complete them: if you manage to beat one, you can put the thief (who can go on all of them) in charge of the party and he’ll keep you all alive while the rest of you fight. My thief was really powerful by the time I was done.

Real-Life Application: You don’t necessarily have to spend time doing unnecessary things, but they can make your life happier, or at least more interesting. 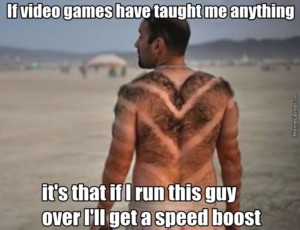 5. Never Miss a Speed Boost — I am terrible at racing games. I try so hard at Mario Kart, only to lose at the last minute — even if it’s just me against the computer. Of course, I’m not much good at real go-karting either. But no matter what game you play, it’s extremely rare to find a speed boost that doesn’t make things better. Sure, occasionally you’ll find a trick one, and yeah, you can complete the course if you don’t hit them, but it’s worth it.

Real-Life Application: If there’s a workflow in place for you to increase your speed or better yourself, and it’s there for everyone to use, then it’s there for your use too. Use it. 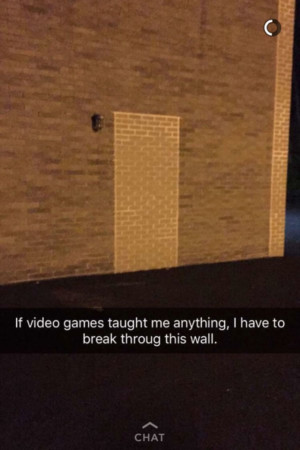 4. Look for Hidden Clues — One of the most frustrating thing about games is that you often have to get a certain item or quest by finding an area that’s hidden behind a wall where the coloration is only slightly different. Gamers who came up in the 80s, 90s, and early 2000s were trained to look for discolorations, things that confuse perspective, and doors in the shadows. And whenever you find one, you either go through it or you throw something at it to see if it’s a trap.

Real-Life Application: Humans in general are dishonest by omission. It’s not like they’re lying on purpose, but they often set tasks for other people without giving them all the necessary information. Or none at all. So it’s up to us, the task-doers, to look for hidden clues and secret doors. 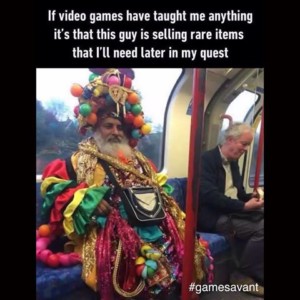 3. Buy (or Grab) That Seemingly-Useless Rare Item — If there’s a rare item in front of you, and you went through hell to get to the character selling it, you need to buy it, or go back through hell to build up your gold reserves until you can afford it. Thinking about this rule, I’m reminded of Leisure Suit Larry 6 — throughout the game you have to pick up all sorts of weird items throughout the resort and use them in ridiculous ways. And that’s just the first example that comes to mind.

Real-Life Application: If someone comes into your life with something rare about themselves, you need to be close to that person. You’ll only enrich your own life. 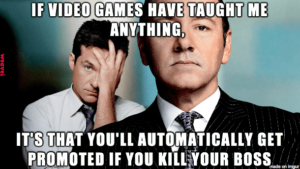 2. Boss Fights Usually Lead to Boosts — Except for the very last boss in the game, it’s rare to find a game where you fight the boss and you don’t get a boost. (Of course having said that I’m reminded of 1943 and the arcade version of Arkanoid 2 — when you beat a boss, you just keep playing.) RPGs are the most obvious examples; defeating a boss often increases your level one or even two times, and the reward is (hopefully) commensurate with the effort put forth.

Real-Life Application: Standing up to your boss when you know you’re right is dangerous, but if you win you’ll level up in esteem, and that’s a big-time commodity in the workplace. 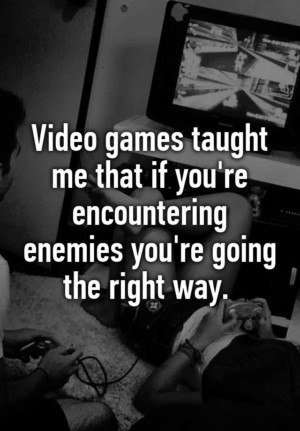 1. If You Encounter Enemies, You’re Going the Right Way — Even in open-world games, it’s safe to say that if you encounter more and tougher enemies, you’re going in the right direction toward the end of your quest — whether that quest is for an item, a battle, or the end of the game. Seems simple enough.

Real-Life Application: Humans hate and fear change. They want the status quo, or they want to go back to what the status quo was during their formative years. They’ll get in your way if you’re trying to do something different. But keep on slogging through; you’ll get there. 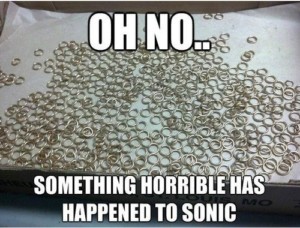 It’s interesting to me how, back in the day, we all wanted games to get better, longer, more immersive, more exciting, but now that we have the technology for those things, more people seem to spend money on simpler games for their phones and tablets than they do on PC or console games.

These days I’m always on the lookout for a fun, challenging game for my phone that I can play while I poop. The levels have to be long enough to be interesting and challenging while short enough that my legs don’t fall asleep. The graphics have to be passable or better, and there has to be a way to win without spending money.

On the other hand, I could certainly afford to buy Civilization VI (I loved Civ V and beat it all the ways you can beat it), but I just don’t have it in me to invest the time it takes to play it. I don’t own any consoles, and I don’t buy computer games. If it’s not available on my phone, I’m not going to play it.

The other thing is that the skills you need to play in-app games are the kinds of skills I honed playing Atari 2600 and NES games, and some of the early PS1 games I enjoyed. I don’t want to be in a 3D immersive world; I want to look at the world in two dimensions and know how my shots are going to ricochet when I aim my weapon, and I want to know that if I press “jump” I can replicate exactly where I’m going to land.

Game designers spent years making games the way people like me thought we wanted them to be. As it turns out, they needn’t have bothered.