I was talking to one of our developers at work today about, of all things, wallets. He said he didn’t know why he even carried one, because he doesn’t have that much in it.

Which made me wonder what kinds of weird things have accumulated in my wallet over the past two years (I bought a new wallet in 2012). Stuff just tends to, y’know, show up in there. After the meeting, during my lunch break, I opened up my wallet and took a look. Here are six of the best unexpected things I found there:

6. A Business Card From My Old Job — Most business cards aren’t as thick as the ones from my old job; those are made of stiffer stock, and while I did toss out most of them, I didn’t toss out one last one because I use it to protect my ancient Social Security Card, which for some reason the government does not allow to be laminated (mine says it right on the front). I tend not to throw things away anyway. 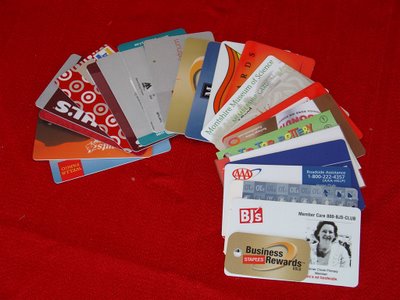 5. Unusable Loyalty Cards — Once upon a time, before my divorce, I would shop at a certain Super Target that was near a certain Panera, and near that certain Panera was a fro-yo shop called Cloud 9. We went there five times. The sixth time we tried to go, they were closed. For some reason I never tossed the loyalty card — which, by the way, is non-transferrable. Same with the Planet Smoothie loyalty card near the aforementioned old job; it’s only valid at that one location, and I never go anywhere near there. I just threw them away, by the way. Just now.

4. Money — I know, right? Who carries cash anymore? I mean, hell, my phone has NFC and access to my Google Wallet; why should I even have to have a physical driver’s license? Why isn’t everything on my phone? There’s $7 in my wallet at the moment, which isn’t a lot… but I remember back in the day when that was a fortune, enough to see a movie and get a snack. 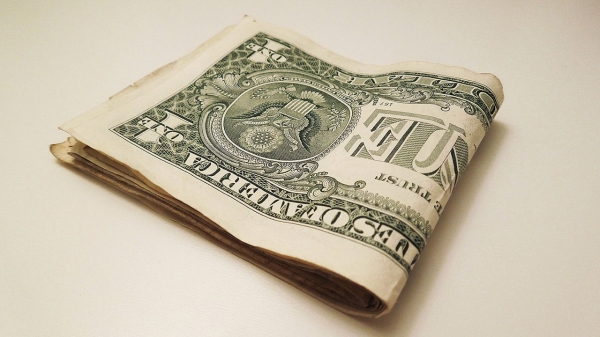 3. JCC Membership Card — To be fair, I only have this because my child attends classes at the JCC. But I was looking through the stuff in my wallet and I realized that I’ll never actually need to have this in there; I never go to the JCC without my car, so why not just leave it in the car? Moreover, why is the JCC membership card so much thicker than a regular credit card? Also, I was about 80 pounds heavier when the photo was taken, and it shows. I’d much rather not have to see that picture every time I open my wallet, thank you very much.

2. Old Stamps — I never have a stamp when I need one. Neither does anyone else. So every time I buy a book of stamps, I tear it in half and use the three middle ones on each side first. Then I fold the rest of the half-book and stick it in my wallet. Who knows when I’ll need a 42-cent stamp? Or a two-cent stamp? Or a 37-cent stamp? (I found one of those the last time I changed wallets.) They’re all still valid, but I think the post office only really sells Forever Stamps and commemorative stamps these days. Still, if you get a letter from me, it could conceivably have a 37-cent stamp and a bunch of two-cent ones. If I were to actually send a letter.

1. The Fourth Amendment — For those who don’t know, Amendment IV to the U.S. Constitution states: 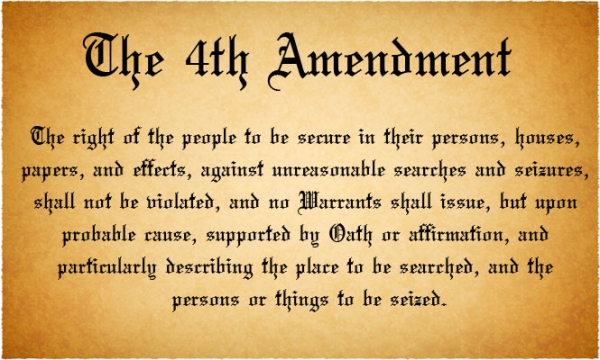 About 12 years ago, when the USA PATRIOT Act was starting to really rile people up (once the jingoism following September 11, 2001 started to die down, in other words), someone posted a printable PDF of the Fourth Amendment and suggested everyone carry it on his/her person so that, if an unreasonable search and seizure was being carried out, the person could cite it to the member of law enforcement. Not sure how that would work, exactly, or if it would change anything, but I guess back in 2002 law enforcement could still be shamed into doing the right thing. It’s moved through three or four wallets since then, and it sits with my voter registration card opposite my driver’s license.

Wallets get grungy and can even rip. This happens. Unless you have one of those invincible ones — a metal one, a Tyvek one, or that weird as-seen-on-TV one that looks ridiculous and everything falls out of if you don’t keep it right-side-up. I speak from experience.

But if you’re feeling a little crafty, why not make your own wallet out of paper? This Instructable is pretty good, and has lots of annotations explaining exactly how it’s supposed to work.

Plus, it would be kind of cool if you could make a wallet out of something your kid drew, right?

Got an idea for a future Six of the Best? Tweet it to me @Listener42.