Let me caveat this right now by saying that I cannot possibly name all the hero-villain team-ups that have ever happened. That’s literally impossible. And I’m sure that some of your favorites will get left off, or that my rankings won’t work for you. But right now, the day I’m writing this, here are six of the best times the hero and the villain teamed up. Spoilers follow, but I’ll try to keep them to things that happened more than three months ago. And I’m skipping anime, because the few anime that I watch don’t have this trope. 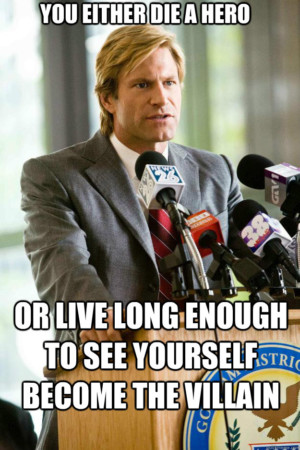 6. Jake Peralta and Doug Judy, Brooklyn Nine-Nine — This one is top-of-mind because my wife and I just got caught up on the first four seasons of 99. Since the first season, Jake has been chasing the Pontiac Bandit, known for stealing Pontiacs and not getting caught. Eventually he figures out that the bandit is Doug Judy, and it’s very much a love-hate situation. Judy is the kind of guy Jake loves to hang out with — they get each other’s references; they have a similar sense of humor; they’re actually very nice people. But in the fourth season, Jake, Captain Holt, and Judy team up to take down Judy’s foster brother, an escaped murderer. At the end, Judy says he’ll change his ways, but I’m pretty sure that there’ll be a season five episode where he either becomes a criminal again or is falsely accused.

See also: Jake and Terry — Jake and Terry could not be more opposite if they tried. Except for the fact that they’re both good cops and good people, they have nothing in common. Jake is lazy, while Terry works hard to stay in shape. Jake constantly cracks jokes, while Terry yells at him when he gets too non-serious. You’d think they should be enemies, and on a normal cop show, Terry would be the big, blustery sergeant and Jake would be the cop he keeps busting down. But 99 subverts this trope by making them friends — and, eventually, family, when Jake becomes the godfather of Terry’s youngest daughter. 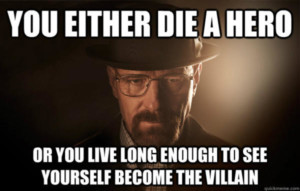 5. Voyager and the Borg, Star Trek: Voyager — The Borg were, without a doubt, the worst enemy on Star Trek (until the Dominion, that is). They would stop at nothing to assimilate other cultures, but they also got kind of a hair up their ass about humanity, who somehow managed to hold them off. When the starship Voyager comes across the Borg and Species 8472 at the end of the third season, Janeway and company must join forces with the Borg as the lesser of two evils. It works out, although once the temporary alliance falls apart the Borg are just as out to get humanity as before — starting with Janeway and Voyager.

See also: Tuvok and Neelix — As with Jake and Terry on 99, Tuvok and Neelix are polar opposites (though, to be fair, Paris and Tuvok fall into this mold as well). Tuvok is a logical, neat, orderly person, and Neelix is enthusiastic, emotional, and messy. They’re often thrown together because the writers need to create conflict, and it’s a tribute to Tim Russ and Ethan Phillips that they can keep pulling it off time and again. 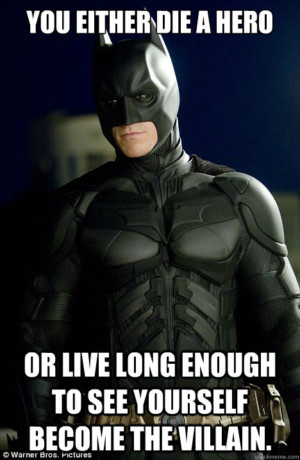 4. Buffy and Spike, Buffy the Vampire Slayer — Spike has killed two vampire slayers in his century-plus of life. Buffy is a vampire slayer. You see the dichotomy, right? But it all starts in the second season, when Angelus wants to destroy the world and Spike (like the Tick) doesn’t want that, because it’s where he keeps all his stuff. Then, in the fourth season, Spike starts a slow face/heel turn that culminates in a relationship between the two… at least for a little while. By the end of the show they are teamed up again, but Spike’s slow change is a great arc.

See also: Xander and Cordelia — Xander is an unpopular nerd, and not too book-smart (and, in the beginning, not too street-smart). Cordelia is gorgeous, intelligent, and popular. So of course they’re going to end up in a relationship. It’s kind of like the Tahani/Jason relationship on The Good Place — sometimes the most sophisticated person can benefit from a simpler point of view. 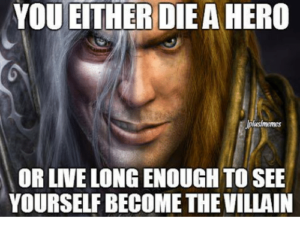 3. Stone Cold Steve Austin and The Rock, WWF/WWE — Given the changing nature of professional wrestling, seemingly from week to week, at any time any wrestler can be a hero or a villain. The Rock started out as a villain but became a hero. Stone Cold switched back and forth but was usually a hero despite when he was written to act the villain. But in general, Stone Cold and The Rock were usually opposed to each other, even when they were technically on the same side. Their philosophies were just too different. But they were also the biggest draws in the WWF/WWE for a long while, and they knew how to play off each other for maximum impact.

See also: WCW vs NWO — WCW was riding high during the NWO days — a stable of wrestlers who had “broken off” from the main roster and were doing whatever they want to whomever they want. To fight against them, WCW wrestlers tried to put aside their differences. It didn’t always work, but it was great to watch — especially since I’d been a wrestling fan all my life and had never seen anything like this. 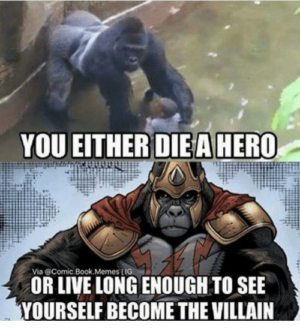 Is this a Harambe reference?

2. Professor X and Magneto, X-2: X-Men United and Days of Future Past — After the events of the first Bryan Singer X-Men movie, it was made clear that Magneto was a complicated villain. He wanted mutant superiority, but not because he was evil — because he had seen the course of history when he was younger and didn’t want it to repeat itself. Professor X preferred the more collaborative approach. In X-2, they had to work together because General Stryker wanted to kill all the mutants to, in his words, “save the human race”. So of course Magneto is going to join with the Professor and the other good-guy mutants… at least, until the end when he turns on them again. Still, watching good and evil join up to defeat bigger evil was pretty enjoyable.

See also: Wolverine and Rogue — While neither character is evil or good at the start, Wolverine generally comes across as the bad guy because he’s grumpy and not very nice to Rogue. Meanwhile, Rogue is young, lost, and in need of help, so she comes across as the good guy. In the end they both are good guys, though (until in X3 when Rogue takes the cure and becomes non-mutant). It’s another one of those reluctantly-working-together moments that leads to such good character growth. 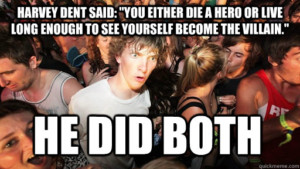 1. Sarah Connor and the T-800, Terminator 2 — In the first Terminator film, the T-800 had one objective: kill Sarah Connor. She managed to survive with the help of Kyle Reese, but afterward she eventually ended up in a mental facility and her son went to a foster family. Later, when the T-1000 is sent back by SkyNet to kill John Connor, future John sends a T-800 back to protect himself. Which works out okay until Sarah sees the T-800 and freaks out. The last time she saw one, it tried to kill her, and it takes through most of the movie for her to trust him enough to help stop the T-1000 and prevent SkyNet from happening. It’s a tribute to the script and the acting that we fully believe Sarah thinks the T-800 is a good guy now (I mean, he was programmed that way, but still) and she comes to seemingly actually like him.

See also: Data and Dr. Pulaski — In the second season of TNG, the producers brought on Diana Muldaur to play Dr. Pulaski, a “crotchety doctor type” in the Bones McCoy mode. She didn’t like transporters, and she didn’t much care for Data, either. She didn’t have any real reason for her prejudice against him, except that he was an android. It took time, but Data eventually won her over, as he did with pretty much everyone else — Q, Bruce Maddox, Commander Hobson, and even Spot (who doesn’t like anyone else, except Barclay). It’s not quite Sarah and the T-800, but it’s the closest I could get. 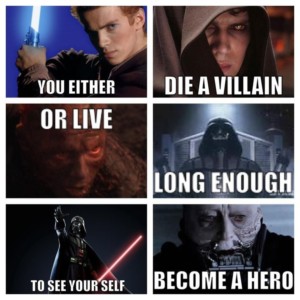 I have a book coming out a week from Friday. If you follow me on any of the social medias, you probably know that already. You should go get yourself a copy. There’s a description about it below the last image. I’m putting it out on Kindle and in paperback, and it’ll be my first paperback book ever published under my own name. I’m looking forward to putting a copy on my shelf at home.

Hopefully you are too. 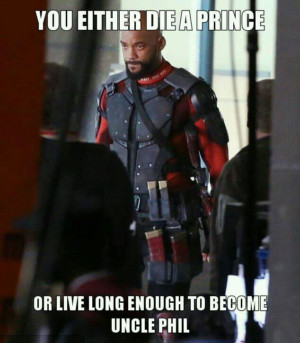 It’s Bridget Jones meets a foul-mouthed Supergirl in Josh’s new book, After the Apocalypse. HB Lyne, author of Seeds of Winter, says: “Josh Roseman skillfully weaves dark humour with high stakes tension, with a generous serving of pop culture references, in this gripping twist on the superhero genre. What happens after she saves the world? You’re about to find out!” Pre-order your Kindle version today, or get the paperback on November 17!