SIX OF THE BEST… things about getting a new phone

A couple of weeks ago, I did the unthinkable: I dropped my phone in the toilet. Fortunately it was IP67-rated, which meant that I could fish it out (yuck), wash it off, clean it with antibacterial wipes, dry it off, and it was usable again.

But I still knew where it had been, and in my mind it would have always been the “toilet phone”.

So, even though I didn’t want to get a new phone until that one completely died (or Google came out with their new model), I took advantage of the upgrade clause in my contract and got a new phone. If you’re interested, it’s the Galaxy S8 Plus.

There are a lot of minor annoyances that come with getting a new phone, but overall it’s a pretty fun experience when you get a new phone. Here are six of the best things about it. 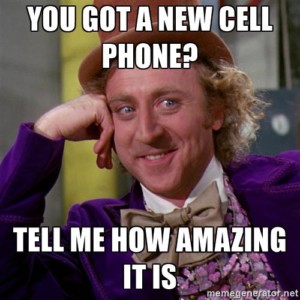 6. Everything is faster. — Apple is a huge proponent of planned obsolescence. They’re constantly pushing newer and more powerful software updates that end up making older iPhones so slow and laggy that users have no choice but to get a new one. Android isn’t quite as bad in that regard, but even though I bought my S7 Edge about 15 months ago it was still getting slower and slower. I think part of that was my fault, but no matter what I did to optimize, it still took forever to do some things. No one wants that. With a new phone, everything is lightning-fast.

But… It takes time to get used to fast. If your old phone got gradually slower and slower, you learned to compensate for that. Now that you have a new phone, you end up overcompensating. It only takes a day or two to unlearn. But it’s something that phone manufacturers count on — new phones seem so fast in comparison. 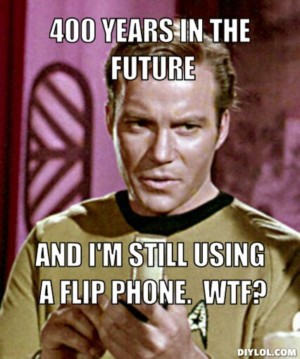 5. You get to take advantage of new features. — Phone companies (and phone software companies) are constantly iterating. They’ve added fingerprint, iris, and face scanners. Their cameras have a built-in bokeh (what Apple calls “portrait”) mode. They unlock when you’re near a paired Bluetooth device. My new phone is the first Samsung series to get rid of the physical home button, but there’s an always-on sensor right where the “button” would be that allows me to long-press to turn the screen on. Neat.

But… With new features comes new bloat. Phones always come with bloatware, unless you buy them directly from the manufacturer — even my T-Mobile Nexus 6 from two years ago had a few un-removable T-Mobile apps on it. Samsung, LG, and all the others include built-in apps that they’ll try to get you to use, and if you’re used to using another app (for example, Google Fit instead of Samsung Health), you have to turn off the old one. And half of them you can only turn off; you can’t delete them and free up space on your phone. 64GB goes a lot faster than you’d think. 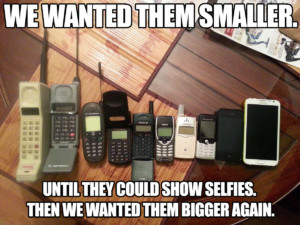 4. Downsizing is always a plus. — I had over 100 apps on my old phone, most of which I didn’t use but didn’t bother deleting because of reasons like “I might go back to Zoe’s kitchen someday” or “maybe I’ll want to go to an NCG theater instead of the Regal around the corner”. Because the Smart Switch app for Samsung can only move so much data, I had to make some hard choices about which apps to keep, and on the new phone I started with far fewer… at least until I re-downloaded most of them.

But… When you don’t have apps you’re used to having, you could end up in a situation where you don’t have one you need, and then you have to download it. Kind of annoying. I completely forgot to re-download Swiftkey, and while the Samsung keyboard is perfectly cromulent, I’m used to Swiftkey at this point. 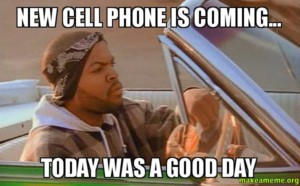 3. Bringing over your data is easier (usually). — Most phone manufacturers have an easy way to get your data from one phone to another. Apple has one, Samsung has one, and Google just puts everything up in the cloud. Phone stores will usually do this for you, although if you’re buying the phone outright and getting it in the mail you need to do it yourself.

But… As I said before, the switch apps have limitations, and beyond that sometimes they still miss some stuff. I use Moon+ Reader Pro to read most of my books (it has the most customization options of any reader I’ve used) and they’re stored in a directory on the phone that isn’t normally picked up. Good thing I remembered that and used my SD card, because otherwise those books would have been gone and it’s been a while since I backed them up. Probably should do that soon. Probably won’t. 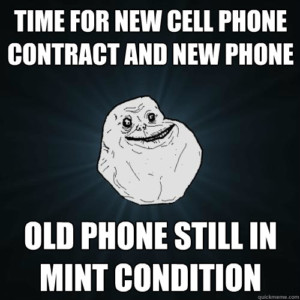 2. It’s clean. — Most people clean their homes fairly regularly. Public bathrooms are also cleaned fairly regularly. But how often do you clean your phone? Not enough, I’ll wager. Think about how many times you take your phone into the bathroom, or put it on a dirty surface, or sneeze or cough on it. It’s super gross. But a new phone is clean right out of the box, and it’s not terribly hard to keep it that way.

But… Seriously, who poops without their phone anymore? Yeah, that’s what I thought. 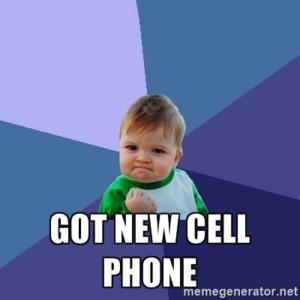 1. That smug new-phone feeling. — Walking out of the cell phone store with a new phone is a great feeling, despite how much money they cost. You have a shiny new device to play with; it does the latest things and it’s the fastest and best, and it hasn’t been touched by anyone but you (and the person who put in your sim card). That AT&T commercial with the guy who walks out and straight into the door… well, it’s pretty realistic.

But… Back in the day, getting a new phone put you on a pedestal above other people at work or in your friend group. You had the newest, coolest thing, and they didn’t. Now, though, almost everyone has a smartphone that does awesome stuff, and it doesn’t matter if you have a new one or not. It just matters that you have one. 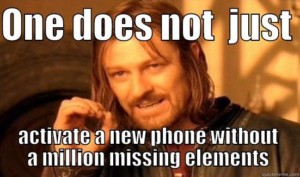 I am now on my 13th phone in 20 years (15 if you count the Samsung Blackjack and Nextel flip-phones I had to carry for work in addition to my personal phone). I honestly wish phones would last longer, but planned obsolescence plus my need to have new and cool things is my undoing. I wanted a cool new Blackberry when I got my first job in TV. I wanted the latest Blackberry update but when the IT guy bricked my out-of-warranty phone I had to get the awesome (for the time) HTC Tilt.

The funny thing is: half the time I don’t even get what I want when I actually need a new phone. When I broke my iPhone, I would’ve been happy with another iPhone, but I couldn’t get one at the right price point. When Blackberry announced the Storm, its first touch-screen phone, I had to have one… but the salesman talked me into an iPhone. And of course the HTC One M8 sold me on its front-facing speakers (which were pretty damn good for a phone).

At this point, though, I usually just check CNet — they have pretty decent phone reviews and serve as a pretty good baseline. Then I pick the phone with the best rating combined with the best intangibles. Seems to work.

Hey, at least I’m not one of those people who waits up all night to sign up for the new iPhone. Nothing against iPhones, but that’s a little much, even for me. 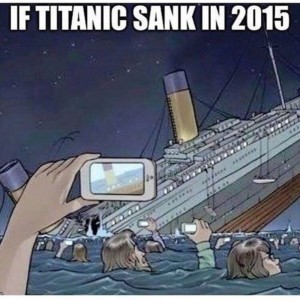