My family is moving to a new house in two days, and when you move, you have to pack. When you pack, you find things that you’d forgotten even exist. When my wife went through the closet in our office, she found boxes that I literally haven’t touched since I put them in there when we moved into this apartment.

So naturally I went through them — and everything else. Here are six of the best things I found while packing for the upcoming move. 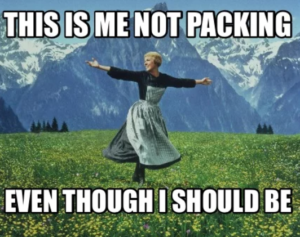 6. Minidiscs — When I started working for a radio station, back in 1999, we used audio tapes to record our airchecks. Being a college student whose ultimate goal was to be on the radio, I naturally recorded all the things and listened back to them. I thought they were good, but they weren’t good enough to get me a job in radio. Anyway, at some point in the early 2000s, the station went from tapes to minidiscs, so I started recording my airchecks on those instead. Now I have a stack of about ten minidiscs that I haven’t listened to in years, and they just keep moving with me.

Last time I moved… I used to have a desk that had a cubby specifically for minidiscs, but in the current apartment they went into a drawer… and were forgotten about.

My ultimate plan… I want to turn these minidiscs into MP3s, and I have the technology to do so, but I haven’t had the time or the inclination to sit down and do it. I really ought to. 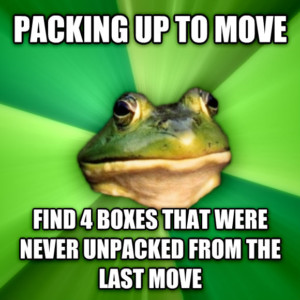 5. Tapes — Over the years I collected many, many audio tapes — some albums I bought, some with airchecks on them, and some with music mixes I either taped off the radio or made out of my own CD and tape collection. I’ve gotten rid of the ones I don’t need, but I still have a box of tapes sitting in the sunroom of the apartment. I also have a device specifically made to transfer tapes to MP3, but it only has PC drivers and my PC doesn’t have internet so the software won’t allow itself to load. So the tapes are just sitting there.

Last time I moved… Last time around I separated out the unopened blank tapes and put them in a separate drawer. Those tapes are not coming with us, but I think I can maybe sneak the box of the ones with stuff on them into the moving truck.

My ultimate plan… At the house, my PC will be close enough to the router that I can install the drivers for the conversion device and finally convert all my old tapes to MP3s so I can listen to them one time and then consign the files to the cloud. 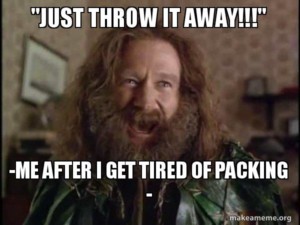 4. Old stories — Writers know that nothing should ever be thrown away. No matter how bad a story (or story idea) is, there’s always the chance it could be recycled. I found folders and folders of old stories, including the raw material for my first book (which I will not link to because, although it was published, it was by a vanity press that I didn’t know was a vanity press — don’t make that mistake). There are also half a dozen handwritten stories, some outlines for books that I half-wrote, and a few completed ones that I know are terrible in their current state.

Last time I moved… These used to live in a specific pile on my desk, but when we moved into this apartment, they ended up in the closet, like so much else.

My ultimate plan… The outlines need to be typed up and put into the folders on my Google drive along with the book chapters that I’ve already written. The other stories need to be read, typed up, and revised. There’s no need to keep all this paper.

3. Two boxes of cables — One thing computer nerds are known for is having the right cable at the right time. Well, I’ve owned lots of computers, and I know the value of a good cable, so I never throw any of them away. Since I moved to college in 1996, I’ve kept a box of cables with me. The box has varied in size, shape, and composition, but I’ve always had them. Over the past year, though, I haven’t really needed any of them, and they’ve sat in boxes at the top of the closet, untouched.

Last time I moved… I used to have two boxes of cables: ones I thought were important, and ones “just in case”. Well, after I moved here, I split them into audio cables and everything else, and downsized quite a lot of them. 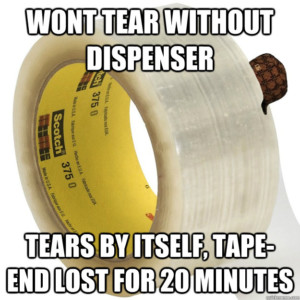 2. 3.5-inch disks — For some reason, I still had a few 3.5-inch disks in a drawer. I don’t know what’s on most of them — the labels are blank. Maybe I deleted the data; maybe I just put a blank label so that I’d know I could reformat and reuse. Some of those disks have got to be 25 years old, though.

Last time I moved… I’m pretty sure these were in a drawer with some other oddments.

My ultimate plan… I have an external 3.5-inch disk reader. I should just hook it up to my old PC (once I move and get it set up) and see what’s on them. But they’ll probably just sit in a box somewhere until the end of creation. 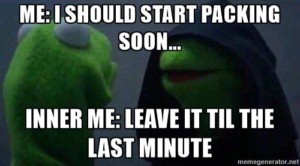 1. Lots and lots of drawings — I used to work overnights at a radio station. Sometimes I had to actually engage my brain, like when I used to board-op a science fiction radio program or the occasional late-night sports talk show. But for the most part it was half-hourly reads of news, traffic, and weather, and hitting the buttons to start and end the commercial breaks. So in my spare time I would surf the net (remember when we called it that?), hang out in chatrooms, or draw. And, being the nerd (and Star Trek fan) that I am, I drew an awful lot of starships. I would design the exterior, and then move onto the interior, deciding on layouts for the bridge, sickbay, engineering, and so forth. I kid you not: there were at least ten notebooks in my closet that were nothing but starship drawings. Pretty detailed ones, too.

Last time I moved… I used to keep the notebooks in the same stack as my old stories and folders of critiqued material. But, again, when you lose a giant desk (there just wasn’t any room for it in the new apartment) you end up stacking things you really want to keep in the back of the closet.

My ultimate plan… My daughter has been helping me scan each page, and as we scan them we throw them away. I don’t know what I’m going to do with them when they’re done, but I do know that, about 14 years ago, I started building them out in Visio so they were more than just pencil drawings on notebook paper. It was a lot of fun, but I just don’t have time for that anymore — and I don’t have Visio, either. So they’ll probably just sit in the cloud, and I’ll look at them every now and then and reminisce. 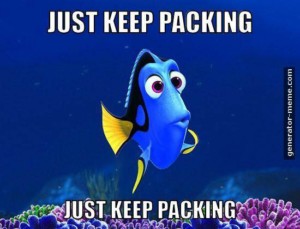 I got enough lucky to marry someone who accepts my nerd tendencies. She plays board games, watches Star Trek, and enjoys genre television and movies. But even with all of that, sometimes there are things in every nerd’s past that are just “too much” to share with anyone.

So when she went through the closet last week and saw my giant stack of notebooks, I panicked. She asked me what they were, and I said “drawings.”

“You’re not that great of an artist,” she said. She’s not wrong, and she didn’t mean it in a mean way.

“I know. They’re really more like architecture,” I said. It wasn’t a lie, and anyway I used to love drawing floor plans. I still do it on occasion.

She gave me The Look. Everyone in a relationship knows The Look — it’s when your significant other knows you’re full of shit but isn’t going to call you on it, instead choosing to wait until you incriminate yourself.

“Fine!” I threw my hands into the air. “It’s drawings of Star Trek ships! Are you happy now?”

She took a fraction of a second to look at me, to see if I was joking, and then burst out laughing, so hard that she couldn’t breathe. I laughed right along with her… because, honestly, it’s kind of ridiculous to move notebooks of Star Trek starship designs from place to place for at least 15 years, and hide them from everyone because they’re too nerdy, and never really look at them.

So take my experience as a lesson to you: find the nerdiest thing you’re hiding from your significant other and reveal it. You’ll probably be pleasantly surprised at the reaction. 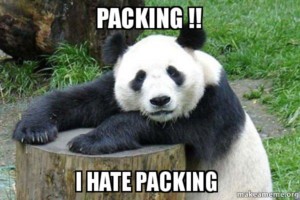