I was raised Jewish, and although I’ve given (and been given) Christmas cards and Christmas presents over the years, I never actually celebrated the holiday for myself.

But then I started dating someone who celebrates Christmas.

This year, we decided that I would have my first Christmas. Here are six of the best things about it. 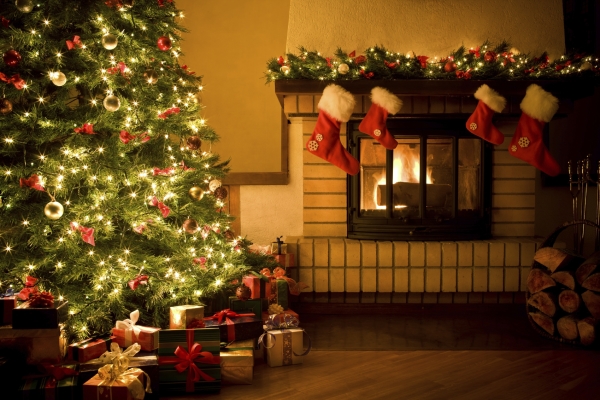 6. More Presents — To be fair, growing up Jewish meant that there were a lot of presents anyway (see “Bonus Content” below), but once you’re an adult you generally get a smaller number, albeit ones that are better (or at least more useful). This year, not only did I get a Christmas present from my partner, but I also got a Hanukkah present (one that I’ve been wanting for a while), and her family also gave her extra stuff in her stocking because they knew she’d share it with me.

5. Family — While my family did always get together on Hanukkah specifically to exchange presents and have dinner, it wasn’t a “family gathering” in the way that, say, Thanksgiving or July 4th might be. Other than the presents, it was basically the same as saying “hey, let’s have your grandparents and aunt over for dinner on Saturday night” with a side of “you need to sign these Hanukkah cards” and “what do you want on your latkes?” Christmas, though, is a time that Christian families get together and are thankful for each other, and also there’s some God stuff in there that I as an atheist abstain from. It’s a destination date, not just a “let’s all have dinner” date, and families do what they can to be together at that time. Her family got together, and I was included, and it was kind of nice that they were all celebrating something that, for them, was so positive.

My family, on the other hand, is rarely together at Hanukkah* because… 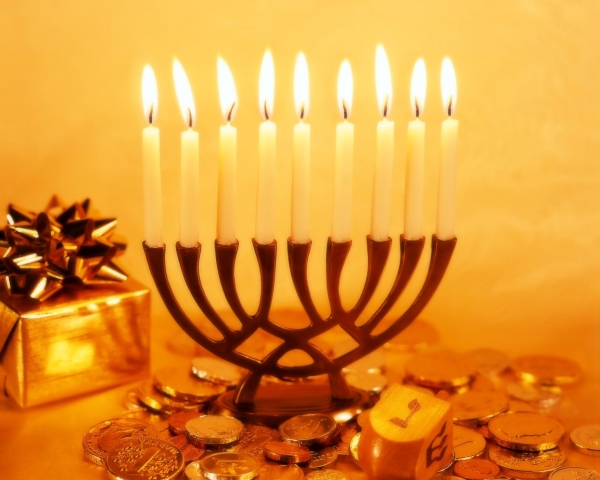 4. Hanukkah Isn’t That Important — Let’s be honest for a moment: Hanukkah is not a major holiday in the pantheon. Unlike major holidays such as Rosh Hashanah and Passover, Jews work on Hanukkah and don’t have to dress up or anything. Also, to my knowledge, there’s not a specific temple observance for Hanukkah. I mean, you can go to temple as if it was any other day, but there’s not a special Hanukkah candlelight service or midnight mass. Just two extra prayers (three on the first night), and most families do them at home, over their own menorahs. Even in the grand scheme of Jewish suffering over the years, being persecuted and not having enough oil to light their lamp isn’t nearly as bad as what they went through leading up to what is now Purim or Passover. My family gives a card and a few gifts, and it’s great, don’t get me wrong.

But compared to Christmas…

3. It’s Kind Of A Big Deal — Christmas is generally observed as the day Jesus Christ, who Christians believe is the messiah, was born. That’s not small potatoes in terms of importance. Plus, it always happens on the same day every year. Hanukkah is on the 25th of Kislev, but the Jewish calendar is a little peculiar in how it does leap years, so sometimes it’s around Thanksgiving, sometimes around Christmas, but usually in the middle. No one really knows when it is, so it’s hard to celebrate. The U.S., though, is pretty much designed to celebrate Christmas — days off work, sales in the stores, everything is closed, decorations, lights, et cetera. As much as I like to shun the crowd and do my own thing, sometimes it’s nice to be part of the rest of the country’s celebrations.

And their meals, too… 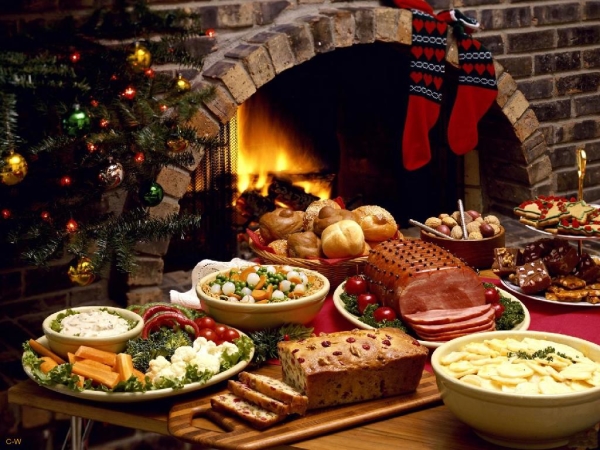 2. Food — This is a tradition that I never really grokked before I experienced it. Did you know that Christmas Lunch is a thing? I always thought it was dinner, but I guess when you’re eating an epic meal, it’s better to do it around lunchtime and clean up bit by bit. Plus you’re usually up early anyway with the kids, right? I don’t know. But anyway, there was turkey, ham, sweet potato casserole, green bean casserole, mashed potatoes, rolls, dressing, deviled eggs, and cranberry sauce. I mean, sure, we had big dinners on Hanukkah too, but they weren’t, like, traditional or anything. Some years it was chicken, some years beef, some years turkey, and I’m sure we ordered in once or twice. Apparently there’s a traditional Christmas lunch/dinner menu, and apparently it’s not Chinese food. Not that there’s anything wrong with Chinese food, mind you.

That all pales in comparison, though, to this…

1. The Look On Her Face — Sure, I gave her an owl onesie as her Christmas present, but the best gift I gave her was Christmas itself. To her, Christmas is huge: it’s right around her birthday, it’s her favorite holiday, it’s in winter (which she loves), there’s lights, music, movies, presents, food, and all sorts of other things that make her happy. We’ve had some rough patches this year, and a lot of stress, and giving her Christmas was something that I could do that I knew would be important to her. I had a good time on my first Christmas, but she had an even better one, and that mattered more to me than anything else. 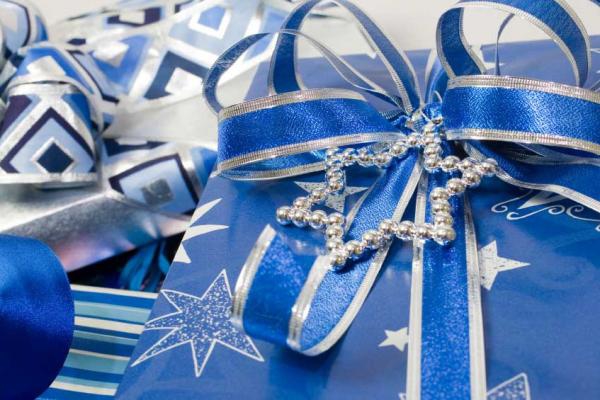 I vaguely remember a conversation between my partner and her mother about Christmas gifts… some people believe you should get three because Jesus got three; others say “something you want, something you need, something to wear, and something to read”.

Christians, though, don’t have to spread presents over eight days. To be fair, Jews don’t have to do it either, but many of them do, as if to say “yeah, the whole class is celebrating Christmas, but you, little Moishe, get eight whole days of gifts. How about that?”

So you have to tease it out a bit. As far as I recall, this is how we did it:

This kid’s going to clean up. She doesn’t need Christmas.

But I have to admit… I kind of enjoyed it.

* We happen to be getting together after Christmas this year, but obviously not for that reason.