SIX OF THE BEST… things about Chuck Tingle

In the nerdy, writerly corner of the internet, the legend of Dr. Chuck Tingle has grown by leaps and bounds. Though he had been writing for some time, it wasn’t until the Sad and Rabid Puppies attempted to game the Hugo Awards by nominating Tingle’s story Space Raptor Butt Invasion. It totally backfired, because Tingle not only drew attention to the Puppies’ reprehensible views but also publicly announced that if he won the Hugo he would send Gamergate target Zoe Quinn in his stead to accept the award.

Since then, Tingle has gathered fans, followers, and readers galore. He’s done a two Reddit AMAs, he’s been profiled on numerous websites, and he’s even been on @Midnight with Chris Hardwick.

Oh, and by the way, if you don’t know, Tingle writes gay erotica.

Here are six of the best things about Chuck Tingle. There may be spoilers for his books in the article, but, I mean, they all end basically the same way. There will definitely be sexual language as well. 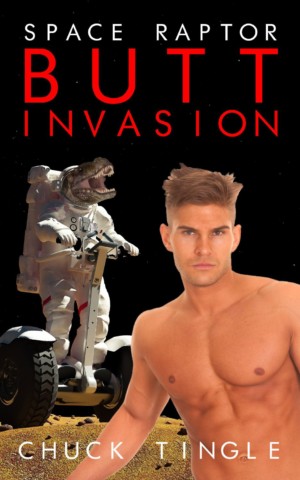 6. It doesn’t matter if he’s real or not. — The only known photos of Dr. Tingle are stock photos. No one knows who he is, or even if he really is who he says he is. Supposedly Tingle is an autistic man with an adult son (name of Jon) who helps him with editing, publishing, and general life tasks. He, his son, and his son’s fiancee (name of Clowy — Tingle’s spelling is not always great), all live in Billings, Montana. There’s some confusion about the identity of a woman named Barbara — I’m not sure if it’s his late wife or a caregiver, but he clearly feels bad about her passing some years ago.

However, some people believe he is a fake identity used to gather attention so that people buy the books and the writer gets paid. To me, though, it doesn’t matter if Tingle is real or not. I choose to believe that he is who he says he is. If someday it turns out he’s not, I will salute the performance artist who created his persona and the success the artist has had with the character. If it’s a performance artist, the person is certainly better at it than Garth Brooks was. 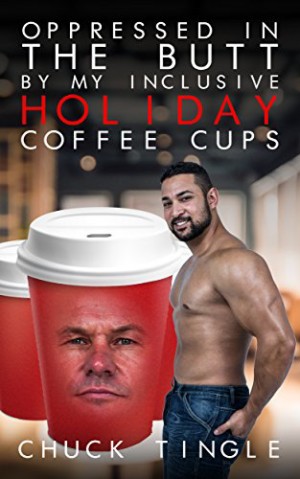 5. He is relentlessly topical. — I’ve said before — as have others — that Chuck Tingle has his finger on the pulse of America. Or perhaps the butthole. Could be both. Anyway, the moment something newsworthy happens, Tingle cranks out a 4500-word Tingler (what his books are called) about it. For example, right after the Nintendo Switch came out, Tingle published The Handsome Pretendo Swap Joysticks And Portable Screen Slam My Butt While Also Allowing Me To Control My Game. It’s about a portable/dockable video game system having sex with a human. I don’t even have to read the book to know that.

In addition to that, Tingle also publishes Tinglers about politics (featuring Domald Tromp), people being outraged (featuring a red Starbucks cup), and even the dress. Each one skewers the uproar for about 2000 words, and then devolves into pounding. 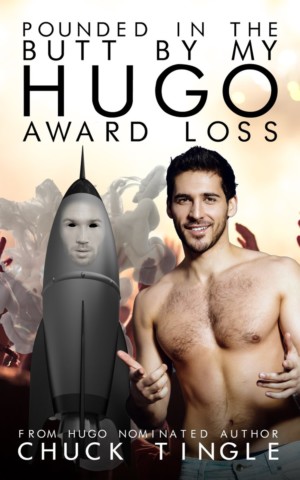 4. He is amazingly meta. — Tingle’s best-known book by far is Pounded in the Butt by My Own Butt, which was my introduction to him (performed live at a talk given by Mark Oshiro, who I’ve written about in the past). It’s the story of a scientist whose DNA is used to create a flying clone of his own butt, which then romances him. It is ridiculous, and hilarious, all at the same time. 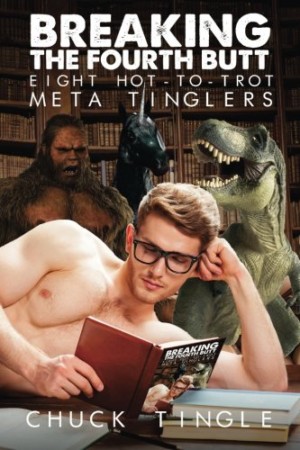 3. He writes the same sex scene over and over. — Honestly, most people probably don’t buy Tinglers for the sex. They buy them for the parts that come before the sex — where Tingle’s humor, satire, wit, and creativity truly shine. From a man romancing a raptor to an encounter with an ear of corn, the way Tingle sets up the sex parts of his books is just delightful. I have yet to read a Tingler that didn’t make me laugh at least twice.

The sex scenes are fairly unrealistic — everyone has rock-hard abs, enormous penises, overcome-able gag reflexes, copious orgasms, and flexibility that would make a gymnast jealous. They follow basically the same pattern, except for the characters’ names, motivations, appearances (other than the abs and the penises), and one-liners. But every sex scene is consensual, and that’s a hugely, hugely important part of the stories. 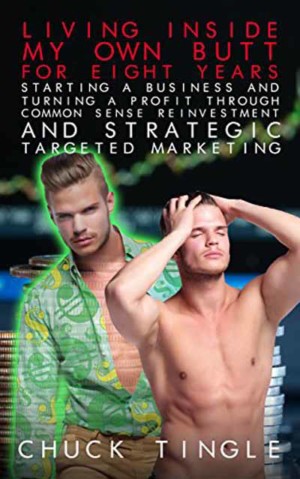 2. He’s socially conscious. — It’s one thing to put out books skewering and satirizing current events. It’s another to put your money where your mouth is. On multiple occasions, Tingle has held day-long drives where he donates all profits to charity (usually one that supports women), and he always talks about his appreciation for the Billings Public Library (which is in and of itself a support of public libraries in general). He also drew the right kind of attention to the Puppies and Gamergate in the way he reacted to his Hugo nomination, satirizing their actions with his own.

I don’t have a second paragraph for this one. But just for balance, I’m writing one here. You can talk amongst yourselves for 30 seconds if you want. 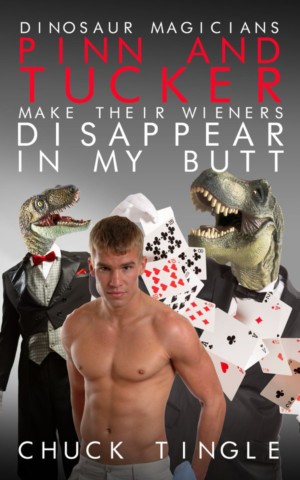 1. He is extraordinarily positive. — A lot of people were really unhappy the day after the US presidential election. But of all the things that could have made me feel better, what really touched me was what Tingle said on social media the next day (complete with spelling error):

sometimes the world goes in a bad way. i have been through many timelines and i know this as a unique man. things may be more difficult for UNIQUE BUCKS for a while now but PLEASE UNDERSTAND AND REMEMBER THIS. we are unique bucks TOGEATHER, we are special bucks together, and together we prove that LOVE IS REAL.

And that’s just one example. The aforementioned Reddit AMAs show that Tingle doesn’t rise to the bait of trolls; he instead tells everyone they should love each other in whatever way is best for them. I mean, sure, sometimes he posts ridiculous stuff like this, but for every one of those, there’s also tweets like this:

Sometimes, we all just need a little positivity… even if it comes from the guy who writes books called Helicopter Man Pounds Dinosaur Billionaire Ass. 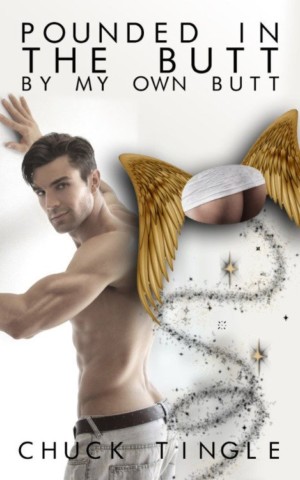 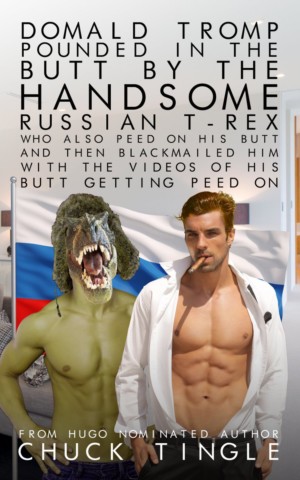