Have you heard of ER? Of course you have; it ran for more than a dozen seasons in the coveted 10pm-Thursday slot on NBC, and received almost two dozen Emmy Awards.

But fewer people have heard of Chicago Hope, CBS’s “answer” to the ER juggernaut — both shows premiered the same year, both set in Chicago hospitals… but that’s where the differences ended. ER was faster, grittier, more raw, while Chicago Hope was more like what Family Guy considers to be a CBS show: slower-paced, aimed at older viewers. (That perception has changed a bit these days, but back then it was totally valid.) Also, Hope was set in a more affluent part of town than ER, and the sets (intentionally) looked nicer (more like Grey’s Anatomy‘s). In fact, in many ways, I think it was Chicago Hope that paved the way for Grey’s Anatomy.

Chicago Hope was also a bit of a frontrunner in episodic television. Here are six of the best things that show did 20 years ago that you thought were new developments in the 21st century: 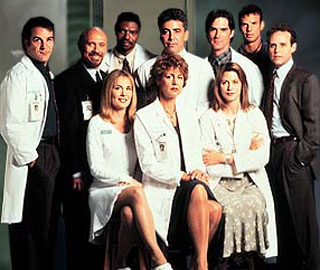 6. Stacking the team with veteran talent — In the past 15 or so years, NFL teams have been all about “win one Superbowl now!”, not “build a great team and win lots of Superbowls later!” To do that, certain teams (like the Raiders, who did it for the 2014 season) will hire a bunch of veterans instead of putting their money into younger players that they can develop. That trend is changing, but before the NFL got their teeth into it, Chicago Hope did it. After all, Hope’s season-one roster was jam-packed with luminaries — Mandy Patinkin, Adam Arkin, Vondie Curtis-Hall, Hector Elizondo, Thomas Gibson, Roxanne Hart — while ER treaded on the star power of Anthony Edwards and William H. Macy. Outside of them, I’d never heard of anyone in the cast. Though the show was created by Michael Crichton, so that’s all the star power anyone really needed in the mid-90s.

Chicago Hope wanted to win now. ER wanted a dynasty. I guess we know who won that one.

(ER did have a few other big names throughout the season, including Michael Ironside, Gloria Reuben, and Abraham Benrubi, but they weren’t headliners, not like the big names were on Hope.)

5. HD Broadcasting — According to Wikipedia, Chicago Hope was the first show to broadcast a regular series episode in HD. Nowadays it’s unthinkable that any show is broadcast in SD, or if it is, it’s letterboxed or the sides are cut off — seriously, try watching Scorpion in SD and you’ll see what I mean. It’s awful. But back in the day, when TVs were squarish instead of rectangular, it made no sense to broadcast anything in 16×9. And it’s super-weird to be watching shows shot and broadcast in 4×3 now that I have a HDTV — I can only imagine what’s going on outside the frame on Farscape and Buffy.

Although ER was filmed in widescreen, it wasn’t broadcast that way until 2001. Reruns later shown on TNT in HD did take advantage of the format. 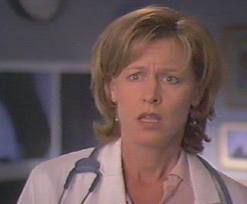 4. A cardiac surgeon with a chip on her shoulder — This pretty much fits Cristina Yang’s character description on Grey’s Anatomy to a T, but many forget that it was Christine Lahti’s Dr. Kate Austin who did it first. I won’t say she did it better, but she did do it first.

Corollary: on Grey’s Anatomy, world-renowned neurosurgeon Dr. Derek Shepherd lost the ability to operate due to damage to his hand. But long before then, Dr. Aaron Shutt suffered a brain aneurysm on Chicago Hope and couldn’t use either hand — but instead of complaining a lot about it, Shutt got certified in psychiatry. They both got their grooves back, but just remember who did it first.

Also, Dr. Burke suffered hand damage. It was such a good story arc, apparently, and Grey’s has run so long, that they could actually use the same plot twice and hope that no one noticed.

3. Really awful product placement — Although product placement certainly had been lampooned by Wayne’s World in 1992, no one could have expected the explosion of product placement that we see now. And yeah, on Warehouse 13, Aaron Ashmore unfortunately had to deliver a buttload of awful Toyota sponsorship dialogue, but it was Chicago Hope who truly took the cake.

In 1997, Cadillac was trying like hell to get people to drive their new Catera, which, according to the brand manager at the time:

Dr. Lisa Catera is exactly the kind of customer Catera is intended for, men and women who are enthusiastic about life and who want a responsive, personal-sized luxury sedan. “We call Catera ‘The Caddy that Zigs’ because it is such fun to drive,” says Nottoli. “We think Catera would be a perfect car for someone like Dr. Catera.”

So after a commercial break that ended with a “lease a Catera” ad, the very first line back was “who the hell is Lisa Catera?” Clearly it didn’t work — in 2001, after selling fewer than 10,000 units, Cadillac ended the line. 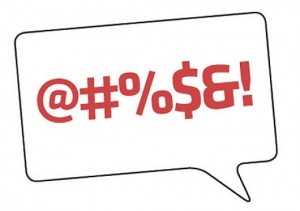 2. Swearing — On Thursday October 14, 1999, Mark Harmon had the dubious honor of being the first to say “shit” on network television before the “safe period” that starts at 10pm. It wasn’t truly necessary, although the showrunners and network defended the use of the word in context. Local affiliates were given a version of the show that had the word muted out, and my local affiliate (WKMG in Orlando) chose to mute it.

Three years later, on an extremely powerful episode of ER, as Mark Greene (Anthony Edwards) is deteriorating from a brain tumor, he screams “SHIT!” and breaks down in tears. It’s a much better scene, with much more emotional impact, and that whole episode had me constantly wondering if there was something in my eye… but Chicago Hope did it first.

I do think ER also benefited from the lack of news coverage surrounding their use of the word — though maybe I missed it?

1. Poking fun at themselves in a meta fashion — You’re going to need to bear with me on this one, because it’s a bit of a stretch, but it’s by far my favorite moment on this entire show — more so even than when the whole hospital lined the halls for Alan Birch’s sendoff. In the third-season episode “Liar, Liar”, a PR team comes to the hospital to interview the staff and create a commercial. What they make is… familiar.

Long before shows such as Supernatural started poking fun at themselves, and well before it became cool to do little in-jokes about other people’s work, Chicago Hope literally spoofed the ER credits sequence and then had the balls to as much as admit it.

I couldn’t find the original Hope credits, from the first season, so here’s what they went with for seasons 2 through 5:

Fun fact — this was my ringtone for my family for like five years.

I remember that, in the sixth season, they updated the credits to bring back the musical cue from the first season as part of the new theme, and even then I still was a big fan of musical callbacks. Thing was, in the first season, the show seemed to be trying for a different “feel” from ER, and it wasn’t until the second season (see the video just above) that they realized the whole “be different from ER thing” wasn’t working and they had to update the music to be a little more dramatic.

But never let it be said that the internet isn’t creative — someone made a version of the season six credits with the seasons 2-5 theme. So that happened.