For several months now I’ve been considering how to approach the topic of the classic Sierra On-Line games from the late 80s and early 90s. I played a bunch of them, but my favorites by far were from the Space Quest series. There were six SQ games, and this column is about six of the best things… so I think you know what’s coming next.

Plus, you probably read the title when you clicked on the link to read this.

6. Space Quest V: The Next Mutation — Given that I was a huge Star Trek fan as a kid (you think?), I really should’ve enjoyed this game more. Roger Wilco, the intrepid quasi-hero of the SQ series, is somehow promoted to be the captain of a starship — what any sci-fi-loving kid wants, really — and has to go on missions.

SQ isn’t about being a captain and going on missions. It’s about a guy who’s trying to do his job just well enough not to get thrown out of an airlock, just like most of us. When Roger became a captain, the game became too much of a parody, and I just couldn’t get into it.

5. Space Quest 6: The Spinal Frontier — After the events of SQ5, Roger is court-martialed and demoted back to being a janitor. He’s assigned to a spaceship that looks like a pair of underpants and is commanded by an enormous lion. The plot of the game is basically that somehow Roger ends up stopping the villain Sharpei from gaining immortality. It was also the first SQ game featuring a full voice cast, including the noted Gary Owens as the narrator. 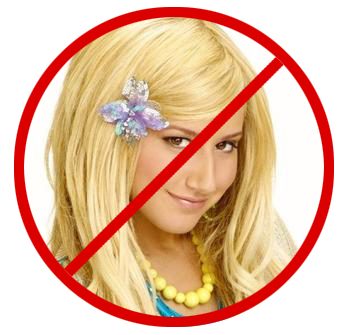 While this game was certainly fun to play, it came out in 1995, when I was more focused on girls and music* than computer games. I played this game and enjoyed it — especially the voice work — but I remember constantly starting over and getting stuck at various points before finally getting to the end and being underwhelmed by how the game wrapped up. That said, this is a pretty good game and if you can get your hands on it you’ll probably like it.

4. Space Quest 1: The Sarien Encounter — Hard to believe this game is almost twenty years old, isn’t it? Roger Wilco, a janitor on a research station in space, is woken from a nap in the broom closet by an attack from the Sariens, who kill everyone else on board. Roger must outwit them (which is hard, because he’s not that bright), escape to a nearby planet, not get killed, and eventually get off that planet, only to be captured by the Sariens, who he must defeat before they use the secret research to destroy habitable planets. Because they’re evil. The game follows the “idea, with variations” sci-fi plot often used by authors like Heinlein, where, just as things start to get better for our hero, another problem crops up, this one even bigger.

The game itself was pretty straightforward, as games were in those days. Four acts (escape the station, escape the desert, escape the planet, save the day), each of which had a specific number of puzzles that could only be solved in one of two ways. And one of them was particularly annoying: the slot machine game in the town of Ulence Flats**. You had to earn enough money to buy the one ship that didn’t suck, which meant you played the game, saving over and over as your money increased, hoping you didn’t get killed by the giant laser that zapped you when you got three skulls. A royal pain in the ass. And I also remember the final stage — the Sarien flagship Deltaur — being equally annoying.

3. Space Quest 4: Roger Wilco and the Time Rippers — Oh, this one was fun! After saving the day in SQ3, Roger stops for a drink, only to be sent through time by a mysterious person (who turns out to be his son, coming back from the future). He arrives in Space Quest 12: Vohaul’s Revenge 2, where the villain from SQ2 has somehow rebuilt himself and taken over Roger’s home planet. Roger somehow (I forget how) goes back to Space Quest 10: Latex Babes of Estros, where he has to convince the women of Estros that he’s not an asshole. Then he goes to the mall, plays a few video games, fights in a battle, and eventually gets kicked back to SQ1. At some point he returns to SQ12, saves the day, and is sent back to SQ4, where the whole thing started. 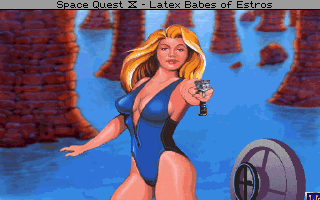 Although this game was enjoyable and challenging, parts of it were unimaginably bleak. Specifically, the SQ12 parts. I wasn’t into post-apocalyptic sci-fi at the time, and I hadn’t seen a lot of the reference material, so it was hard for me to digest. The jokes in SQ10 didn’t much do it for me (I was too young), and I ended up using a walkthrough to beat the game. Still, the sprawling adventure and the return to SQ1 made this a game I simply must rank highly.

2. Space Quest 2: Vohaul’s Revenge — After the events of SQ1, Roger Wilco is assigned as head janitor to a space station. He’s abducted by Sludge Vohaul (formerly “Slash” Vohaul), mastermind of the plans in SQ1, as revenge, but before he can be sent to a labor mine, the ship he’s on crash-lands. Roger must escape the jungle and board Vohaul’s massive space station, where he learns of Vohaul’s new plan to destroy his home planet. Looks like it’s up to Roger to save the day again.

This game is almost perfect. It’s better than the first, it’s more difficult without being impossible, and it’s beatable without being too easy. Except for one part. “SAY WORD”. That’s right, in order to pass one of the puzzles, you must type “SAY WORD” into the parser. No lie, I almost called Sierra’s 900 number to get the hint for that one.

1. Space Quest 3: The Pirates of Pestulon — At the end of SQ2, Roger puts himself in cold-sleep after escaping Vohaul’s exploding station. He’s picked up by a garbage scow, waking up and needing to find his way off this thing. He fixes up an old ship, the Aluminum Mallard, and manages to escape, only to discover another plot to take over the galaxy, this time using software developers.

This was the biggest adventure game I ever played, and it was super-fun. Parts were maddening in their difficulty, but I always kept trying because I wanted to see what happened next. There was an awesome space battle scene toward the end, and if the finale (going through a wormhole to deliver the game’s programmers to Sierra headquarters) was contrived, it was a blast getting there. But there was one problem — and, annoyingly, it made total sense. You have to turn on the ship’s shields before blowing a hole in the garbage scow and escaping, but if you don’t turn them off, you run out of power before the game ends… usually during the space battle scene. Epic frustration. If you didn’t have a saved game in the right place, you had to start all over. Still, there’s a reason I ranked this game number one, and to this day it’s still probably my favorite Sierra game of all time.

I also played most of the Leisure Suit Larry games, even though they were intended for adults. I was hoping to see boobs — hey, I was a teenager — but I actually appreciated a few of them for the more inventive puzzles. If you’re looking for a fun romp with sexual humor but no actual porn, you might check out Leisure Suit Larry 6: Shape Up or Slip Out, in which Larry goes to a health spa and must help nine women reach their goals. Parts of this game are downright hilarious, and when Larry finally wins, you really feel like you’ve accomplished something. Download the game, download a walkthrough, and spend two or three hours having some PG-13-rated fun.