SIX OF THE BEST… second books in a series

A “sophomore slump” is what happens when the second year (or iteration) of something isn’t as good as the first. It implies that the third year or iteration is going to be better.

Unfortunately, sometimes great book serieses fall victim to the sophomore slump as well. I love Sean McMullen’s Greatwinter series, but The Miocene Arrow was hard to follow at first because we were on the other side of the world and none of the characters I cared about were there — at least for a while. The second Miss Peregrine book was more of a “journey” novel that I didn’t feel much of a connection to, compared to the first. And right now I’m reading the second Thursday Next novel by Jasper Fforde and, while it’s funny and all, I don’t think it’s as good as the first book. Even Jacqueline Carey’s Saints Astray, which I enjoyed, isn’t nearly as good as its predecessor.

Fortunately, there are plenty of book serieses where the second one is as good as — or better than — the first. Here are six of the best of them. Be warned: there will be spoilers for many of the “first book in the series” titles in this column. 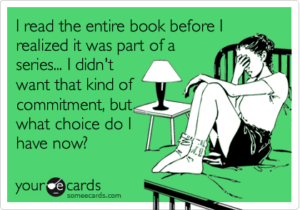 6. The Light Fantastic, by Terry Pratchett — Many, many years ago, Terry Pratchett introduced us to the failed wizard (excuse me, wizzard) Rincewind, the tourist Twoflower, and many other interesting individuals in The Colour of Magic, the first book in the Discworld series. It was really more a collection of novellas, in my opinion, but it was pretty decent. Of course, most people didn’t start with Colour (including me), but most Discworld fans have read it and said “well, that was okay.” And then came The Light Fantastic.

Why is it better? Unlike with Colour, Light brings us into a far more satirical Discworld. It skewers religion, doomsday cults, Stonehenge, fairy tales, and barbarian heroing. It brings us the recurring character of Cohen the Barbarian, a geriatric warrior who should not be messed with, and it introduces us to the trolls, an important Discworld race. But most of all, it tells a single coherent story throughout, and has an extremely satisfying ending. Colour was fine, but Light was great. 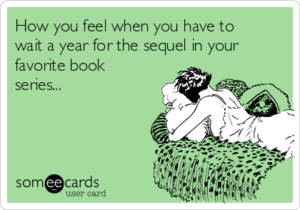 5. Judge Benjamin: the Superdog Secret, by Judith Whitelock McInerney — I know I just mentioned this series two weeks ago, but I feel like I should bring it up again. The series follows a Catholic family from Illinois in the late 1970s, from the point of view of their Saint Bernard dog, Judge Benjamin. It’s a series for elementary school kids, and some of it probably doesn’t resonate with the latest generation (because there’s no computers or tablets or cell phones), but the stories are good and the characters are interesting. Plus, it’s mostly funny.

Why is it better? The first book ends after a tornado rips through Decatur, Illinois (where the family lives), right at the time that the mom gives birth to the family’s fourth child. We don’t see it — at the time, Judge Benjamin is searching for the family’s doctor — but it’s likely that the two older children helped deliver the baby. The second book, though, is much more lighthearted: the family gets a motorhome and goes on a trip to Canada. They were planning to leave the Judge behind, but he stows away (hilariously, I might add) and ends up getting entered into a dog show of all things. After the stress of the first book, the second is a welcome respite. 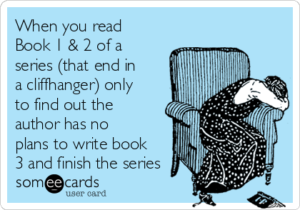 4. How Much for Just the Planet, by John M. Ford — Planet is the second story in a loose duology of books about Klingons — yes, this is a Star Trek tie-in, but hear me out — written well before their culture was canonized with TNG, DS9, and VOY. No one really knew much about the Klingons, but The Final Reflection, Ford’s first Star Trek novel, pretty much wrote the book on them, to the point that the FASA role-playing guide used the book as a basis for how Klingons should act. We also first see the Klingons as more than just stock villains — they’re real people with their own cultural mores, desires, and senses of humor.

Why is it better? As great as Reflection was, Planet far outstrips it simply because it’s hilarious while also respecting the source material. The book reads as one of the weirder episodes of TOS might do: the crew is dispatched to a newly-found treasure trove of dilithium and has to convince its owners to join the Federation, while the Klingons dispatch a ship to do the same. But as things get out of hand, the Klingons and the humans (Spock remains on the ship) must work together to uncover the mystery of a planet that seems to be nothing more than musical numbers loosely strung together. It’s so good that even my grandmother, who doesn’t read or watch Star Trek, enjoyed it. 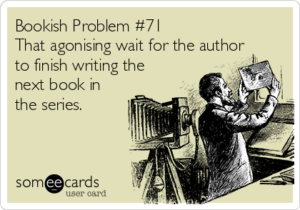 3. The Girl Who Played With Fire by Stieg Larsson — The Girl With The Dragon Tattoo was a really interesting book with a complex, twisty plot and about a bajillion characters to keep track of. By far the most compelling of them is Lisbeth Salander, a hacker and feminist, probably on the autism spectrum, who respects people who don’t bullshit her and are honest about things. She and journalist Mikael Blomkvist work together to uncover the truth behind a decades-old murder… but was it a murder at all?

Why is it better? It takes almost 150 pages to really get into Dragon Tattoo, but in the sequel, The Girl Who Played With Fire, things pick up much more quickly. Lisbeth discovers that her father may be alive, and may be a mob boss perpetrating crimes against women — which, in Lisbeth’s book, is the worst thing you can do. It leads straight into the third book, and as with The Empire Strikes Back you really start to wonder if Lisbeth is going to come out of the series unscathed. 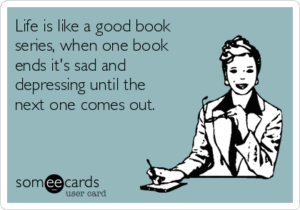 2. Glass Dragons, by Sean McMullen — The second book in the Moonworlds series picks up shortly after the end of the first, Voyage of the Shadowmoon, when a doomsday weapon was destroyed before it could destroy the world. Well, that doomsday weapon created major climate change, and the planet’s sorcerers have banded together to create a massive wall that will stop this in its tracks. To do this, they use dragons.

Why is it better? I wouldn’t say it’s better, but it’s almost as good. It’s not a sophomore slump by any means; it has a ton of action, humor, bawdy stuff, magic, and characters who we care about. We get to revisit characters we liked in the previous book, and we meet new ones like Andry, a young man who was press-ganged into crossing a dangerous strait and ends up on a sort of hero’s journey with a disgraced courtesan. It’s worth your time to read the first two books in this series, and after that you may consider reading the rest of them. 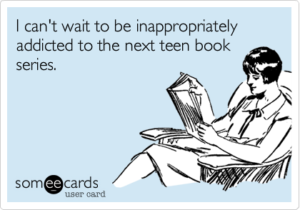 1. The Scar, by China Mieville — Mieville’s Bas-Lag series begins with Perdido Street Station, the story of a scientist living in the capital city of New Crobuzon and the various people he meets as he works to build replacement wings for a winged person whose wings were taken as punishment for a crime. It’s phantasmagoric and compelling, if occasionally hard to follow. But The Scar outstrips it by far.

Why is it better? As cool as New Crobuzon is, in The Scar we spend most of our time in the floating city of Armada. All of the worldbuilding from the first book is applied to this one, and through the main POV character, Bellis Coldwine, who is abducted by Armadans as they go on a quest for ultimate power. Vampires, cactus-men, people remade with thaumaturgy to be water-dwellers, scarification enthusiasts, and warriors of all stripes are a part of the crew, and the story is chock-full of adventure, excitement, and truly weird crap. 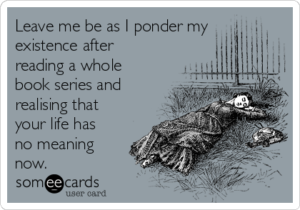 Way back in the day, I used to work for a radio show that focused on science fiction. Somehow, they managed to get an interview with China Mieville just as The Scar was being released. As the producer, I called him at his hotel, told him I really enjoyed Perdido Street Station, and put him on hold so the hosts could talk to him.

And, unfortunately, I was vastly disappointed with the 15-minute conversation they had. It seemed to me that they hadn’t read the first book, and were only interviewing him because the second book had vampires in it.

To be fair, it did. But it’s a book about vampires in the same way that Batman v Superman: Dawn of Justice is about a senator from Kentucky: an important part of the story, but not the focus.

It’s one of my greatest regrets that I didn’t know soon enough about the interview to try and get on the show (instead of just running the board) to ask my questions and really engage Mieville in conversation. Not that they would have let me talk in the first place — they rarely did — but it would have been nice. I mean, I was the only one who’d read anything by the author to that point.

Water under the bridge, I suppose. 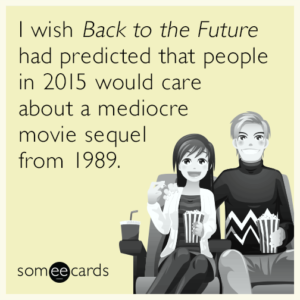