I can’t believe I didn’t think of writing this article sooner, what with the impending arrival of Batfleck, but… yeah. There have been six major on-screen iterations of Batman (not counting Saturday morning cartoons when he was part of the Justice League or the Scooby Doo team), and this is a column about six things, so… well… match made in heaven.

A caveat: this is only about the six best Batmen. It does not include the six best Bruce Waynes. However, if you’re interested, I rank them below as well.

6. George Clooney — I really thought Clooney would make an excellent Batman when he got cast, but alas, that was not to be. I don’t really blame him; I blame the director, the script, and the writer. Clooney couldn’t move in the batsuit, which made his fighting look wooden and stiff, and he delivered the one-liners as if he was an amateur stage actor giving huge winks and nods to the audience. Nope. 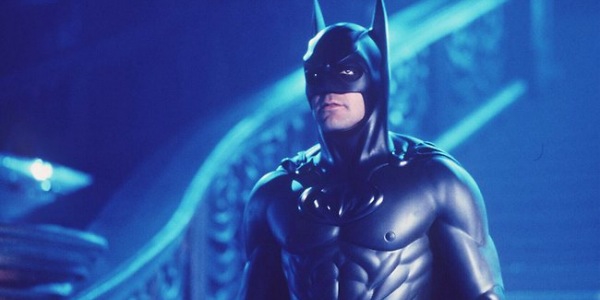 5. Val Kilmer — Bless his heart, Val Kilmer really tried, but he wasn’t a great Batman. Better than Clooney, and he had better material to work with, but overall he was average at best as Batman. All I really remember, honestly, is that he had this weird-ass smile during one scene where, as I recall, Dr. Chase Meridian failed to figure out that he was Bruce Wayne or something. Goofball.

4. Adam West — I really don’t like putting West down this far, because I really do think he was a good Batman. He was believable in the role, he delivered his lines well, and he had impeccable comic timing. It’s just that the three Batmen above him were, quite simply, better. Not his fault. But then, he was the only Batman to go on to be the mayor of a city in Rhode Island, so… 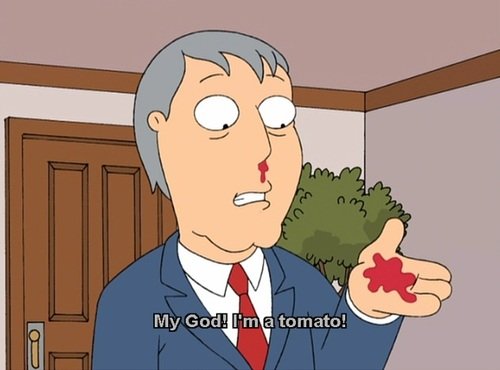 3. Christian Bale — I enjoyed much of the Nolanverse Batman trilogy, and I did find Bale to be well-cast in the first move. But as the films went on, I think he buried himself too deeply into the part — and, through no fault of the actor’s, it was as if Batman himself was less important to the story than the effect he had on the story around him. Batman has always needed additional help — he never did the work alone — but by the last film he had Commissioner Gordon, Catwoman, Joseph Gordon-Leavitt, Morgan Freeman, and Alfred all working together to save the city from Bane and whatshername who was played by Joey King in the flashback scenes. Batman was more of a symbol and less of a discrete character, and I feel as though Bale tried to “act harder”, as it were, to make Batman more important than the script made him out to be. It negatively affected his portrayal of the character.

2. Kevin Conroy — Batman: the Animated Series was by far one of the most groundbreaking 90s animated shows ever committed to the screen, and without Kevin Conroy’s amazing vocal talents, it would never have worked. Christian Bale’s Batman voice was nothing on Conroy’s. Sure, there are dozens of great voice actors who can do growly — Clancy Brown, Maurice LaMarche, and of course Frank Welker, just to name a few — but Conroy really made the role his own, just as much as Mark Hamill became the iconic voice of the Joker (more so than Nicholson or Ledger will ever be, despite their great performances). 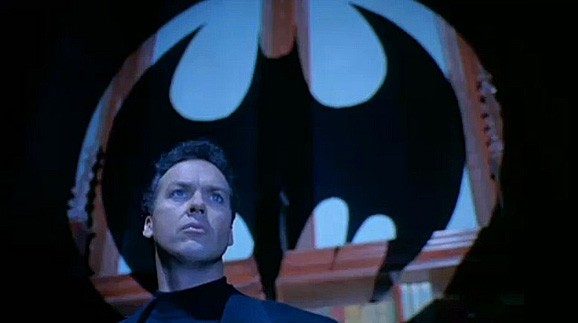 1. Michael Keaton — Remember how much uproar there was at casting a comic actor as Batman? Well, after that opening weekend, Keaton silenced a lot of critics. His Batman was a force of nature; in two films, you never really felt like he couldn’t overcome whatever foe he was facing. He seemed intelligent, powerful, and downright scary, and when he was bearing down on a villain you genuinely feared for that villain’s life. He didn’t look like one might expect Batman to look with the suit off… but with the suit on, he was Batman.

As promised, here are my six best ranked* Bruce Waynes, out of the actors listed above:

* We’re using the “ol reversed” tag to make this list count down. If you’re seeing it with Val Kilmer as #6, then you’re seeing it backward because your browser doesn’t support that property. Just reverse it in your head.