SIX OF THE BEST… problems that are CNN’s fault

SIX OF THE BEST… problems that are CNN’s fault

I’m writing this column at the same time as the missing Malaysian Airlines flight news coverage fiasco is going on. Not to belittle the tragedy that is the (probable) death of hundreds of people, but I kind of think that we brought this on ourselves.

Or, more precisely, about 34 years ago, Ted Turner brought this down onto us by being behind the creation of CNN.

Hear me out before you hit CMD+W, okay? Because I’ve got a list of six of the best problems that are all CNN’s fault.

6. What exactly is news anymore? — Look, let’s face it: there’s a lot of newsworthy stuff going on in the world right now. The missing airliner was just one thing. What about what’s happening in Russia/Ukraine/Crimea? What about Sudan? What about the crazy weather that’s been sweeping the US? All of these are valid news stories that deserve to be covered. But when you have 24 hours to fill, multiplied by multiple news channels, and you’re a slave not to the truth but to ratings, what do you show? How about Justin Bieber getting arrested, or an athlete doing a sports program for inner-city youth, or something on the dangers of the latest violent video game? And it gets worse; news channels are actively mining Twitter, Facebook, and Reddit for the next non-starter story, or turning press releases into thinly-veiled features. Because that’s how we do it these days.

So what’s the problem? People are wasting valuable time talking about Justin Bieber, for one. Or other unimportant things. There’s no real talk about real issues because we all want to talk about the latest cat video on YouTube, or how Facebook is swindling us out of our personal information for the purpose of selling better-targeted ads. We have a skewed perception of what news really is. 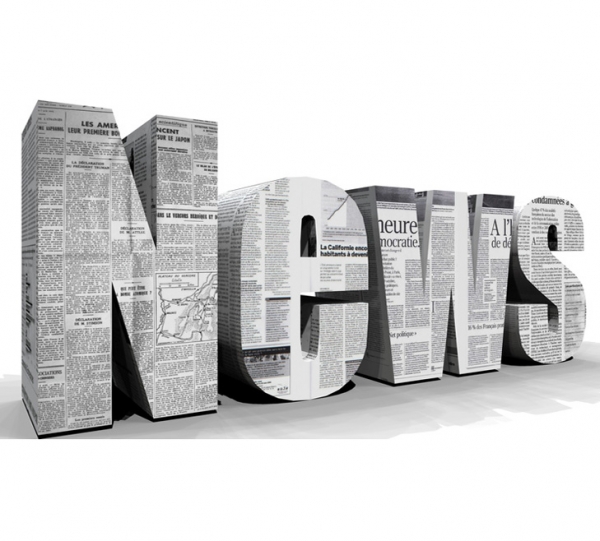 5. The Reddit effect — Over the years, various news aggregator websites have come and gone as the one place where the news originates. For a while it was Fark, and then Digg, and now it’s Reddit. Credit where credit is due, Reddit has a lot of really interesting content and is a good place to take the pulse of the world. But there’s a cycle: Reddit, Twitter, CNN/Fox News, Facebook, your mom’s Facebook. If you were to look at the top 100 stories on Reddit and then listen to the top 100 morning radio shows the next day and watch the top 100 TV news broadcasts the next day, you’d see a fair number of stories in the middle of the Venn Diagram. And there’s a reason everyone is going to Reddit.

So what’s the problem? Well, for one thing, if you read Reddit, you don’t need CNN. Or your mom’s Facebook. Eventually CNN viewers are going to figure this out. I’m kind of afraid of what CNN will do next.

4. First! — The best way to consistently build ratings isn’t, despite what the consultants say, to do clickbait/eyecatch stories. It’s to be a dependable source of up-to-date information that’s easy to understand but in-depth enough to give a full picture of the issue without being boring. Or, if you’re a US-based news station in the 2010s, just get the story out as fast as humanly possible and worry about the facts later.

So what’s the problem? CNN isn’t the only place you have to be first. I’ve worked for some pretty big-name media conglomerates over the years, and one thing we learned is that you have to have everything done first, and done perfectly. If CNN wasn’t around — or 24-hour news in general — we might be moving at a more reasonable pace. There’s nothing wrong with getting a product to market quickly, but at what cost?

3. Exhaustion — I quit the local news business in 2009 because, after ten years of reporting on crime, casualties, and other stuff starting with C, my brain was fried. I couldn’t allow myself to be exposed to that anymore. I moved onto the sales support side of the business and haven’t looked back since. As a culture, we’re exhausted with all the bad news, which explains the proliferation of sites like Buzzfeed, Upworthy, and ViralNova, all of whom try to squeeze in a little real news amid celebrity gossip, funny gifs, and uplifting stories. CNN and their ilk have responded by putting celebrity gossip, funny videos, and uplifting stories in their broadcasts, often at the expense of news that really needs to be covered.

So what’s the problem? Have you seen your Facebook feed lately? Your mom reposts everything from Upworthy and Huffington Post, and when CNN does get a link in edgewise, it’s something that was created by a tweet or an Instagram picture. Take, for example, the fact that UCF QB Blake Bortles is a talented individual who will likely be taken in the first round of the NFL draft. His girlfriend is attractive and posts photos of herself wearing skimpy clothing. The former is a story; the latter is filler. But we’re so exhausted by real news that all we care about anymore is filler.

2. The election cycle — And speaking of exhaustion, because the 24-hour news networks are clamoring to fill 24 hours of time, they turn to royalty — which, in the US’s case, is our political leadership. Speculation about who’s next, who’s doing well, who’s doing poorly, who’s going to run for president… it all runs rampant. It’s all speculation, too. Not even interesting speculation at that.

So what’s the problem? Leaving out the fact that taxpayer money is being spent to campaign well before campaigning is even necessary, and leaving out the fact that important issues have to be distilled down to a single sentence or they’ll be ignored, have you considered the length of the election cycle lately? President Obama was re-elected in 2012, and by the latter half of 2013 CNN and their ilk were already speculating over who would be running to succeed him in 2016. By the time Hillary is elected that year*, we’ll already know who’s running against her in 2020. One big reason people don’t follow politics anymore is because we’re all exhausted by the sheer length of the election cycle. When I was ten, we watched the news every night in my house after dinner, and I don’t remember hearing anything about who might run for president until at least springtime, when Peter Jennings started talking about Vice President Bush being a candidate. And I don’t think I heard Dukakis’s name until summer vacation started.

1. Everyone’s an expert — If you’re going to start talking about politics three or four years in advance, you’re going to need some talking heads, because Senator Jones from North Dakota certainly isn’t going to waste his time talking to you, and Mayor Smith from Oregon is more concerned with local issues than with possibly becoming the next vice-president. So political “experts” are brought in. So are technology “experts” whenever there’s a story about Facebook, or education “experts” whenever some kid is suspended from school for drawing a picture of a gun, or media analysis “experts” who come on to talk about the explosion of dystopian YA fiction featuring teenage girls as heroes. And everyone is an expert.

So what’s the problem? Well, for starters, everyone is an expert. Technically, I’m an expert on digital advertising; the next time privacy and advertising comes up on CNN, they could conceivably call me to talk about it. Around this has sprung up a hedge industry of people whose job it is to make experts available to news stations; I’m on one of those mailing lists because I used to work in the news. It’s interesting to read, but what it comes down to is that we have a new breed of kingmakers — the people who want to get stuff done can now pay the expert brokers to broker their preferred experts, who people watch and listen to, who then get their quotes misused online, which becomes a meme, which makes it to Buzzfeed or Upworthy, which is posted to your mom’s Facebook, and then we’re all in trouble.

And it’s all CNN’s fault. 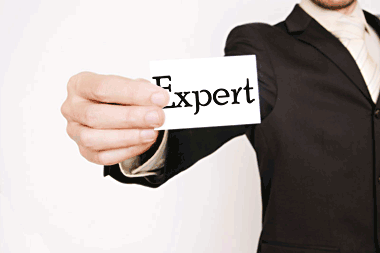 Here’s an interesting personal anecdote about the power of partisan media.

In 2006, I was working for an NBC TV station. We were covering a very polarizing congressional candidate, and as one does, we sent out a photographer and reporter to cover one of her appearances. Our photographer did his job — got close enough to get a good shot — but things devolved quickly and he was assaulted by the candidate’s security staff. Not badly; he was fine, and in good spirits.

We ran the story about this incident on our website, and our editor submitted it to The Drudge Report, which is a very heavily-trafficked conservative-slanted news website — kind of like a Republican Fark.com.

I believe the story got either 200,000 or 2,000,000 hits the first day. I honestly don’t remember. That became our impetus to keep getting stories on sites like that — we wanted the hits, and we didn’t care how we got them.

But we kept submitting stories to partisan outlets like Drudge in hopes that the editors would deign to feature our stories on their front pages. Occasionally it worked and we got a nice bump in traffic. But usually it didn’t.

And if it wasn’t for CNN, we wouldn’t even care about that. We’d just report the news. Something that CNN has made it very hard for honest journalists to do these days.

* She’s going to run, and she’s going to win. Whether you like it or not. I will not reveal my opinion on the matter. If you want her to win, good for you. If you don’t, you’d better lie back and think of England, because there’s no possible way she can lose.