Out of a sense of maudlin more than anything else, the week of Christmas I pulled up the Dunesteef episode where they ran published my novelette Secret Santa. I enjoyed listening to it again, but as I made my way through the commentary I noticed they were talking about how I very gently foreshadowed the ending and when they realized it they were both like “a-HA!”

That made me think about how I write, and how I take in entertainment, and how much stuff I watched over Christmas weekend, and how I can no longer just sit back and enjoy movies and TV anymore because I’m always looking for narrative devices. With that in mind, here are six of the best of them that you really can’t use anymore (because they’re cliche’d). 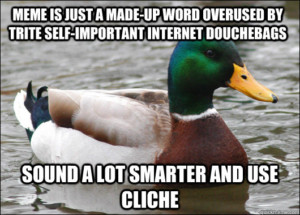 6. No, I am your father! — Once Darth Vader revealed to Luke Skywalker that he was, in fact, the young Jedi’s father, the secret family relationship device should have been officially retired. I mean, after that, how can anything else stand up? Whether it’s done in a straightforward way, or a trope-defying way, or a lampshade-hanging way, it’s no longer a surprise and it feels like a cop-out. I suppose there’s still some mileage left if the audience knows about the secret family relationship but the characters don’t, but outside of that, this one has to go.

Egregious Violator: Alias (like many other JJ Abrams shows) was, at its core, about family. Through five seasons, Sydney (the main character) went through so much family drama that it was almost impossible to keep up. Her father was her handler in SD-6 but was really hiding something. Sloane wanted to be a father figure from time to time. Her mother disappeared and was dead, but really wasn’t, and ended up hopping from Sloane to Jack (if I’m remembering right). A sister shows up out of nowhere. And of course there were both Sloane and Evil Sloane, Vaughn not having met Sydney in a coincidence, and the fact that Sydney’s mom had two sisters. Such a mess. 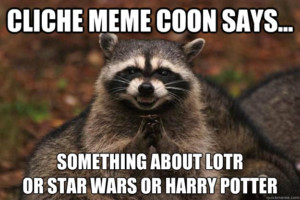 5. It was all a dream. — At this point if you try to publish an “it was all a dream” story, you’re going to piss off a lot of people. It’s still used in various episodic media (I’m thinking specifically about “Eye of the Beholder”, a seventh-season episode of Star Trek: the Next Generation), but a whole story that’s a dream? That just can’t work anymore — unless you completely upend it, as with Eternal Sunshine of the Spotless Mind, or you pay it off with something happening at the end that makes you question if it really was all a dream, as with Swiss Army Man*.

Egregious Violator: The OA. I wrote a whole column about this last week. You should refer to that. 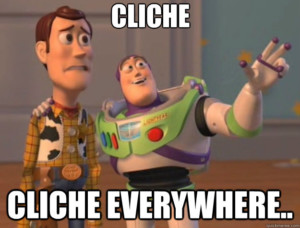 4. Oh, you like that character? S/he is dead now. — I just recently finished the first season of Vikings and (spoiler alert) the Earl dies in episode six of a nine-episode season. I wasn’t even shocked. In fact, I haven’t been shocked by a midseason death since Tara Maclay. No matter what you’re watching, it’s pretty clear that no character is safe (unless you know the actor is under a contract to be on the show or in the film’s sequel). But even then I no longer consider anyone sacrosanct, and that’s a problem, because now characters are being killed off just for the drama of it, and it’s backfiring. Thanks to filmed and televised entertainment, this device has been ruined for short-story and novel writers like me.

Egregious Violator: Game of Thrones comes to mind — no one is safe on that show — but it wasn’t until relatively recently when shows started killing off main and (important secondary) characters mid-season. That would never have happened in the 70s, 80s, or 90s, because back then everything had to reset at the end of the show. I’m glad we’ve moved past that, at least. 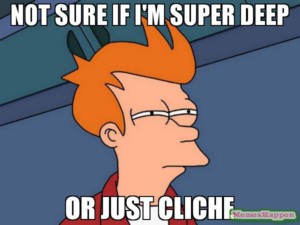 3. Did everyone catch that little detail? — One of the most fun things about reading or watching something is your chance to figure things out before the characters. It’s why I like to read (and write) mysteries. But there’s a difference between writing a mystery story where the reader is trying to figure it out alongside the main character and writing a mystery story where you put in one teeny-tiny detail that the reader completely misses. That gets translated to television and film as “don’t you feel stupid for missing that, you idiot consumer of media?” That’s not good.

Egregious Violator: This has been a problem since the days of the original Sherlock Holmes. I have never solved a mystery ahead of him, even though I know all the clues are right there in the text, and it’s annoying. I don’t want to figure it out all the time, but maybe 25 percent? Would that be too much to ask? At least I can sort of figure out Sherlock because the episode titles tell me which Holmes story is going to be subverted. If you let the viewers (or readers) figure it out before the character — as happened when my wife and I recently saw Arrival** and we both figured out the secret at the same time — then it makes the viewers (or readers) that much more invested in the story because, instead of being made to feel dumb, they feel smart enough to have pieced it together. The trick, of course, is doing that late enough in the story that they don’t feel like they wasted their time while simultaneously doing it early enough in the story that they don’t get bored. 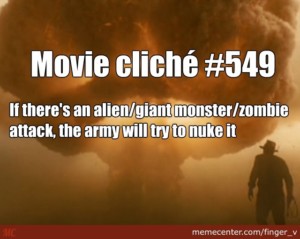 2. Did you get my pop-culture reference? I’m so hip and cool! — One of the most annoying things about being a writer is that, by the time something gets published, it’s already dated. I know that we as writers use pop culture to show the reader when we are and what a character thinks, but unless you can be absolutely sure that the reader is going to get it, you’re just throwing spaghetti at the wall until something sticks… which is what a lot of TV shows and movies do these days. An offshoot of this is pandering to the fanboys, which the two most recent Star Wars films do to excess — “I’ve got a bad feeling about this”, blue milk, force chokes, Darth Vader’s helmet… every time something like that happens, I say “womp womp” aloud because that’s how it feels to me: like the media I’m consuming is trying to get me to feel something, and it fails miserably.

Egregious Violator: Supernatural. Buffy. iZombie. Take your pick. But especially Supernatural. I have no idea how Sam and Dean manage to keep up on anything pop-culture-y given what they have to do on a weekly basis. 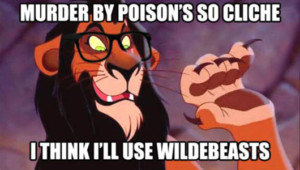 1. Chekhov’s gun. — Or, really, Chekhov’s anything. I’ve talked about this before, but if you don’t know, Anton Chekhov once said: “If you say in the first chapter that there is a rifle hanging on the wall, in the second or third chapter it absolutely must go off. If it’s not going to be fired, it shouldn’t be hanging there.” But because so many writers in all media have taken this to heart, we as media consumers can never see a cigar and say “it’s just a cigar.” Everything on the screen has to be important to the story, either as a clue or a callback, and even when it’s not we go out of our way to justify it as being a Chekhov’s gun — whether it’s an object or an off-hand remark. It makes it hard to enjoy anything because we’re so dialed in that we can’t just react anymore.

Egregious Violator: You can find this everywhere, but a big example of it is in Firefly, when Kaylee keeps saying “we need a part or the ship is going to break,” and then the ship breaks. This happens in pretty much every show set in, on, or around a vehicle of some type. 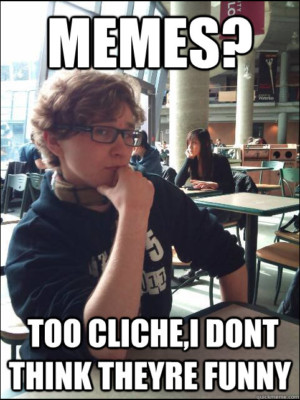 The Turkey City Lexicon is a great place to start if you want to avoid cliches and other problems in your writing. The lexicon is not copyrighted, so use it as you like, but you should attribute it. The text that follows is directly from it.

Here are a few biggies:

I find that the hardest one to overcome successfully is “white room”, followed by “squid in the mouth”. 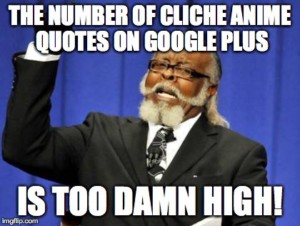 ** It was really good. Slow at first, but I don’t mind that.