It’s been a year since my last “best-of” post, which can mean only one thing: time for six of the best “Six of the Best (or Worst)” columns that I wrote in 2016. 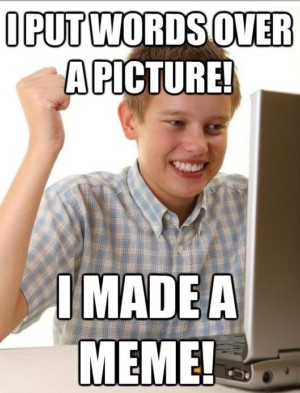 6. Fantastic Beasts and Where to Find Them — The ninth Harry Potter film — which is apparently the first of a five-movie series — came out last November, and I went to see it with a close friend who happens to be a major Potterhead (and had seen it before). I initially wasn’t planning to write this column about it, but as the movie progressed I discovered some things that (I think) could have been better. As a nerd, I’m going to talk about that, of course, because what else do we do?

Best part: “She happens across Newt, sees him break a magical law, and hauls him in… to the president herself, which, by the way, means that if Tina was recognized by the president that means she was way up there in rank. I’m pretty sure the average British Auror’s name wasn’t personally known by Fudge or Scrimegour.” 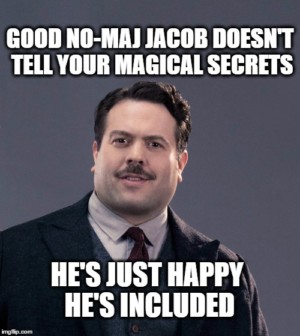 5. Quotes — As I said in this column, I love quotes. They’re easy-to-relate little chunks of wisdom, humor, silliness, or reality. This one’s here basically just because I like it.

Best part: “Breasts exist for the purpose of feeding children; the fact that the citizenry of the US can’t look at one without thinking ZOMG IT IS SEXYTIMES TIME NOW when a woman nurses her child is sad… and kind of disgusting. The fact that we have to legislate around this, or fight against anti-breastfeeding-freedom legislation, is even more disgusting.” 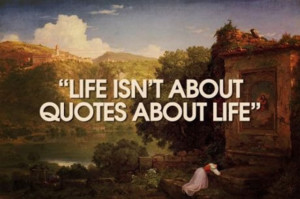 4. Planning Your Second Wedding — I actually wrote this column almost nine months before I got remarried. Update: so far, the second marriage is a success. The wedding was pretty good too, although I don’t recommend getting married in August in Georgia at an outdoor venue. If I hadn’t had the foresight to rent an extra dress shirt and bring an extra undershirt, the reception would’ve been pretty gross because, after the ceremony and the photos, I was soaked through.

Best part: “It can be tempting to say ‘I’ve done this before, do what you want,’ but that’s not going to make your intended very happy. The whole point is that you should be planning this together — even if you just say ‘that sounds good’ in a bunch of different ways. Be involved, be present, and correct the mistakes you made the last time if you checked out or didn’t keep yourself in the moment.” 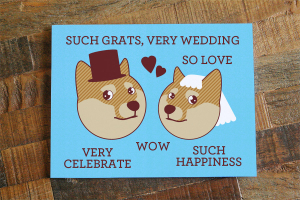 3. Don’t Write What You Know — I really wish I could send this column to everyone who writes a book titled Verbed by the Adjective Noun (except Chuck Tingle, who is great just as he is), because all these people are doing is writing the same book but exchanging the characters, settings, and various bad boys (it’s always a bad boy of some sort) but keeping the same plot. Why do people want to read the same book over and over? That’s not the point of fiction.

Best part: “How many novels or short-story collections have you seen or heard about where the main character is a professor at a small liberal-arts university and the rest of the cast is the ‘quirky’ people they deal with on a daily basis?” 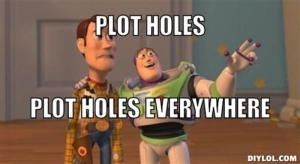 2. Health Insurance — I suppose the content of this column is going to be moot in a couple of weeks after the new regime guts everything that the old one did, but in general the problems with company-offered health insurance will remain. Hopefully we won’t go any farther backward than we were under President Bush (43), but there’s this thing about political pendulums — they swing wider and wider each time. So I wouldn’t expect insurance to get any better in the next four years, unless you’re a one-percenter. 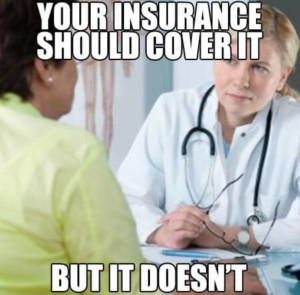 1. Presidential Election Screwups — This column is especially relevant given that we’re about to inaugurate our 45th President of the United States, who lost the popular vote by about three million despite winning the electoral vote by a decent margin. And if I could just step up on my soapbox for a second: voting takes work and time. It’s harder than just posting a meme on Facebook or half-watching a political speech while playing Candy Crush. It involves preparation, motivation, and time spent not on your phone or video game system. Maybe the right was right in that many young liberals (especially the Selfie Generation) don’t want to actually do any hard work to achieve what they want. The young conservatives got off their asses and voted for the person they thought should win — and whether you agree with them or not, at least they tried.

Best part: “Well, KDKA, I’m sure you thought you were doing a good thing by broadcasting the returns — especially given that your signal was strong enough to be heard across almost the entire eastern US — but if you hadn’t done that, maybe we wouldn’t be in the 24-hour election media shitshow that we face every two years.” 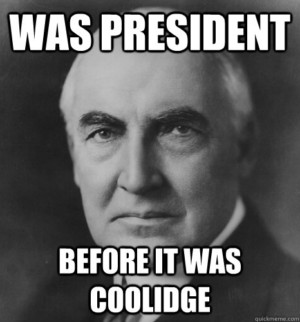 To my sheer amazement, the column I wrote that has gotten the most traction is this one, which was supposed to be just a funny little thing about the game Two Dots. I found myself answering more and more questions about how to play the game in the comments, so to save time I created A Very Unofficial Guide to Two Dots. It hasn’t gotten quite as much traffic as the column (yet), but in terms of things I wrote that were most read in 2016, that’s definitely at the top of the list.

Either that, or the post I put on Facebook showing that I was married. But people who read that post didn’t buy any of my fiction, and people who read my column and the Two Dots guide… well, at least a couple of them have done. Maybe you could become one of them? 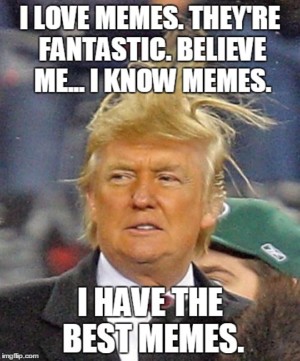